2019 will be the final year Vancouver Rape Relief qualifies for its city funding until it agrees to change its female-only policy. 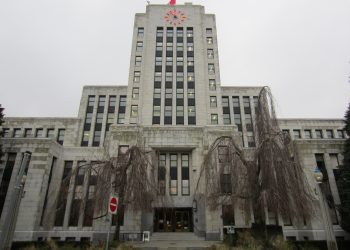 I was outraged yesterday to discover that Vancouver City Councilors Sarah Kirby-Yung, Pete Fry, and Christine Boyle, at the drone-like beckoning of trans-ideologue and BC NDP Vice President Morgane Oger, presented a resolution to deprive the Vancouver Rape Relief (VRR) women’s shelter of funding unless it began allowing male-bodied individuals access to its intimate services.

As a result of Kirby-Yung, Fry, and Boyle’s resolution, along with Oger’s campaigning, 2019 will be the final year VRR qualifies for its city funding until it agrees to change its female-only policy. The VRR is Canada’s oldest rape crisis shelter and had been providing 24-hour services for women who were the victims of male violence. They also provided specialized education on violence against Indigenous women and women of colour, which is something I can specifically appreciate.

The assault on VRR is a but a single, extreme example of a women’s only space being eliminated to satisfy angry, radicalized biological males who demand female acquiescence for identity validation.

And female acquiescence seems to be the only thing that trans-ideologues require to “be” or “feel” female. Vaginas do not make a woman, nor do having uteruses, the ability to bare children, give birth, or experience the systemic, life-long discrimination and oppression that has historically only come with having those things. No, those don’t “make” a woman at all. The only things that “make” a woman, and are fundamental to the mental wellbeing of radical trans-activists, is access to bathrooms, gynecologists, and—now—rape shelters.

Prisons are another place where women have disturbingly been deprived of their ability to be free of the male body. It is no surprise or myth that many women in the correctional system are survivors of domestic abuse and/or sexual violence. In other words, the victims of men. But trans-women have demanded access to these spaces—penises, sex assault convictions and all – in some odd form of “woe is me” that much resembles the narcissistic self-victimization that one could expect from abusers. Oh, and lest we forget patting men on the back on, what else, but International Women’s Day.

The misogyny of these trans-activists should be inherent in their delusion that they can become women, totally. Totally, as such, to the point of there being a movement of trans-women with male bodies demanding recognition as lesbians. In fact, 60% of trans-women identify as “lesbians,” and actual lesbians who, understandably, are not attracted to their male bodies have been decried as the “penis police” and as “transphobes.” In any other circumstance, a male body demanding a female body provide it with sexual recognition would be rightfully considered abuse.

If it is not clear now, then it should be apparent be in their manipulation of language. Othering females so as to differentiate and separate them from their own sex—cis women, how I hate that term – as though we were anything but authentically, simply, women. The lovely Barbara Kay precisely defined this as the “dilution of women.”

If, still, an argument is needed to convince you of the incredible hatred of women these radical trans activists harbor, then you only need to look to their invention of a slur to define and defile women who advocate for women—TERF (Trans-exclusionary radical feminist). As though feminism had some sort of obligation to include men, and do anything more than advocate for women as women, trans activists have taken a page straight from the ghosts of misogyny’s past in creating a bite-sized version of “feminazi.”

Women who seek the uncompromising liberation and safety of women from the influence and ire of men are trash who deserve to be doxed, de-platformed, and put in their place. Where is that ‘place’? That which the penis has decided, of course! The non-penis. The external vagina. The front hole—That disgusting, dehumanizing term that could have only been thought up in a distinctly male brain. Apologize, acquiesce, and give access to those services which were created to help women escape those very female penises in the first place.

I’ll never forget my first reading of that Germaine Greer classic, the Female Eunuch, and how one sentence penetrated me so deeply; “Women have very little idea of how much men hate them.” Greer, a women’s rights icon, was one of the many casualties of trans activism, and was thoroughly de-platformed in 2017-18 after 47 fucking years of feminist activism for her comments on trans women. Those comments? That trans women were not women. They could never be or understand what it was like to be.

Understanding femaleness is important. The impact of “trans women are women” is far reaching and isn’t limited to giving male bodies access to women’s spaces. ‘Trans women are women’ inherently denotes that the idea that women suffer a distinct, unique form of oppression at the hands of men – an oppression which shaped and defined them, is gone. How can women experience a distinct, targeted form of sexual, gender-based violence if women, effectively, do not exist? If they are social constructs, transient thoughts in the mind of whoever decides they’d like to be one?

Trans activists would literally rather deny the concept of a unique female oppression than admit the existence of un-appropriable femaleness.

And if that doesn’t convince you of how much these people hate women, I don’t know what will.