LGB Alliance maintains that homosexual people are same-sex attracted; whereas Mermaids attempts to redefine the word to mean "same-gender attracted." 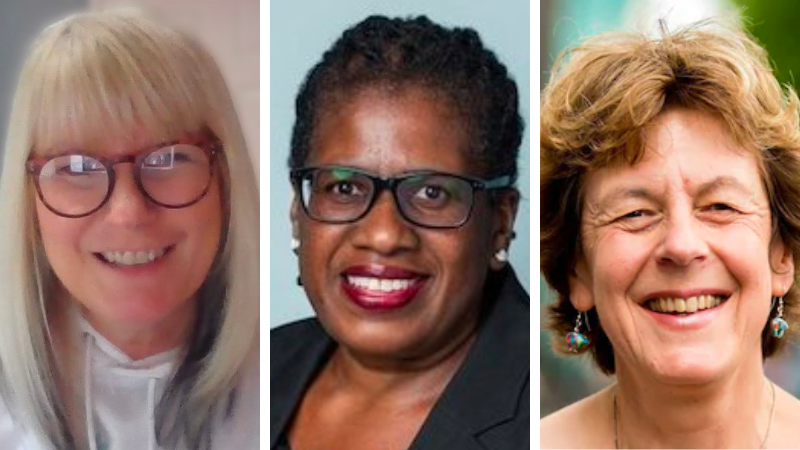 Mia Ashton Montreal QC
Sep 14, 2022 minute read
ADVERTISEMENT
ADVERTISEMENT
Mermaids, a UK charity which describes itself as “helping gender-diverse kids, young people and their families” is challenging The Charity Commission’s decision to award charity status to LGB Alliance. LGB Alliance “exists to provide support, advice, information and community to men and women who are same-sex attracted.” The group was formed in 2019, and registered as a charity in 2021.

One of the main areas of contention between the two groups is the definition of what it means to be homosexual. LGB Alliance maintains that homosexual people are same-sex attracted; whereas Mermaids attempts to redefine the word to mean "same-gender attracted." This opens up the door for males who identify as women, who are also attracted to women, to claim they are lesbians, despite simply being males who are attracted to women, which is typically known as "straight."

Mermaids alleges that LGB Alliance’s real purpose “is the denigration of trans people and the destruction of organizations that support them, in particular through political lobbying.” Mermaids does not believe that a group founded by lesbians to serve the lesbian, gay and bissexual community has a right to exist.

By alleging that it is "hateful" for lesbians to not wish to serve males who claim to be lesbians, Mermaids has taken the unprecedented step of trying to get a UK court to remove charitable status from what is essentially a charity that opposes them.

"Gender identity theory says that males who 'identify' as women can call themselves lesbians. This is a kind of theft—stealing our word for ourselves—and we will not, do not accept it," said Bev Jackson, co-founder of LGB Alliance.

This is one of the statements which Mermaids has interpreted as meaning that LGB Alliance’s “political objectives [are] designed to roll back legal protections for trans people.”

They also accuse LGB Alliance of campaigning to stop LGBT charities from advising schools and government bodies on trans rights, and calling for investigations into both Mermaids and the LGBT charity Stonewall. Both of these groups push an agenda of gender identity in schools, and this is something that LGB Alliance opposes, believing instead that healthy children don't need to undergo medical treatment to be who they really are.

Susie Green, CEO of Mermaids, does not share this belief. She took her child, Jackie, to Thailand for sex-reassignment surgery as a 16th birthday present. When discussing the child’s penile inversion with friends, she famously joked about how  “there wasn’t much there to work with” because Jackie had been on puberty blockers from a very young age and hadn’t developed sufficiently. She had obtained the puberty blockers online from a doctor in the US because at the time they were unavailable in the UK.

In 2020, LGB Alliance called for “a full parliamentary investigation into the influence of Mermaids on the NHS-funded work of the Tavistock GIDS Clinic, and of the leadership of the clinic where so many young LGB lives are being destroyed.” Tavistock gender clinic was later shut down after a report showed that their methods of treating gender dysphoria were neither "safe or viable."

“We will stop the rollout of Stonewall’s 'LGBT-inclusive curriculum' for primary schools …Stonewall’s curriculum focuses on gender identity, and suggests to kids that they may have been born in the wrong body. It does not belong in any classroom," Jackson said.

LGB Alliance has been vocal about the effect it believes gender identity ideology has on children, particularly gender-nonconforming children who will likely grow up to be gay or lesbian.

The attest to their mission to “work to protect children from harmful, unscientific ideologies that may lead them to believe either their personality or their body is in need of changing. Any child growing up to be lesbian, gay or bisexual has the right to be happy and confident about their sexuality and who they are.”

They have also stated that they believe themselves to be “the only group in the UK that defends and promotes the interests of LGB people … on the basis of biological sex”. All other charities representing the LGB community in the UK have added trans to their agenda, which many people believe is in direct conflict with LGB interests.

There was abundant evidence of this apparent conflict during the first day of witness testimony.

The first to give evidence in support of Mermaids was Paul Roberts OBE, the chief executive of LGBT Consortium.

During an extraordinary cross-examination he confirmed that he believes it is transphobic to say that someone with a female body cannot be a gay man; that lesbian dating apps should include male cross-dressers, and that he didn’t know whether men were stronger than women nor whether they were more prone to violence, because he “is not an expert” and didn’t “have the statistics.”

When Reindorf pressed this point by explaining that “we exclude all male bodies because we have no way to distinguish between the overwhelming number of men who are not violent and those who are,” Roberts replied: “I can't answer this without thinking about vulnerable transwomen.”

Reindorf described a lesbian couple in which one is butch and the other femme, asking “aren’t they a straight couple based on gender identity?” Roberts replied: “I don’t believe there are many lesbian couples like that.” This statement was met with an outburst from the spectators.

On the subject of paediatric medical transition, when presented with the information that many of these young gay and lesbian people have irreversible surgeries that make them sterile, Roberts simply replied, “I guess.”

This is not the first time a founding member of LGB Alliance has ended up in a courtroom. In July, barrister Allison Bailey won part of her discrimination claim against her employer when a tribunal found that she had been discriminated against on the basis of her gender-critical beliefs.