If you haven’t noticed for the past few days, the governing Liberal party has attempted to persuade Canadians that should Andrew Scheer be elected, a women’s right to an abortion will vanish seemingly overnight. 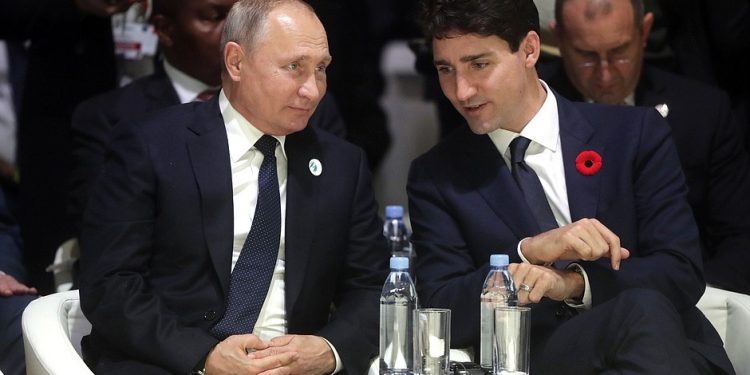 If you haven’t noticed, for the past few days the governing Liberal party has attempted to persuade Canadians that if Andrew Scheer were to be elected, a women’s right to an abortion would vanish overnight.

On Thursday, the party sent out a fundraising email to supporters calling it “alarming” that a dozen Conservative MPs had attended the recent March for Life, a yearly anti-abortion rally on Parliament Hill.

Following the letter, the Minister of International Development published a tweet calling out many Conservative MPs for attending the March for Life.

In the tweet, the Minister directly stated that both Andrew Scheer and the Conservative Party disagreed with a women’s right to choose when it comes to abortion.

Monsef was not the only cabinet minister to support the insinuation.

The rhetoric is by no means surprising, with Alabama and potentially other American states grappling with some of the most extreme anti-abortion bills in North America, the atmosphere surrounding the issue has become tense. The Liberal government has decided that at this moment they should grab votes  by playing off the hysteria coming from an American policy debate.

This ill-timed rhetoric is bizarre, divisive, and borders on a disinformation campaign.

Canada has virtually no laws forbidding abortion, we even allow late-term abortions with reason, and no viable party in the country plans to do anything about it.

This has been the case since the Supreme Court struck down laws against abortion in 1988.

Even in areas of the law where changes could make sense, parties have shown zero desire to put forward any policy. For example, in Canada, when a mother and her unborn baby are killed, those deaths will only count as one.

That particular idiosyncrasy is worrying enough to even pro-abortion activists and centre-left publications like the Toronto Star, who’ve written about the issue. Despite these concerns and the potential to have an across the aisle political agreement, no one has been willing to take on the risk required to seriously address them.

Even during the almost decade long period of Conservative rule, the Harper government refused to pass any legislation designed to change abortion access in Canada.

“The only person who is bringing up this issue time and time again is Justin Trudeau,” Scheer said. “I’ve made it very, very clear. Canadians can have absolute confidence that a Conservative government after the election in October will not reopen this issue.

“This is typical Liberal desperation.”

The overall comments made by the Liberals are worrying.

The fact that they have repeatedly attempted to put forward policy which could destabilize the journalism marketplace through unequal subsidies, while also considering tight-fisted regulations against outlets who put out what they believe to be”disinformation,” makes this issue all the more concerning.

Forget that many who put forward media regulations often intend to censor those they disagree with, the line about “disinformation” is notable here because the Liberals have, in my opinion, clearly engaged in it.

Aaron Wudrick, the federal director of the Canadian Taxpayer Federation, described the hypocritical nature of what has been proposed best when he tweeted, “the problem with politicians complaining about fake news is that all too often they’re among the biggest purveyors of it.”

Even our sunny ways loving PM has not been above the fray. According to the Canadian Press, the Prime Minister was caught openly lying earlier this month.

The PM falsely asserted in Question Period that ‘every single’ refugee claimant has been screened.

We have made sure that every single person crossing our borders, whether legally or illegally, gets processed according to all our rules. We have seen over the past years all around the world an increase in migration and in asylum seekers happening everywhere, and Canada is not immune to that. However, we have a strong immigration system that continues to apply all its steps to everyone crossing the border.Prime Minister Justin Trudeau

If the PM and his party can openly engage in such dishonest campaigning, how can we ever trust them to regulate the media or the platforms that feed them?

What do you think about this situation? Would you trust the government to be involved in online regulation?