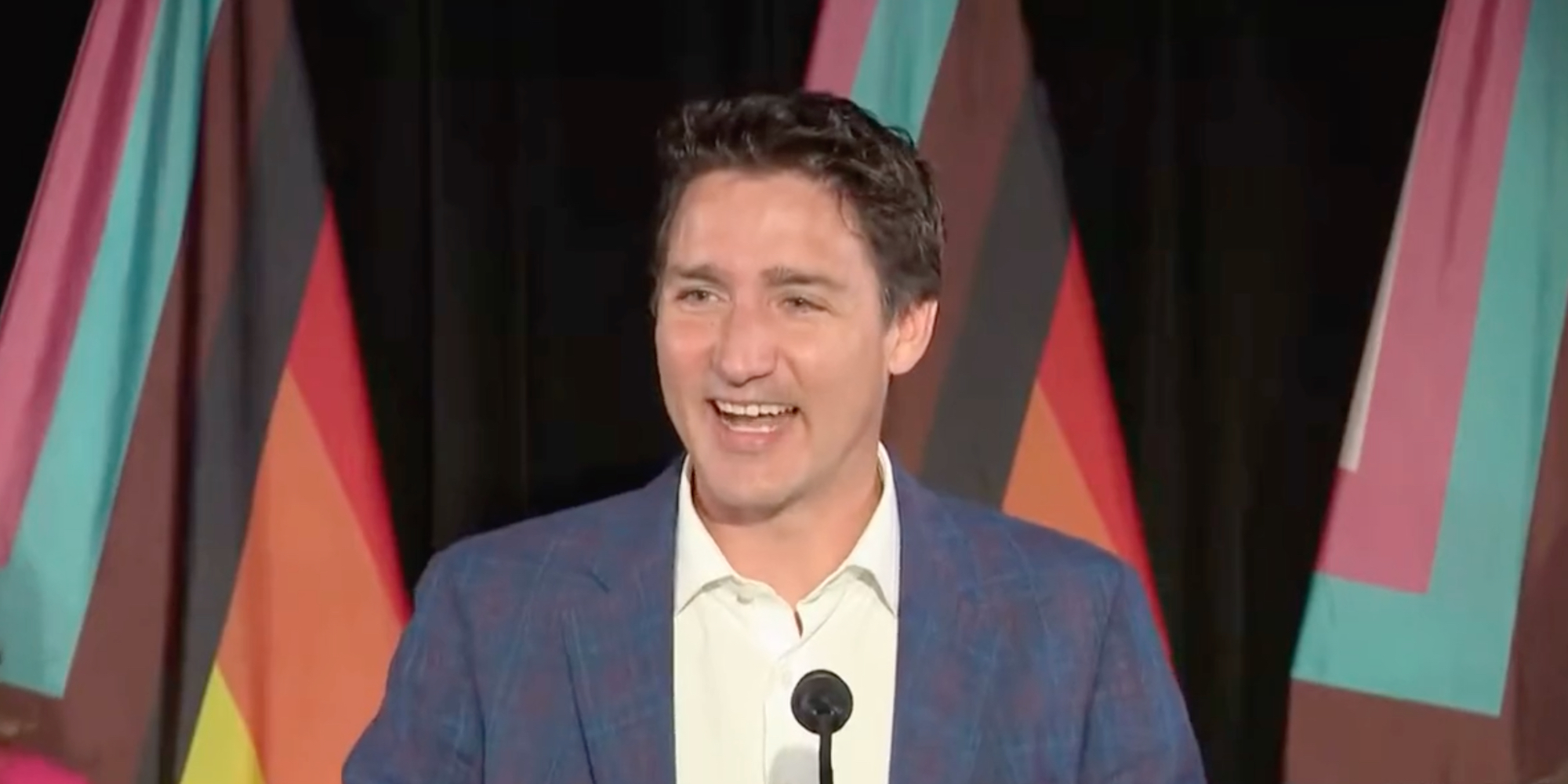 Goals of the plan include advancing 2SLGBTQI+ rights both in Canada and around the world via laws such as the recently passed criminalization of conversion therapy, as well as using data and investing in awareness campaigns to "improve understanding of 2SLGBTQI+ communities and issues."

The cost of the action plan was accounted for in the 2022 federal budget, and on Sunday, Trudeau unveiled exactly where the money would be going.

The bulk of the funding, $75 million, was set aside for 2SLGBTQI+ community organizations, with prioritization given to those "experiencing additional marginalization," such as "Black, racialized, and Indigenous 2SLGBTQI+ communities," as well as those "with disabilities, seniors, youth, official language minority communities, and those living in rural communities."

Nearly $8 million has been allocated for data collection, and $5.6 million for the enactment of awareness campaigns.

Overseeing the implementation of the action plan is the 2SLGBTQI+ Secretariat, which will receive $11.7 million.

"Pride is a fantastic tradition and a truly meaningful one for all Canadians," Trudeau said while announcing the action plan's creation.

"Canada’s 2SLGBTQI+ Action Plan is a historic collaborative effort that will help build a more inclusive country," Ien said. "Founded on the hard work of community members, organizations, and allies, this Action Plan will set an example for generations to follow."

Defence Minister Anita Anand applauded the plan, saying it would "help us build a Canada where everyone is free and welcome to be their true, authentic selves."

The government justified their choice to use the acronym 2SLGBTQI+ noting that is it "more inclusive and places the experiences of Indigenous 2SLGBTQI+ communities at the foreground as the first 2SLGBTQI+ peoples in North America."