Trudeau Liberals, UK leaders offer tribute on Transgender Day of Remembrance to the 0 trans people killed in their countries

On the 23rd annual Transgender Day of Remembrance, and politicians and leaders around the world marked the occasion in the usual fashion: by paying to tribute to the zero transgender people murdered in their respective countries. 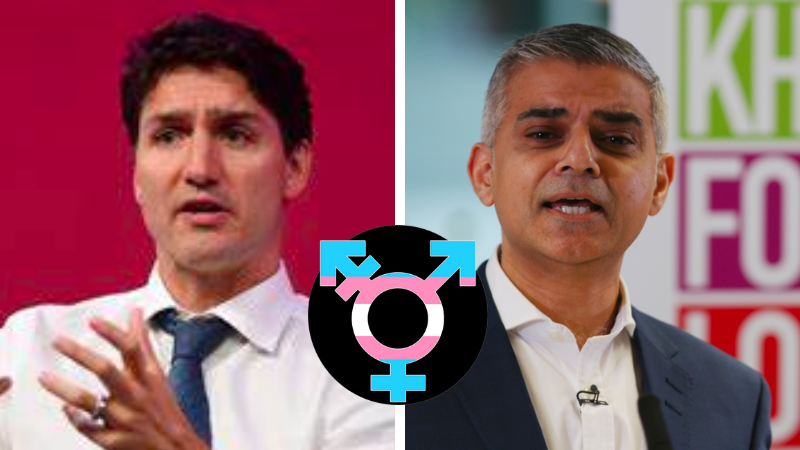 Sunday was the 23rd annual Transgender Day of Remembrance, and politicians and leaders around the world marked the occasion in the usual fashion: by paying to tribute to the zero transgender people murdered in their respective countries.

Justin Trudeau and Jagmeet Singh tweeted in remembrance of those who have been lost to transphobia, despite the fact that not one trans-identified person in Canadian has been reported murdered during the past year, and the UK Labour Party and Mayor of London Sadiq Khan stood against bigotry and violence while also remembering precisely no one.


Twitter users were quick to point out that the transgender community is one of the safest demographics, making these statements were little more than empty virtue-signaling on the part of politicians.

In response to criticism of his claim that lives have been lost to “anti-trans hate crimes,” Mayor of London Sadiq Khan responded with the wildly overblown statistic that 41% of transgender people in the UK had been the victim of a hate crime in the past year.

Ignoring the fact that these were obviously not fatal, the number refers to reported incidents, not charges laid, meaning many were likely just people taking offense to something said on social media.

A Canadian feminist pointed out to Jagmeet Singh that while he has been busy paying tribute to the Brazilian trans-identified male sex workers who make up most of the transgender people murdered each year, plenty of Canadian women have been been murdered by men.

The myth of the transgender murder epidemic is necessary to sustain the belief that the transgender population is the most oppressed and vulnerable group in society, justifying the demand that women give up the safety and protection of female-only spaces in order to satisfy the demands of males who identify as women.

But as Ritchie Herron explained on Twitter, it is not just those who were murdered in acts of transphobic violence that are included in the remembrance services, but rather every transgender person who dies, regardless of the circumstances.


Herron uses the example of Vanessa Amos, a young detransitioned woman who died in suspicious circumstances in 2021, just months after her decision to detransition. Herron wonders how many of those who commit suicide because of transition regret are being counted in the list of those lost to transphobic violence.

Verity Ritchie, a transgender blogger, wrote that most of the murders attributed to transphobia in the US could not be confirmed and appeared to be due to either random acts of violence or during sex work or drug deals gone wrong, and that contrary to the approved narrative, transgender people are actually one of the safest demographics in the US.

“Not only have we been living in this fear, the same fear which told me I wouldn’t live to see 36, but we have been appropriating a violence which is not happening to us,” concluded Verity Ritchie. “Knowing what I know now, I feel empowered. I realize I’m not a victim, at least not to the degree I thought I was. The weight on my shoulders is lifted; I have room to move and power to act.”