"We see a bit of a slippage in our democracies—countries turning towards slightly more authoritarian leaders." 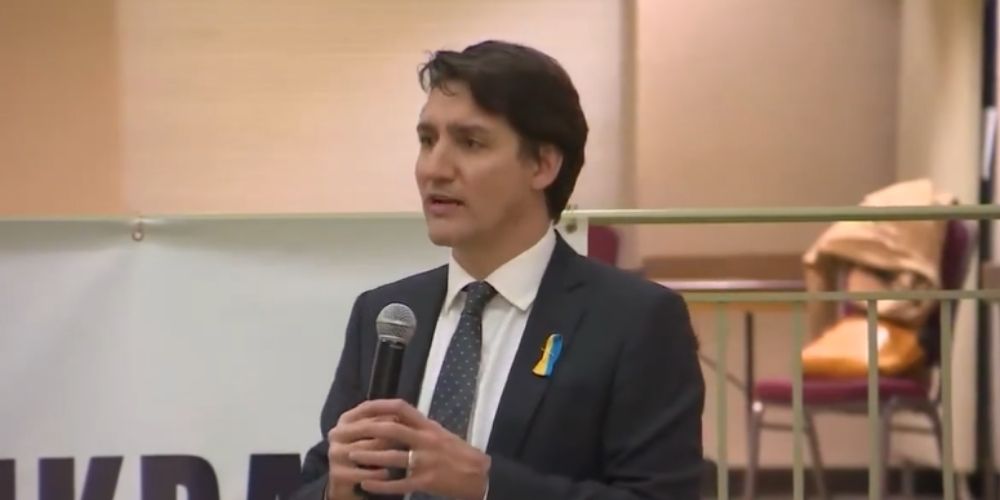 Prime Minister Justin Trudeau contradicted himself Friday, when he gave a speech at the Ukrainian community of Etobicoke, Ontario. In his speech, Trudeau lambasted the new trend of authoritarian governments rising up.

The Prime Minister discussed the "slippage" in our democracies, while seemingly unwilling to discuss his own authoritarian crackdown on pro-freedom Canadian truckers—an inquisition against his own people, pursued with an unprecedented activation of the Emergencies Act on the freedom protesters.

"We've come to a moment that quite frankly, we've seen coming over the past years," Trudeau told the Ukrainian community in Etobicoke.

"We've talked about it in in the news, not just about Ukraine, but about democracies around the world that we see a bit of a slippage in our democracies," he continued while speaking at the Etobicoke church.

"Countries turning towards slightly more authoritarian leaders—countries allowing increasing misinformation and disinformation to be shared on social media turning people against the values and the principles of democracies that are so strong," Trudeau went on.

In this quote, Trudeau is seemingly attempting to advocate for further censorship as a means to prevent authoritarian ideals from poisoning the minds of Canadians. The objective of censoring Canadians is not new for the Trudeau government.

Just a year ago, the Liberals attempted to pass legislation that would force every social media user to be accountable to a government bureaucracy. This was Bill C-10, which is now currently being re-introduced as Bill C-11.