The PBO projected another $2.7 trillion in debt before the Trudeau Liberals balance the budget in 2070, in addition to the current $1 trillion in existing federal debt. Interest charges will cost taxpayers about $3.8 trillion by 2070. 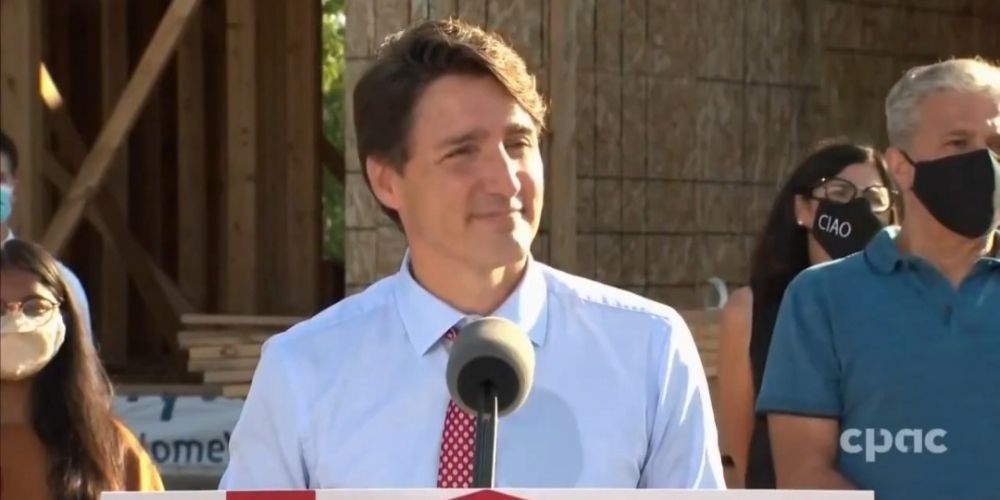 "Our fiscal and costing plan is responsible, fair, transparent, and prudent,'' the costed Liberal platform reads. It includes $13 billion in promised new spending this fiscal year and a total of more than $78 billion over the next five years.

"As part of this framework, we are committed to fulfilling our long-term fiscal anchor," the platform reads. "This plan will continue to reduce Canada’s debt as a share of the economy over time, and our deficit is decreasing every single year."

Trudeau claimed that his party was working towards a balanced budget, citing falling debt as a share of revenues. New government revenues are projected to rise from $436 million this fiscal year to $8.178 billion in 2025-2026.

"I made a promise during this pandemic," said Trudeau Thursday, "to have people's backs every time I came out of my house, early on in the pandemic, to talk directly to Canadians. I told them I'd be there for you. And that's exactly what we've done."

Their plan is based on the Parliamentary Budget Officer’s (PBO) August 2021 economic baseline and includes assumptions for incremental debt and debt charges based on their publicly available model.

"We project public debt charges to nearly double from their 2020-21 level, reaching $37.6 billion in 2025-26 due to record debt accumulation and higher interest rates," the economic baseline reads. "That said, we project that the Government’s debt service ratio, that is, public debt charges relative to tax revenues, will rise only modestly (1.4 percentage points) above its 2019-20 level to 10.1 percent by the end of our projection horizon in 2025-26."

"Over the medium term, we project the budgetary deficit to decline to $24.6 billion (0.8 percent of GDP) in 2025-26 and the federal debt-to-GDP ratio to reach 44.2 percent of GDP by the end of our projection horizon."

According to supplementary data released by the PBO in its June Fiscal Sustainability Report, the federal government will not return to a balanced budget until 2070 under the status quo.

The PBO projects another $2.7 trillion in debt before balancing the budget in 2070, in addition to the current $1 trillion in existing federal debt. Interest charges will cost taxpayers about $3.8 trillion by 2070.

"Prime Minister Justin Trudeau promised Canadians he would balance the books in 2019, but it turns out that we will have to wait about 50 years before we see a balanced budget," said Franco Terrazzano, Federal Director for the Canadian Taxpayers Federation. "Racking up trillions of dollars in debt and interest is not okay, and that’s why we need to see federal politicians start taking deficits seriously."

"[Our government] wasn't just being there for people because we're nice, although of course, we are. It was there because that is the best way to ensure a strong recovery," said Trudeau Thursday.

"Our budget showed our ambition … [and] also shows the responsible fiscal track [record] with our fully costed platform."

Based on long-term spending projections from June’s report, the deficit increases considerably in 2029 from $39.844 billion to $55.324 billion and continues to grow gradually until 2046 to $75.951 billion. It will take until 2070 to see a balanced budget, where the federal government hopes to incur a $5.117 billion surplus.

June’s PBO projections predicted the federal government’s then net debt of 37.7 percent of GDP would be eliminated by 2090 in the absence of policy changes. But Terrazzano believes if things don’t change, "Canadians will lose out on a tonne of money to the bond fund managers because of government debt interest charges."

That money can’t go to health care or lower taxes because of these huge debt interest costs," he said. "Politicians should not be okay with five decades of red ink and families shouldn’t be forced to pay for all the overspending, so we need the feds to roll-up their sleeves and save some money."

The PBO’s Fiscal Sustainability Report 2021 also finds that current fiscal policy, if maintained over the next 75 years, is not sustainable over the long term for the government sector as a whole. But attributes increasing government indebtedness to the provinces, which the report claims "will more than offset the fiscal flexibility at the federal level."

"Relative to the size of the Canadian economy, total net debt would ultimately rise above its initial level over the long term," said PBO Yves Giroux in a release. "That being said, government indebtedness is projected to remain well below its peak observed over the last 30 years."

"Given their temporary nature, federal COVID-19 support measures do not have a material impact on long-term fiscal sustainability," he added. The estimate of the federal fiscal room is effectively unchanged from the PBO’s November 2020 assessment and reflects an improvement in the medium-term outlook for nominal GDP and revenues.

"That being said, government indebtedness is projected to remain well below its peak observed over the last 30 years," continued Giroux.