The principal Secretary to Justin Trudeau, Gerald Butts has resigned. 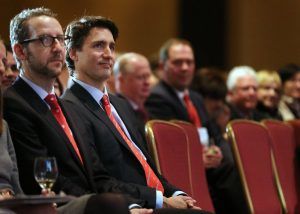 The Principal Secretary to Justin Trudeau, Gerald Butts has resigned from his position in the Prime Minister's office.

Gerald Butts, was one of the key people involved in the accusations  that members of the Prime Minister's Office pressured the former Justice Minister, Jody Wilson-Raybould, into intervening on criminal charges on behalf of SNC-Lavalin.

"Recently, anonymous sources have alleged that I have pressured the former Attorney General, The Honourable Jody Wilson-Raybould, to assist SNC-Lavalin with being considered for a deferred prosecution agreement. I categorically deny the accusation that I or anyone else in his office pressured Ms. Wilson-Raybould," said Butts in his statement.

"I have at all times given the Prime Minister free and unfettered advice. I have served the public interest, not the interests of any individual or any narrow private interest of any kind, at any time."

The resignation of Butts comes shortly after Jody Wilson-Raybould left her position as the Minister of Veterans Affairs in the Liberal cabinet.

"My reputation is my responsibility and that is for me to defend. It is in the best interests of the office and its important work for me to step away," said Butts.

Currently there are two ongoing investigations into the accusation of political interference, one by the ethics commissioner and the other by the federal justice committee.

Butts, alongside Wilson-Raybould have been excluded from the justice committee's witness list.