Trudeau's vaccine passports are an affront to liberty

The ferocity with which authorities and the general public are calling for their fellow citizens to either capitulate or be cast out of functioning society is shocking and irrational. 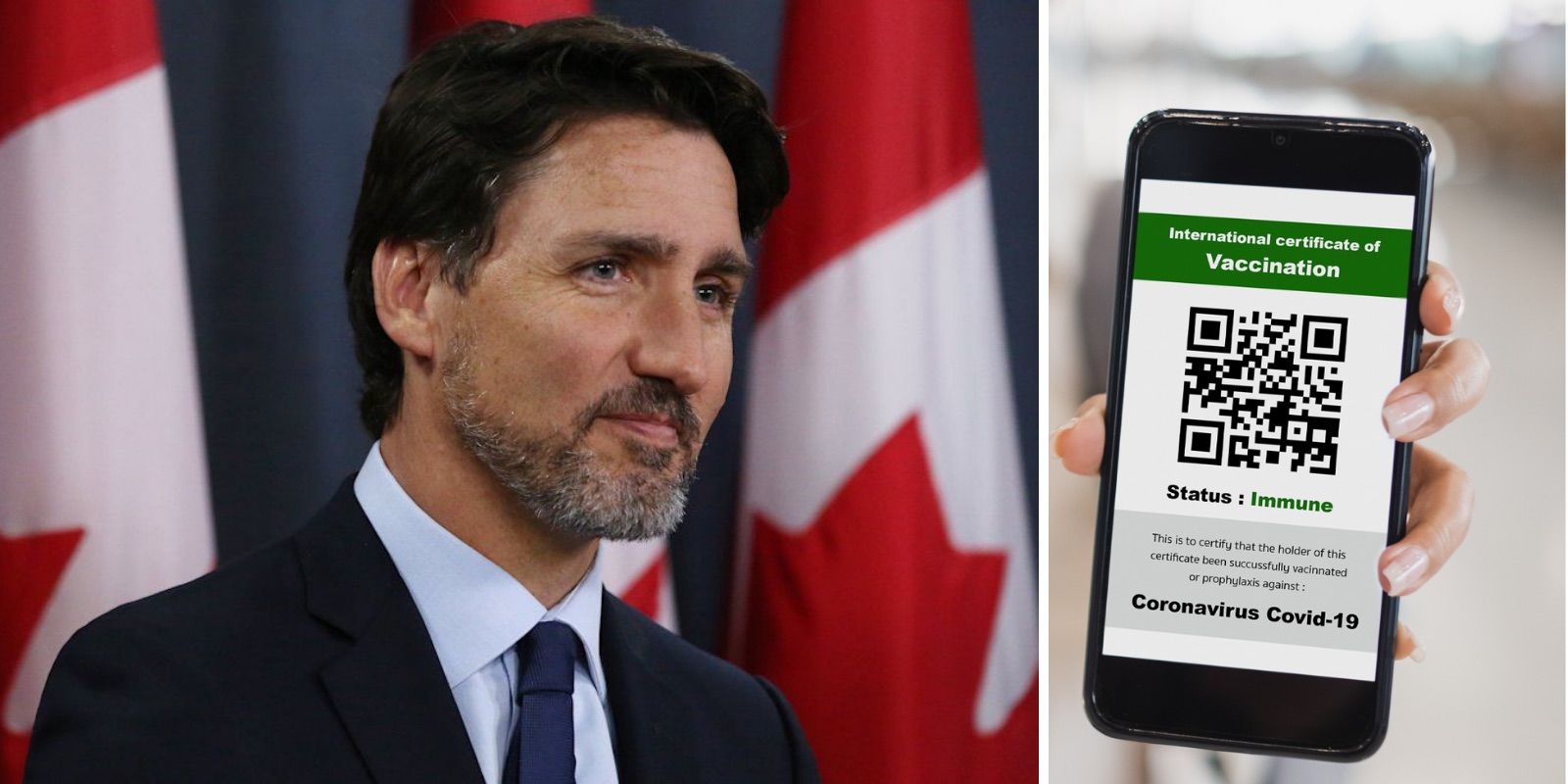 The federal government's announcement on August 11, 2021, that it will implement a national Covid vaccine passport for international travel in the early fall of 2021 appears to have set off a cascade of vaccine mandates and public pressure for provinces, universities, and private businesses to follow suit. Prime Minister Trudeau's announcement marks a significant reversal of his previous statements that a vaccine passport would "have divisive impacts on community and country."

As with lockdowns in the spring of 2020, once one province or institution succumbs to public pressure, a domino effect occurs. We are seeing that play out once again with vaccine passports and mandates. And as with lockdowns, anyone seeking to rationally balance the harms is disparaged as an "anti-vaxxer," no matter how many vaccines they or their children have previously accepted.

Calls are growing to make life as difficult as possible for those who won't get with the program. A Hamilton City counsellor even argued that people should not even be permitted to access grocery stores and hospitals without showing that they have been vaccinated.

It has been said that those who ignore history are doomed to repeat it. The full implications of widespread vaccine mandates are not yet known, but this much is certain: it will divide society. And the overreach being proposed by authorities like the Hamilton City counsellor is staggering. If we continue down this path, those persons who cannot or choose not to be vaccinated for Covid-19, as is their right, will be segregated and denied a normal existence. They will be vilified in the media and by government, ostracized by society and ultimately persecuted. They may even be denied food and medical care. Those who defend them will be censored, silenced, and punished.

The Justice Centre has received hundreds of emails from Canadians about this issue in the last weeks and months, and it is clear that individuals' reasons for choosing not to take the Covid vaccine shots to date are as diverse and nuanced as the pluralistic society in which we live. There are also those who are vaccinated yet have privacy concerns about being forced to show their medical status before being allowed by government to move freely about society.

Many point to the hasty rollout of the shots. Unlike other vaccines which take 5-10 years to undergo clinical trials and where long-term safety data can be studied, the Covid vaccines were rushed to market in mere months, even before clinical trials were finished. Those trials won't be completed until 2023. Section 7 of the Canadian Charter of Rights and Freedoms should protect the rights of Canadians to choose not to take a medical treatment that is still in the experimental phase.

Other Canadians have doubts about the efficacy of the shots. The right to have an opinion and to express it is protected in section 2(b) of the Charter, yet each new day brings more censorship and punishment for those Canadians, including medical professionals, who voice concerns about efficacy and safety. In a free and democratic society, the ability to have a conversation, including hearing various viewpoints, is not only a benefit, it is a right. Canadians have a right to see and hear the data and consider it for themselves.

Some Canadians point to countries such as Iceland, where approximately 75 percent of the population has been fully vaccinated, and over 90 percent of people over the age of 16 have had at least one shot. That country's Chief Epidemiologist recently conceded that herd immunity from vaccination has not and cannot be achieved, as the Delta variant can be contracted easily even by those who are vaccinated and spread to others. This reality echoes a CDC report from a July 2021 outbreak in Cape Cod, MA, where 469 Covid-19 cases were identified among residents who had travelled there and 74 percent occurred in fully vaccinated persons. Of the 5 hospitalized cases, 4 were fully vaccinated.

Others are concerned that a vaccine passport system ignores the fact that thousands of Canadians are naturally immune from Covid, having recovered from the disease.  Natural immunity has been proven to be very robust. In Israel, where approximately 60 percent of the population is fully immunized against Covid, data presented to the Israeli Health Ministry revealed that coronavirus patients who recovered from the virus were far less likely to become infected during the latest wave of the pandemic than people who were vaccinated against Covid.

Many Canadians are concerned about government coercion to take experimental vaccines, and potential side effects of the vaccines, all of which have Health Canada warning labels for various conditions including myocarditis, pericarditis, Bell's Palsy, and thrombosis. Further, according to the US Vaccine Adverse Events Reporting System (VAERS), there have been 6,631 recorded deaths among people who have received a Covid vaccine.

And, as the Justice Centre has repeatedly reported over the last 17 months with statistical information from our governments' own websites, the risk of suffering a severe outcome or death from Covid is vanishingly small for children and young adults—even for most adults under 60, unless they suffer from multiple, serious co-morbidities. It would be perfectly reasonable for young adults to decline to accept these known risks, given their low risk of harm from Covid, and it is unethical for universities and colleges to demand this of them as a cost of getting an education. This is medical coercion.

The ferocity with which authorities and the general public are calling for their fellow citizens to either capitulate or be cast out of functioning society is shocking and irrational. Too many people have forgotten how to live in a free society and expect everything and everyone to be tightly controlled. The ability to move about freely, travel, congregate and socialize, are not privileges to be bestowed at the whim of bureaucrats and politicians, but are rather fundamental rights and freedoms that are enshrined in our Constitution. The Justice Centre exists to protect and preserve these rights and is determined to do so.

Lisa Bildy is a staff lawyer, and currently the interim president, of the Justice Centre for Constitutional Freedoms.