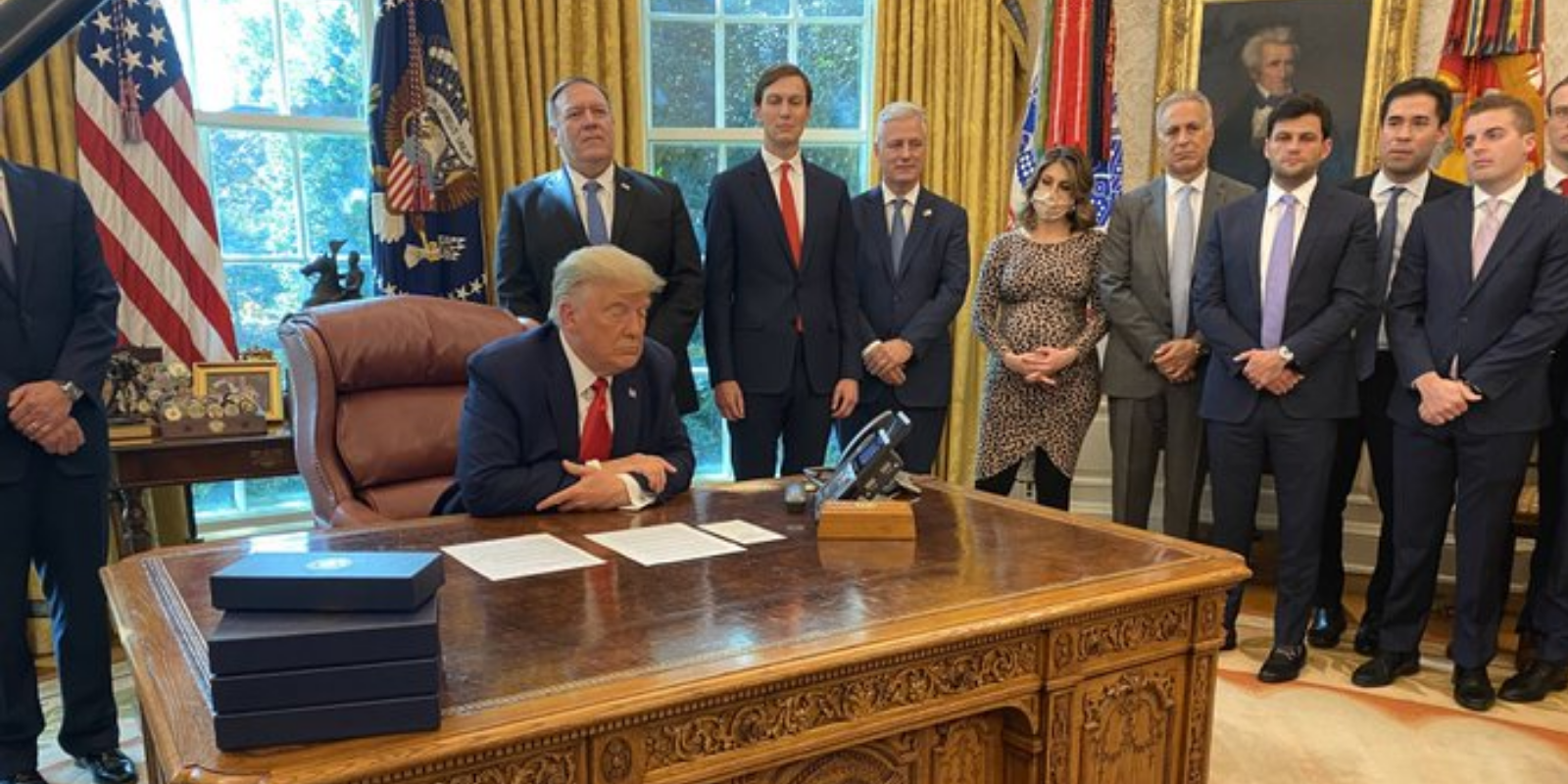 President Donald Trump announced on Friday that Sudan and Israel have agreed to normalize ties, according to White House Deputy Press Secretary Judd Deere. It will be the first time the two countries have had diplomatic relations. Trump additionally announced that five other countries are seeking to join the historic peace deals soon.

The announcement comes as Sudan seeks to improve its relationship with the United States, which has been fraught ever since President Trump subjected Sudan, along with six other countries, to a travel ban shortly after he assumed office in 2017.

Along with recognition of Israel, the Sudanese government has agreed to pay $335 million to the United States in compensation for victims of terrorism. The White House says that this achieves "the resolution of longstanding claims of victims of the East Africa embassy bombings, the attack on the USS Cole, and the murder of USAID employee John Granville."

In return, Sudan is likely to receive debt relief from the United States, access to American foreign aid, and an American trade delegation. Sudan will also likely be removed from Trump's travel ban and will be removed from the list of state sponsors of terror, according to Secretary of State Mike Pompeo.

American and Israeli officials made a secret trip to Sudan on Wednesday to discuss the prospects of normalization, multiple outlets have reported. While no details of the trip were released publicly, it apaprently included top aides to both Israeli Prime Minister Benjamin Netanyahu and President Trump.

This historic deal marks a stunning reversal from the "three nos" proclaimed in the infamous Khartoum Resolution of 1967, named after the capital of Sudan in which the talks leading to the resolution took place. The resolution declared that there will be "no peace with Israel, no recognition of Israel, [and] no negotiations with [Israel]."

President Trump took to Twitter to celebrate the announcement, describing it as a "HUGE win for the United States and for peace in the world."

In a joint statement between the United States, Sudan, and Israel, the Sudanese government was praised for their "courage" following "decades of living under a brutal dictatorship." According to the statement, the United States and Israel will aid Sudan in "strengthening their democracy, improving food security, countering terrorism and extremism, and tapping into their economic potential."

Multiple sources are also reporting that President Trump has said that five additional countries, including Saudi Arabia, are seeking to join the peace deal.

The deal is also a major victory for Prime Minister Netanyahu, who has sought to establish relations with many of Israel's Arab neighbours as the Middle East's geopolitics continue to shift. Having made little progress with the Palestinians and facing an aggressive and expansionist Iran, normalization of relations with Arab states has been a priority for ensuring Israel's regional security.

No date has been officially provided for when diplomatic relations will be established.