Giuliani is reportedly asking the commission to also add a fourth debate, and if the commission declines, is requesting the September 29th debate in Nashville. 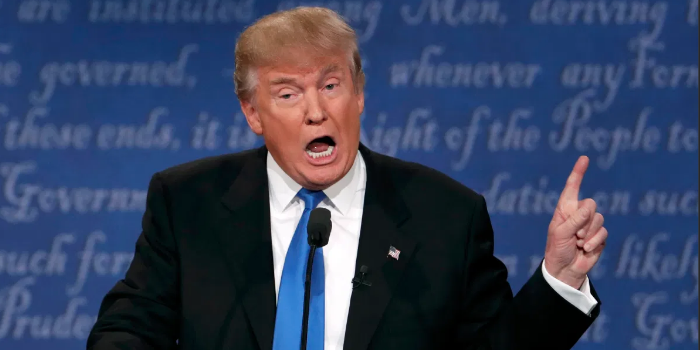 The campaign team for President Donald Trump is asking the Commission on Presidential Debates to move up the last presidential debate. According to Axios, the personal attorney and former Mayor of NYC, Rudy Giuliani, sent a letter today “requesting that the debate be rescheduled to the first week in September to get ahead of an expected surge in early voting.”

Giuliani is reportedly asking the commission to also add a fourth debate, and if the commission declines, is requesting the September 29 debate in Nashville, Tennessee be moved to the first week of September before ballots are sent. Almost eight million Americans in 16 states will vote before the first debate takes place on September 29th in Cleveland, Ohio. Giuliani told Axios that the debate timetable is an "outdated dinosaur."  The current debate schedule is structured like this:

In the letter, Giuliani also argues "For a nation already deprived of a traditional campaign schedule because of the COVID-19 global pandemic, it makes no sense to also deprive so many Americans of the opportunity to see and hear the two competing visions for our country’s future before millions of votes have been cast."