"Well, they should have never ended it," said Trump. 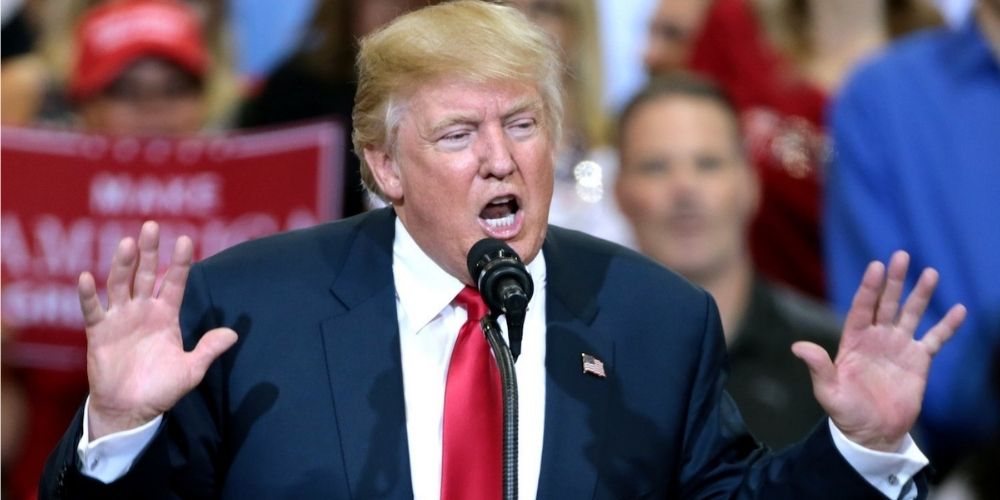 As the Biden administration reportedly positions itself to issue a statement alongside Mexican leaders on Thursday regarding the reimplementation of former President Donald Trump's "Remain in Mexico" program, per a court order, Trump on Thursday morning slammed Biden for ever ceasing the program to begin with.

"Well, they should have never ended it. If Joe Biden would have come in and just gone to the beach, he would have been successful in many ways because all of this stuff — the border was the best that ever was, and getting better. Drugs coming in was getting at a level that we've never seen before… in a positive way," Trump told Fox & Friends.

Fox & Friends host Brian Kilmeade questioned Trump, asking whether he felt a "sense of gratification" over his ridiculed policy being ordered to be reimplemented by the courts.

The US and Mexico are expected to announce an agreement that has been met regarding the terms of the Remain in Mexico program, formerly known as Migrant Protection Protocols, two US officials and a Mexican government official told The Washington Post late Wednesday.

The new version of the program "will be fairly close to the previous version," said another official with knowledge of the plans.

The program is expected to begin next week in San Diego and in Brownsville, Laredo and El Paso, Texas.

"Officials in the US are planning to initially use the program primarily for single adult asylum seekers, who account for the majority of illegal border crossings, according to one official," according to The Washington Post.

The Biden administration also plans to offer coronavirus vaccines to those placed in the MPP program, though shots will not be required. Travelers who come to the US legally are required to show proof of vaccination.