WATCH: Tucker Carlson slams Jan. 6 commission, saying 'This is the new war on terror... this war is aimed at you'

Tucker Carlson called out the newly formed January 6 commission, saying that it's exactly like the 9-11 commission, except this time the war isn't against al Qaeda or Isis, the war is against you. 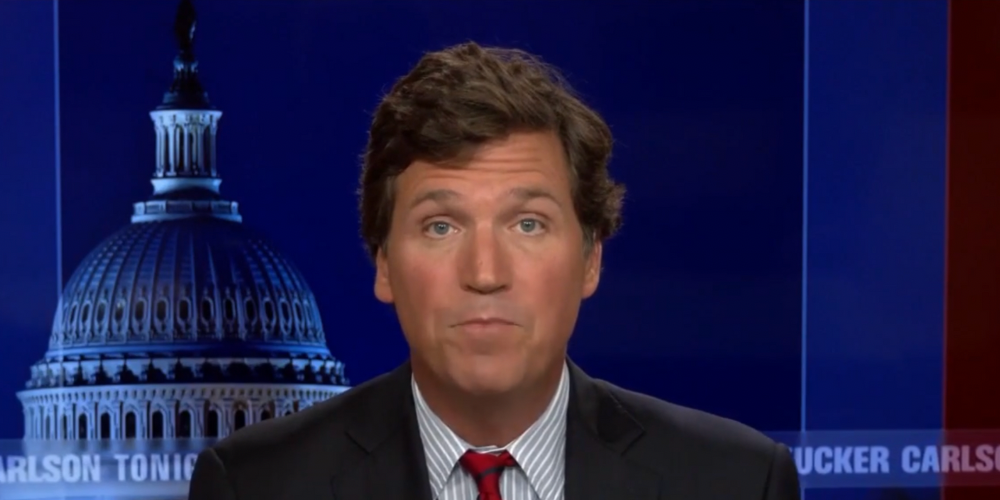 Tucker Carlson called out the newly formed January 6 commission on Thursday, saying that its language is taken nearly verbatim from that of the 9-11 Commission, except this time the war isn't against al-Qaeda or ISIS, the war is against you.

"This is the new war on terror. But this war is not aimed at al-Qaeda or ISIS. This war is aimed at you, and anyone else who stands in the way of the Democratic Party’s agenda," said Carlson.

Carlson pointed to the nearly identical wordings of the January 6 commission and the 9/11 commission, saying that that was no accident.

Carlson also called out the lawmakers who say January 6's events on Capitol Hill are the "greatest attempted insurrection since the Civil War," as Sen. Chuck Schumer called it.

Rep. Tim Ryan said that if they couldn't get bipartisanship on the issue, then how would they face big issues like China or climate change, adding that both political parties need to be "living in reality."

"Apparently, he made a compelling argument. Thirty-five Republicans in the House voted for the commission yesterday — they joining what Tim Ryan described as the party that’s "living in reality" — the party that wears surgical masks outside and thinks it’s possible to change your sex. The reality party," said Carlson, slamming the phrase used by Ryan.