The statement Davis made was a quote of a Pennsylvania supreme court decision allowing ballots that were received after election day without proper postmarks to still be counted. 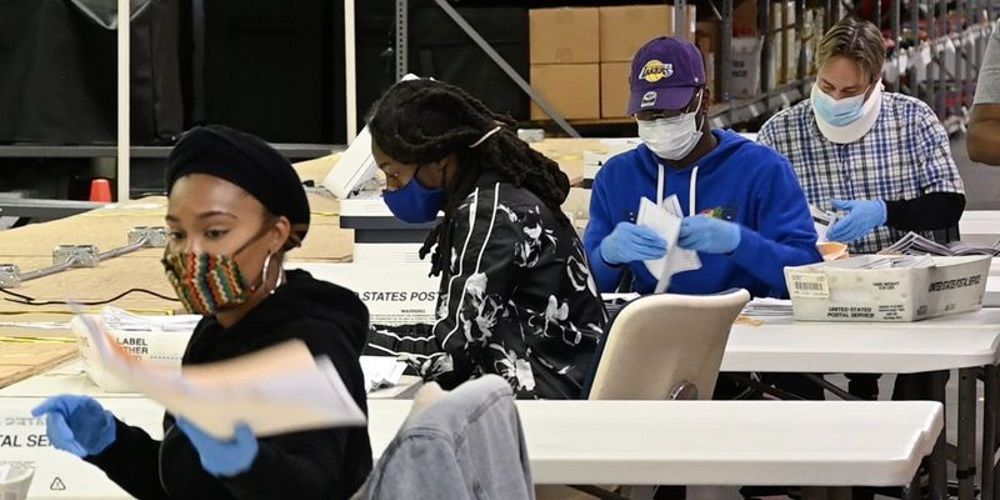 Co-founder of The Federalist Sean Davis was censored by Twitter for paraphrasing a Pennsylvania Supreme Court decision which ruled that ballots received after election day which are not postmarked would be presumed to have been sent in on election day, The Federalist reports.

The statement Davis made was a quote of a Pennsylvania supreme court decision allowing ballots that were received after election day without proper postmarks to still be counted. Apparently this seemed odd to Twitter, so they censored it, despite it being what the court actually ruled.

Davis's claim refers to Pennsylvania's supreme court decision which read "ballots mailed by voters by 8:00 p.m. on Election Day be counted if they are otherwise valid and received by the county boards of election by November 6, 2020. Ballots received within this period that lack a postmark or other proof of mailing, or for which the postmark or other proof of mailing is illegible, should enjoy a presumption that they were mailed by Election Day."

Twitter has censored tweets from various conservative activists, journalists, and politicians, including President Donald Trump, over what they describe as disputed or misleading election-related content. Conservatives across the United States are voicing their concerns over alleged voter fraud, especially in relation to mail-in ballots.

Others have taken to Twitter to express their concern over the Pennsylvania court's decision, while others are equally concerned with the censoring of the free press.

Other tweets from Sean Davis were also censored by Twitter throughout the day, including a tweet reporting on the actions of the President.

According to Twitter's civic integrity policy, "attempts to undermine the integrity of [Twitter's] service is antithetical to our fundamental rights and undermines the core tenets of freedom of expression, the value upon which our company is based."

It was reported on Tuesday evening that The New York Times falsely claimed on Twitter that it is the news media which ultimately declares a victor in the election.

In fact, the election victor is not declared until the election boards of individual states declare a victor and the electoral votes are tallied. Officially, the winner is not declared until December when the electoral votes are officially cast by electors, usually but not always representing the voting of their states. While The New York Times later deleted the tweet and issued a correction, it was never flagged by Twitter for spreading election misinformation.

The 2020 Presidential election is still considered too close to call as the world awaits the final results from Arizona, Georgia, Michigan, Nevada, North Carolina, Pennsylvania, and Wisconsin. Republicans have already declared their intentions to seek a recount in Wisconsin despite the votes not being fully tallied.