Jerry Dias, the President of Unifor, Canada’s largest private-sector union has published a note in which he clearly states he will go against the advice of the many worried journalists he represents and directly attack Conservative party leader Andrew Scheer. 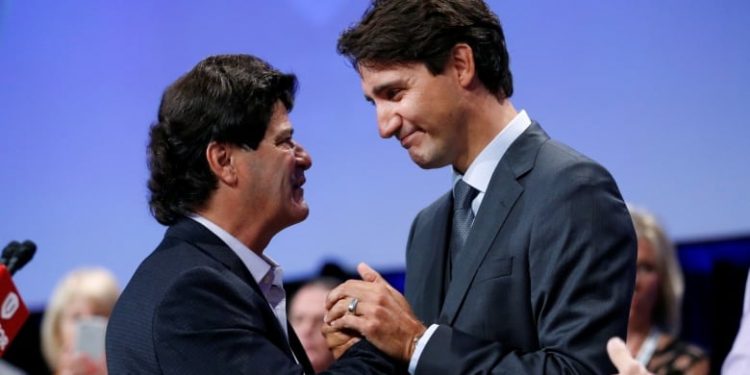 Jerry Dias, the President of Unifor, Canada’s largest private-sector union has published a note in which he clearly states he will go against the advice of the many worried journalists he represents and directly attack Conservative party leader Andrew Scheer.

“Journalists, my own communications staff, even our Atlantic Regional Director, Lana Payne, a former journalists [sic], have all explained to me why our union’s partisan stance makes some of you uncomfortable,” said Dias.

Now, of? ?course, it is no surprise to see another anti-Conservative message from Jerry Dias.

Dias has explicitly come out in opposition to the Conservatives numerous times before and has even butted heads with Conservative Party leader Andrew Scheer.

Notable however, is even journalists within Unifor are becoming worried about these actions by their union.

Why are journalists worried? Because as media, campaigning against a party not in power for personal gain sounds a whole heck of a lot like biased propaganda.

Even worse, working directly with the PM right before the election begins, screams that Unifor is not working against Scheer, but they are working to ensure Trudeau wins, effectively shuttling from biased media to state-bought media.

And let’s be clear, that is precisely what Unifor are attempting to turn media into, at least according to their own actions and commentary.

According to the note, the union” will run an aggressive campaign against Conservatives, that will include television ads on top of Dias’ social media outbursts caging himself as some sort of #resistance hero.

Unifor will do this because the Conservatives won’t use your tax dollars to bail out dying media companies.

Ask yourself for a moment, how can the average Canadian not view the media as inherently biased in their coverage when the group supposedly advocating for their interests takes a decidedly partisan stance?

Even worse, will the average viewer bother reading news that has come from directly? ?partisan? ?and? ?government-supported outlets, who are essentially on-the-take?

This is why the bailout plan, coupled with a group hostile to Conservatives that at the same time represents thousands of media workers makes no long term sense.

None of this makes sense, but what can you expect from the union that is willing to use dangerous videos in order to scare scabs (union workers refusing to go on strike in order to make ends meet) from taking employment?

While all of these actions are worrying for the industry, it is truly haunting to see that Unifor actually was allowed to appoint a representative to the committee, which provided recommendations on how the bailout should be handled.

The Trudeau government in effect, set up the bailout, and then put their partisans friends in the group deciding who qualified for the funds.

Every journalist in the country who actually cares about their own interests should be calling out the short-sighted relationship developed here between Unifor and the Trudeau government.

Neither Unifor nor Trudeau seem to really care about the media. They only care about themselves. Dias’ goal is to increase union members, whose dues fill Unifor’s coffers, and Trudeau’s is ensuring he is re-elected.

If either man truly cared about the state of the media industry they would have put forward a plan that actually helps the struggling companies moving Canadian media forward to match their content with the demands of readers at large.

According to a Mcgill study, journalists and media both currently fail to match their content with their overall target, the average Canadian.

Instead of fixing this supply-demand problem, the already established, yet moribund media businesses, whose models failed to adapt to the new technology, went cap-in-hand to government to solve a problem of their own making. And now, hundreds-of-millions of dollars are rapidly being distributed to them.