US businesses not the 'enforcement arm' of the Biden admin's vaccine policies, says Daily Wire

"The President lacks the constitutional authority to force individuals to take this vaccine," said Boreing. 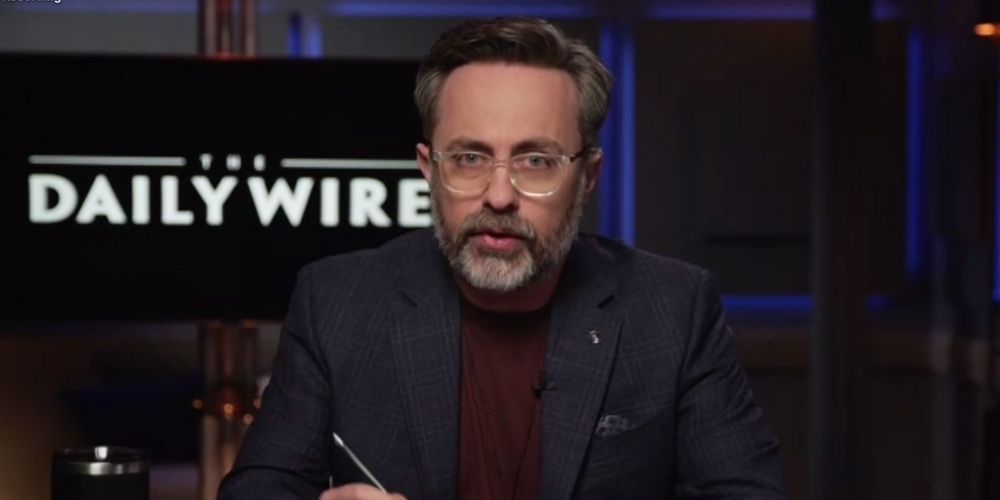 On Thursday, Jeremy Boreing, co-founder and co-CEO of The Daily Wire, alongside Harmeet Dhillon, founder of Dhillon Law, and Ryan Bangert, senior counsel and vice president of legal strategy of Alliance Defending Freedom, held a press briefing regarding The Daily Wire's lawsuit against the Biden administration over its "tyrannical" vaccine mandate issued that same day.

"I wanna start by saying The Daily Wire will not comply with President Biden's tyrannical vaccine mandate. And we've sued the Biden administration to put a stop to their gross overreach. The President lacks the constitutional authority to force individuals to take this vaccine," said Boreing.

Boreing stated that companies like The Daily Wire are not the "enforcement arm of the federal government" and do not wield the power to force Americans "to choose between their livelihoods and their freedom."

"Our company was founded to stand against tyranny, and we will, in fact. We believe it's the responsibility of companies and state governments to resist this federal overreach," he continued, noting that the biggest threat to America is not COVID-19, but "the coordination between Big Government, Big Media, and Big Tech to erode our liberties."

The Daily Wire announced their lawsuit on Thursday morning, filed with the US Court of Appeals for the 6th Circuit against the vaccine mandate with the help of The Dhillon Law Group, Inc. and Alliance Defending Freedom.

The Biden Administration is requiring all employees with 100 or more employees to have employees submit proof of vaccination, or be subjected to weekly testing. Those who do not comply must wear a mask to work. The deadline to comply is set for Jan. 4, 2022.

"Our lawsuit alleges that the Biden administration lacks the constitutional or the statutory authority delegated by Congress to issue the employer mandate and that the mandate fails to meet the requirements for issuing a rule taking effect immediately without the normal process of considering public comments," said Dhillon.

"There is no emergency that required the Biden administration to skip over the normal rulemaking process to implement this radical takeover of the American workplace that is not authorized by Congress or by the Constitution," she continued.

According to Dhillon, the new requirements allow OSHA the ability to fine employers who do not comply with the mandate an upwards of $140,000 per incident of "willful ignorance."

"This lawsuit is not about whether the COVID vaccine is a good thing. People of good faith hold different views on that question. And people can and have decided how best to protect themselves and their families. That's called freedom," said Bangert. "The question is whether the federal government has the authority to strip Americans of that freedom to decide by conscripting private employers like The Daily Wire to become the government's COVID vaccine commissars."

Bangert stated that the answer is resoundingly "no," adding that "that's why this lawsuit is so important."

Boreing went on to note that The Daily Wire's lawsuit is important because only the "corporations themselves and the states" could take down the mandate.