The convoy is on its way to Washington, DC. 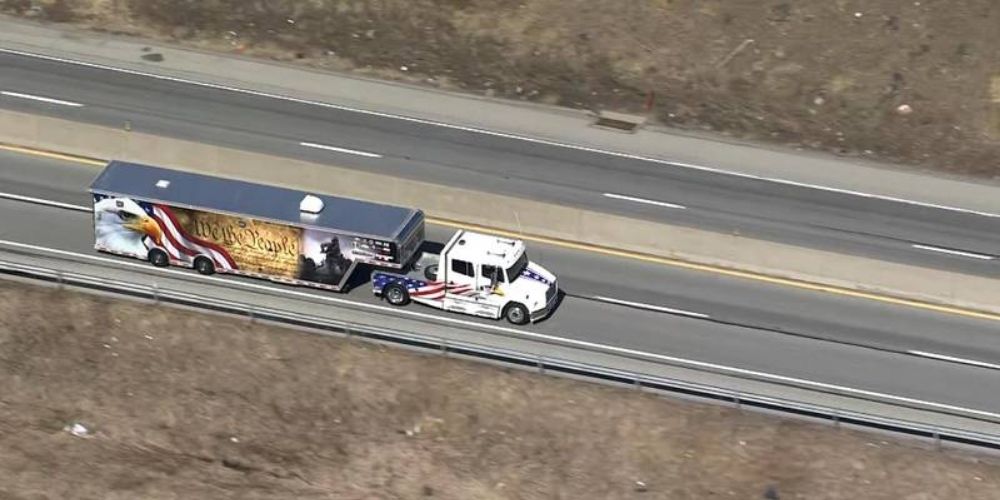 The American freedom convoy is on its way to Washington, DC, and has reportedly passed through western Pennsylvania.

Hundreds gathered on Friday afternoon on the New Stanton interchange of Interstate 70 and the Pennsylvania Turnpike to cheer on the US trucker convoy.

According to the Tribune Review, "the People's Convoy" is set to arrive in the DC area on Saturday. The group described itself in a press release as a "peaceful and law-abiding transcontinental journey toward the East Coast."

The motive of the convoy is similar to its Canadian counterpart in demanding an end to all COVID-19 restrictions. The group started its journey on Feb. 23 in California and has been trekking east ever since.

Friday's leg for the California-originating group took them from Cambridge, Ohio, to Hagerstown, Md., via the Pennsylvania Turnpike from New Stanton to Breezewood, according to the People's Convoy website.