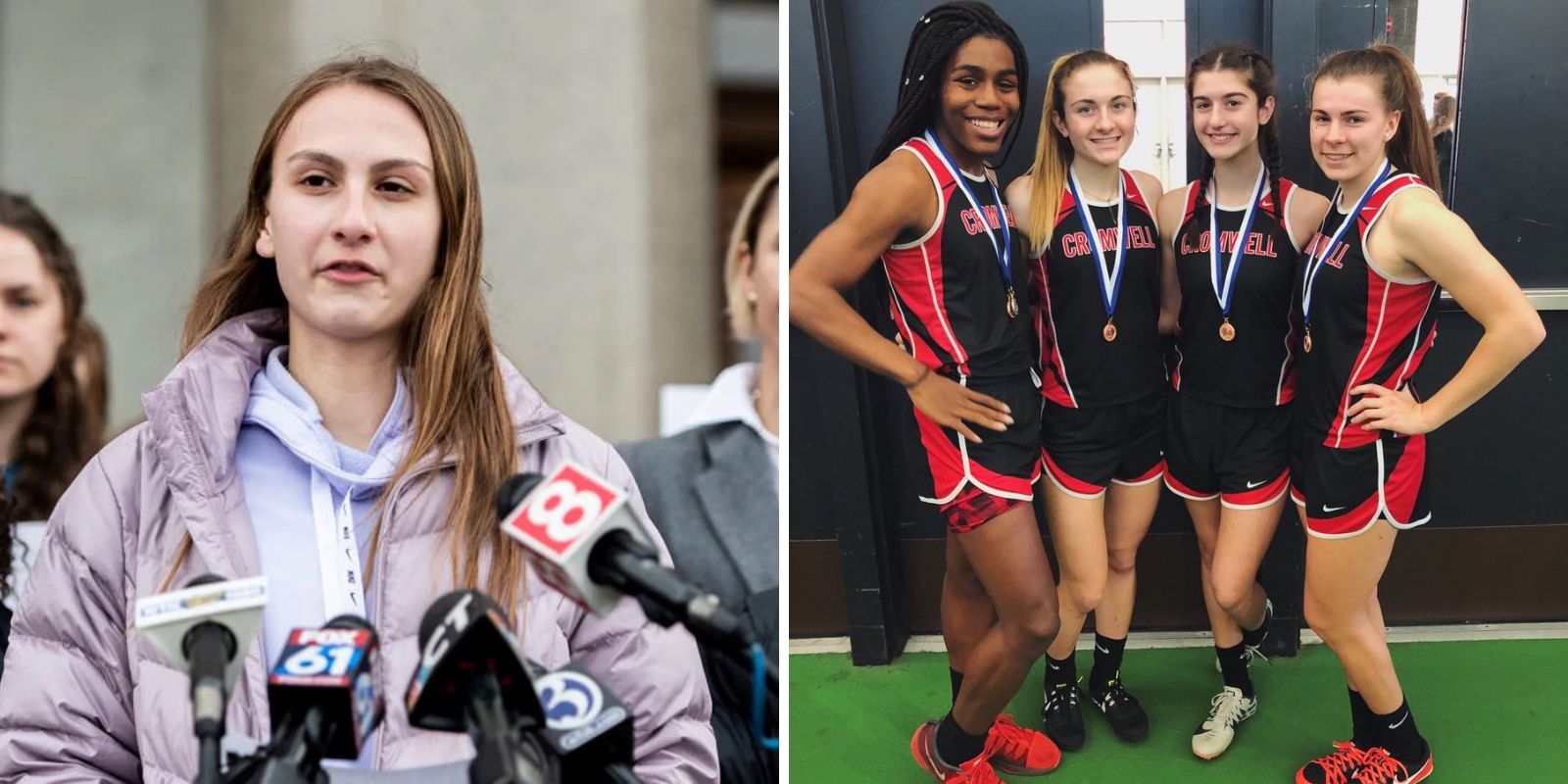 Chelsea Mitchell was a high school track athlete in Connecticut. Her scholastic track career was cut short when two biological males who identify as transgender joined women's high school athletic competitions and literally ran away with all the top medals and accolades.

This completely belied Mitchell's intention. Mitchell wrote about being crouched and ready to race on the starting line, "ranked fastest high school female in the 55-meter dash in the state," and knowing she should feel confident.

"Instead," she wrote, "all I can think about is how all my training, everything I've done to maximize my performance, might not be enough, simply because there's a runner on the line with an enormous advantage: a male body."

USA Today updated that to read "transgender runner," citing as they did so that "This column has been updated to reflect USA TODAY's standards and style guidelines." They add further insult to Mitchell and her testimony by saying "We regret that hurtful language was used."

They made these changes throughout Mitchell's column. Mitchell knew that she was running against an athlete with a male body and all the advantages that this person's male body brought with it in terms of raw strength, muscle mass, and bone density.

Alliance Defending Freedom Director of Media Relations Elizabeth Ray said "The editors put words into Chelsea's mouth without notice and after the piece was published. In nearly all cases, such edits are made and negotiated before publication."

"While the media applauded the duo for bravery, female runners Selina Soule, Alana Smith and Chelsea Mitchell were relegated to the sidelines of women’s sports, watching athletes born the opposite sex sweep the titles and scholarships set aside for female competitors," I reported for the New York Post.

Language matters, and that's where many of these battles are being waged. The Women's Liberation Front released a media guide to help outlets retain some measure of accuracy when reporting on these matters.

"The guide is meant to provide an alternative to the language the Trans Journalists Association encourages the press to use and which was adopted by the Society for Professional Journalists which suggests language that promotes LGBTQ rights but discounts and erases women's rights," and that's exactly what it does.

Natasha Chart, Executive Director of WoLF, said in a statement, "The journalism profession is failing women, and the general public, by misrepresenting the facts on gender identity and prostitution.

"They've accepted ideological gags on their reporting, and allowed gender identity activists and sex industry publicists to serve as political minders, with editors refusing to back writers against unreasonable social media mobs. We hope more media outlets will stand up for their rights, and everyone else's, to speak the truth."

Apparently, USA Today is not one of those that stands up for women and girls and allows them to report accurately on their own lived experiences.