Doctors for decades overlooked the differences between male and female bodies other than in regards to reproduction. The Vagina Museum would have women's health again regulated to the dustbin of the undiscussable. 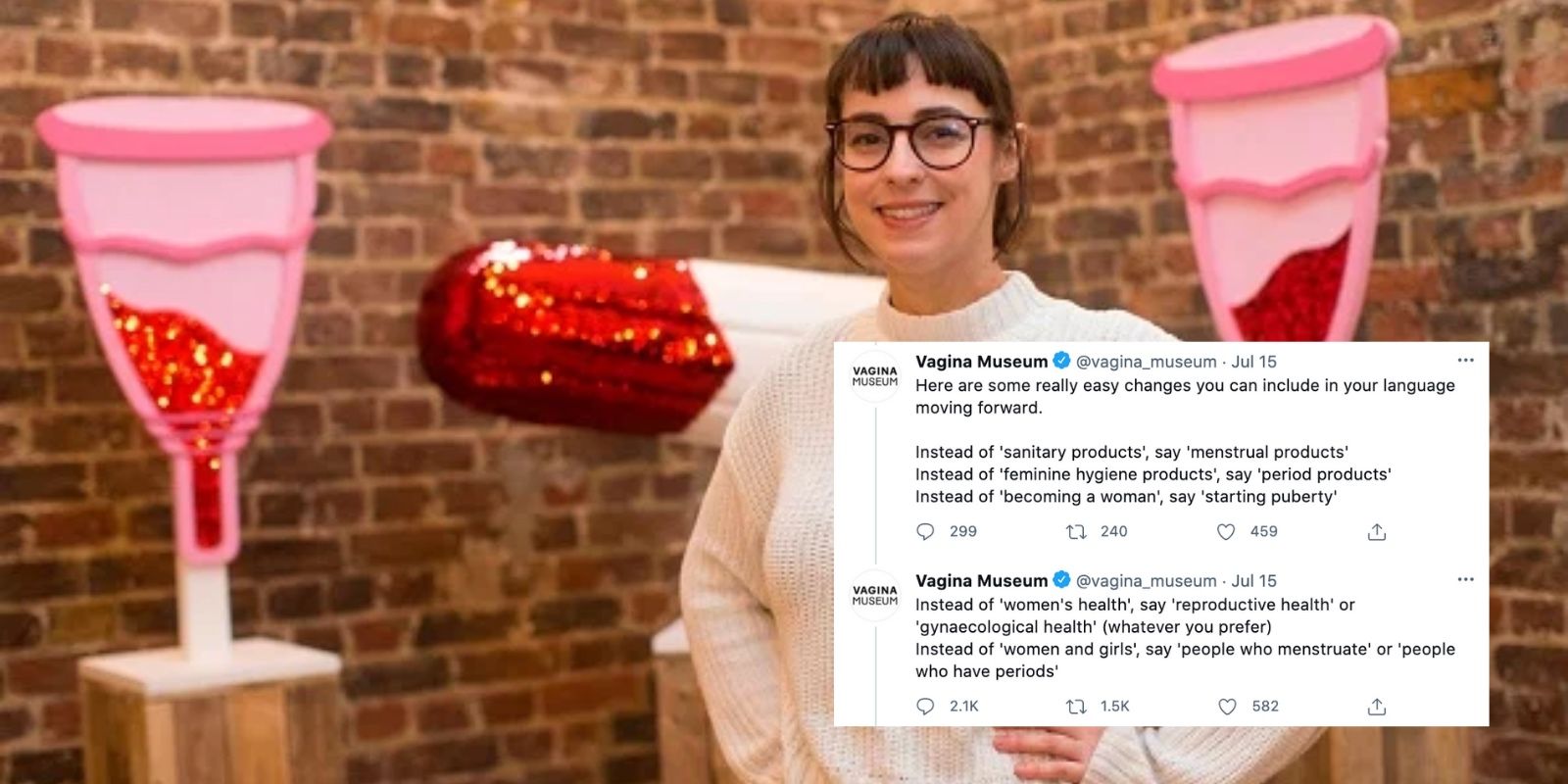 The Vagina Museum wants women to know their bodies just aren't inclusive enough. In an elaborate and long thread, the United Kingdom-based Vagina Museum, which it turns out is a thing (there's a penis museum in Iceland), instructs women on how to be more inclusive with their bodies and their genitals.

One key way to do this, the Vagina Museum notes, is for women to realize that "it's not just cisgender women who menstruate," and that "it's time for us to evolve beyond shame-fuelled and gender-specific language when talking about periods."

The Vagina Museum, which is likely targeted to women, tells women that the use of the word "woman" is not acceptable, because some people who are female but believe they are men, will find the language upsetting. The Vagina Museum doesn't want women to have to be reminded of the fact that they are women.

To that end, they write that women should use much less specific terms to describe their bodies, women's health, and women-specific products.

The Museum says that they want to remove shame from womanhood, but instead, in creating language that obfuscates femaleness and female bodies, they are adding shame. They are also creating confusion.

It has been decades of hard-fought activism by women to get the concept and practice women's health to the public square. Yet the Vagina Museum wants to rephrase that to say "reproductive health" or "gynecological health" as opposed to "women's health." The Vagina Museum believes that the only sort of health differences between men and women are in the realm of reproduction, but this is entirely false.

Women's health concerns differ from those of men in many, significant ways. Cardiovascular health is one key area where male bodies and women's bodies differ. The signs of a male heart attack or stroke are different from women's. Cancer concerns and risks are different, as is the area of bone health. These are just a few differences that, if women opted instead for the term "reproductive health" would be entirely missed.

Doctors for decades overlooked the differences between male and female bodies other than in regards to reproduction. The Vagina Museum would have women's health again regulated to the dustbin of the undiscussable.

The Vagina Museum, despite it's moniker, shows clearly that its concerns do not center on women even slightly. They instruct women to change the way they speak not only in the realm of medicine, which is egregious enough, but in their daily speech.

Gender-neutral terms are now preferred, and women should make this a habit. They write: "A good way to get into the habit of removing gendered language as the default is to start looking at your everyday speech. Instead of using gender-specific terms to describe professions and people, like 'fireman', opt for gender-neutral term such as 'firefighter' and so on."

The Vagina Museum also wants women to know that when they accidentally use gendered language, to not be annoyed when someone corrects them. "Try not to have a knee-jerk reaction when somebody flags this with you. We're all learning as language is evolving!" they write.

Women, however, know that this is all lies. Women have struggled to be recognized for their contributions both public and private, for their unique life-experience as differentiated from men. Now, in order to appease those men who identify as women, women are meant to hide their womanhood both in language and action.

It is the Vagina Museum, and not women, who should feel ashamed of their language.