A video posted to Twitter Tuesday night showed a Jewish man gushing blood while seeking refuge in a New York City store after fleeing from a group of pro-Palestinian activists. 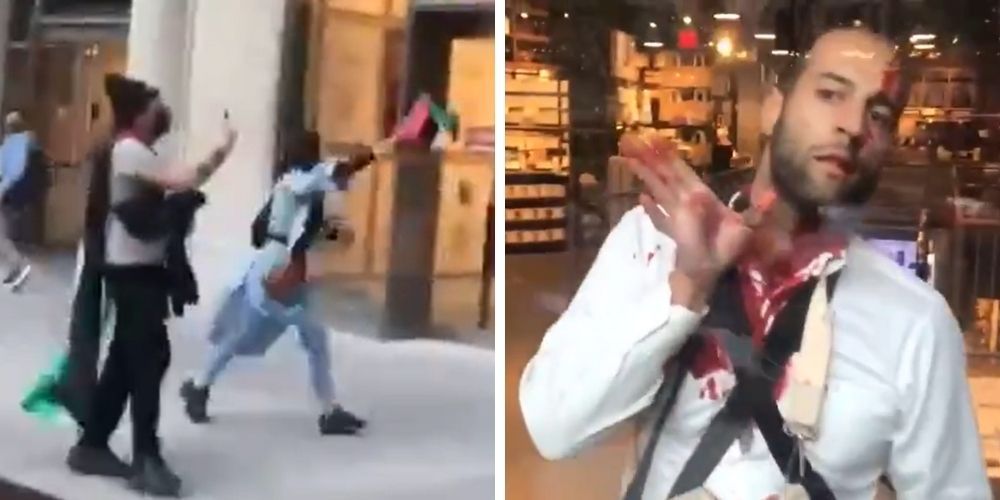 A video posted to Twitter Tuesday night showed a Jewish man gushing blood while seeking refuge in a New York City store after fleeing from a group of pro-Palestinian activists.

According to StopAntiSemitism.org "a mob of Palestinians and their supporters nearly lynch a Jewish man. NYPD thankfully rushed him into a store for safety but not before he was left heavily bleeding!" The post appears to have been removed by Twitter.

Officers of the New York City Police Department can be seen in the video pushing back the activists from the store. One of the activists can be heard yelling at the man "f*** you!" over and over through the store's windows as someone inside the store locks the doors.

The man has not yet been identified but showed a Jewish star necklace to the cameras through the windows.

Hundreds of pro-Palestinian activists protested outside the nearby Israeli consulate in Manhattan on Tuesday and were met by counter-protesters carrying Israeli flags.

According to CBS, some protesters from both sides attempted to have a peaceful dialogue but was mostly drowned out by screaming.