Marshal's deputy Nate Silvester told KTVB that he will return to work Thursday and that he has inked a book deal, after he was placed on administrative leave for making a TikTok mocking LeBron James that went viral. 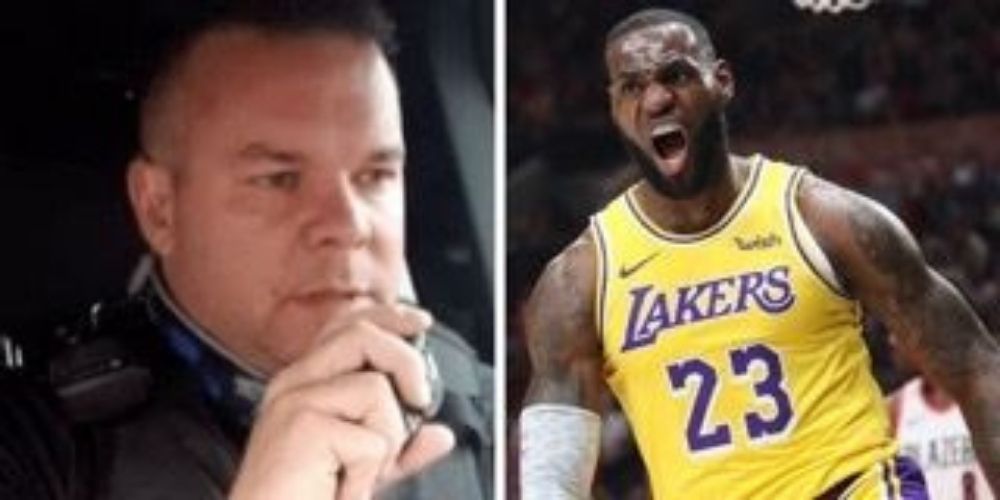 Bellevue, Idaho, Marshal's deputy Nate Silvester told KTVB that he will return to work Thursday and that he has inked a book deal, after he was placed on administrative leave for making a TikTok mocking LeBron James that went viral.

Silvester posted a TikTok mocking LeBron James after he tweeted, then deleted, a post targeting the officer who fatally shot Ma'Kahia Bryant in Ohio as she was attempting to stab another woman. LeBron James doxxed a photo of the Ohio police officer to his 50 million followers on Twitter and said, "You’re Next" then ended the tweet with "accountability."

In the video Silvester made-up a scenario similar to the attempted stabbing by Ma’Kiah Bryant which led to her being fatally shot. In the viral video, Silvester pretends to phone LeBron James asking him for policing advice on how he should deal with an attempted stabbing right outside his vehicle.

Silvester ended the video slamming self-proclaimed "King" Lebron James and asking why he turned a blind-eye to black on black crime yet only cares if a black person dies at the hand of a white cop.

"So you don't care if a black person kills another Black person, But you do care if a white cop kills a black person, even if he's doing it to save the life of another black person? I mean it doesn't make a whole lot of sense, but then again you are really good at basketball so I guess I'll take your word for it."

Deputy Nate Silvester was suspended without pay. A GoFundMe set up for Silvester has raised close to $500,000. The deputy said he plans to donate a portion to the First Responders Children’s Foundation and use another portion to create a scholarship fund for displaced police officers.

Silvester told KTVB on Wednesday that he signed a book deal with Di Angelo Publications for a book titled "Never Off Duty."

LeBron James took to Twitter on Monday to admit that he took the wrong approach by posting a controversial tweet after the death of Ma’Khia Bryant. "I fueled the wrong conversation about Ma’Khia Bryant and I owe it to her and this movement to change it."