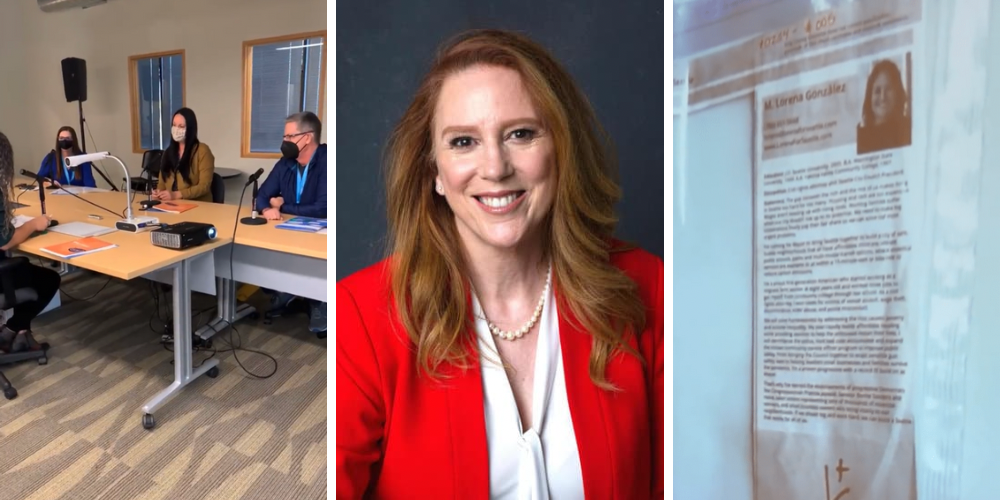 Interesting voter protocols came to light during a recent election review training in Seattle, Washington which had many question the integrity of elections throughout the state of Washington.

While reviewing ballots that were improperly filled out, an official with King County Elections admitted that if a voter were to mail-in a candidate's name on a napkin along with the position that they were running for, the vote would be counted.

The example the official showed during the training on whether or not a ballot should be counted was for a voter that was allegedly attempting to vote for Seattle mayoral candidate Lorena Gonzalez (D) in the November 2021 elections.

In this incident, a voter had sent in an envelope with a missing ballot. Included in the envelope was a newspaper clipping of Democratic candidate Lorena Gonzalez. Towards the bottom of the clipping there was a pen mark which was allegedly in the shape of a checkmark. Because the voter did not have Gonzalez's name circled on the clipping the official said that the vote won't be counted.

However, an individual getting trained asked the official a question which exposed questionable Washington state voting laws.

In regards to the example of the newspaper clipping under review, the individual asked the official with King County Elections:

"So, even if someone took a napkin and wrote the office, the race, and their selection, that would be enough?"

The official replied, "That would be enough and we would count that as a vote."

While other states across the country are passing strict voting laws through legislation, the state of Washington has the most slack voting policies in the nation.

According to former Washington Secretary of State Kim Wyman (R), Washington is a "voter intent" state by law. This means that voters are not disenfranchised if they mark a ballot differently than directed. When voter intent can be discerned, the vote will be counted.

President Biden recently appointed Wyman to work in the White House and lead the Department of Homeland Security's efforts to "protect future elections from foreign and domestic interference."