Bus drivers at a company in the UK have been ordered to not wear Christmas sweaters to work. 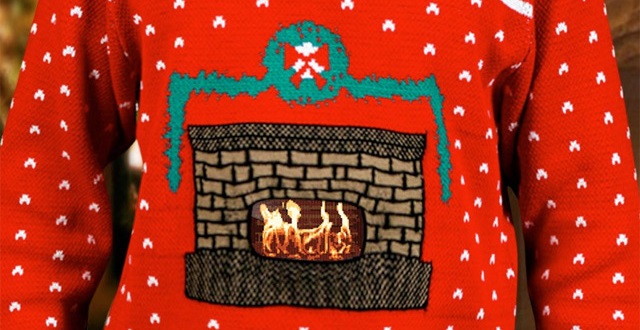 UK airport minibus drivers have been ordered to stop wearing Christmas sweaters on the job because special needs children might get “upset”, according to the Daily Mail.

The boss of Pete’s Airlink banned his employees from wearing the festive wear since the company buses children to schools and some of the special needs children could get bothered by the change in their daily setting.

“We have to be careful. We don’t want to spoil drivers’ fun but we have rules and regulations that we have to follow,” said Pete’s Airlink director Peter Bryden to the Daily Mail.

Ex-Pete’s Airlink driver Mike Osborn said to the Daily Mail he was wearing Christmas sweaters when he was told by Bryden to stop wearing them to work.

“I can see his point to a degree, they need stability, they like to see a familiar driver. But really I think the kids actually like Christmas… Surely they receive presents and they must all be fans of Father Christmas so let’s all join in the festive spirit and wear Christmas jumpers,” said Osborn.

“It’s really absurd. I love Peter, he is a great boss but I can’t believe what he is saying. The Christmas jumper ban is so stupid and daft,” Osborn also said. “It’s like something Scrooge would do.”

In this case there may be good reason to ban the colourful Christmas sweaters in order to not upset special needs children, but other cases of Grinch-like attacks on the holiday have faced intense backlash.

Osborn, who gave his notice with Pete’s Airlink for unrelated reasons, said drivers at other companies are still allowed to get in the spirit of Christmas.

“Stagecoach has a Santa’s grotto on four wheels with elves, it’s fantastic. It’s complete with music and elves as well–I hope the elves don’t scare the passengers.”

In pictures taken by a local news outlet, Osborn can be seen in a red sweater with a giant Christmas pudding on the front.

Last week, a guest host on CTV’s The Social’s suggested Santa Clause parades should be changed to “Winter” parades. A couple weeks ago a US town erased Christmas from its festivities, changing the “Annual Tree Lighting” to “Frost Fest”.