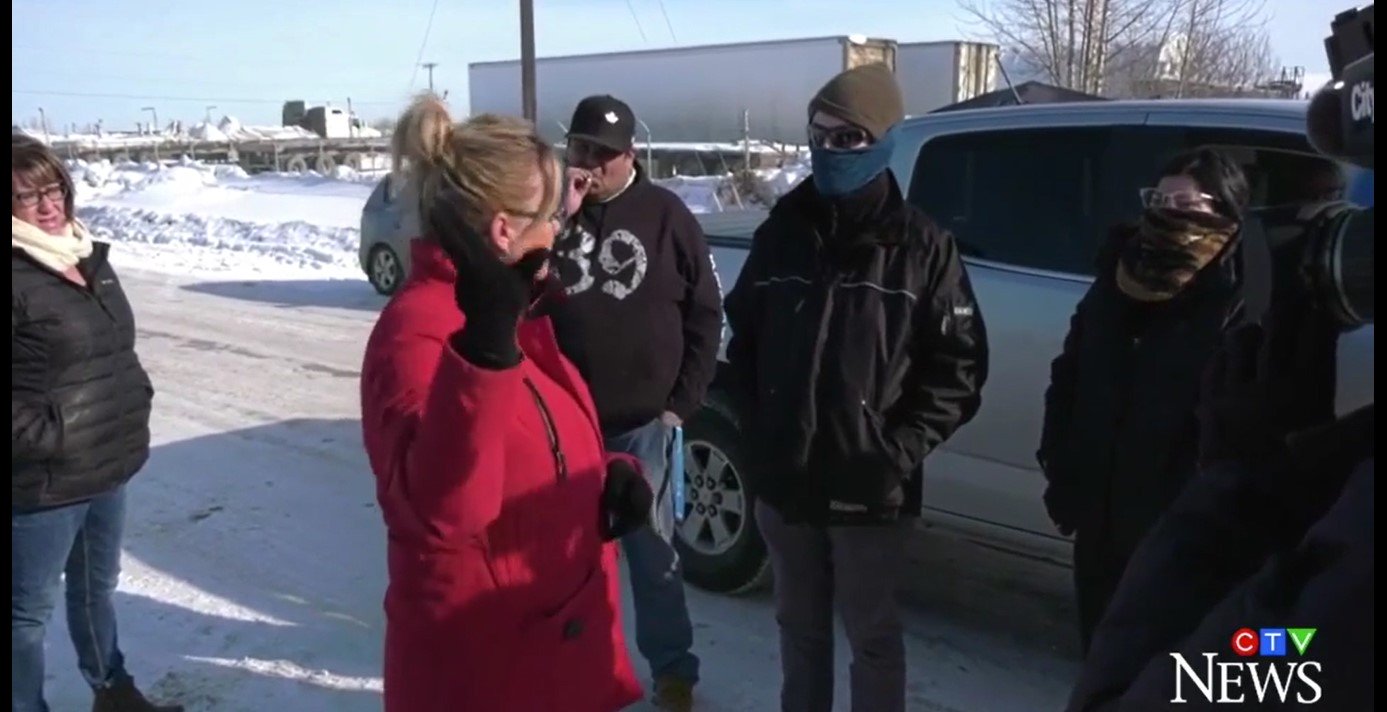 Anti-pipeline protestors outside of Spruce Grove, Alberta, were confronted by locals fed-up with the law-breakers blocking the railway on Wednesday, as first reported by CTV News.

A business owner from Spruce Grove, upset with the protestors affecting her business, asked

“Are you kidding? Do you know what industrial area you are in? Do you know how many trains for through Spruce Grove in a day? Do you know that?” asked the business owner.

The one protestor shook his head no.

“You don’t, and you don’t care. And that’s the sad part. How there be any reconciliation or reasonable conversation when you are doing something illegal? Plain and simple,” said the business owner from Spruce Grove.

“The government is breaking its own laws,” said a woman protestor.

The business owner asked if illegal activity was a good way to go about reconciliation.

“Are you telling them how to get reconciliation? Another white person, coming down and telling Native people how to view their business. That’s sad.” said another anti-pipeline protestor.

“Eight of 13 hereditary chiefs. Twenty bands want that pipeline. You’re making it about something that it isn’t. And you’re standing in their way,” said the business owner.

“You’re making it a very unsafe space here, you need to go over there,” said another woman blocking the track to an out of work Albertan asking the protestors to clear the track.

“Trains are supposed to go through here… We have the rights to fu**in’ jobs, to pipelines, to all kinds of things,” said the clearly angry counter protestor in CTV’s footage of the scene.

The unemployed man said he was laid off because of the protest, in which one of the law-breakers asked if he had ever heard of a temp agency.

Canadians across the country are confronting the protestors shutting down Canada’s railways and roadways.

A poll commissioned by Global News found that 61 percent of Canadians see the protestors putting up illegal blockades as illegitimate in their actions.

The blockade near Spruce Grove was torn down by counter-protestors later in the day.