WATCH: Biden press sec FAILS to condemn Antifa domestic terrorism in Oregon and Washington, says they are monitoring it

Press Secretary Jen Psaki failed to condemn Antifa demonstrators who marched through the streets in Portland and Seattle, committing many acts of vandalism and destruction this week. 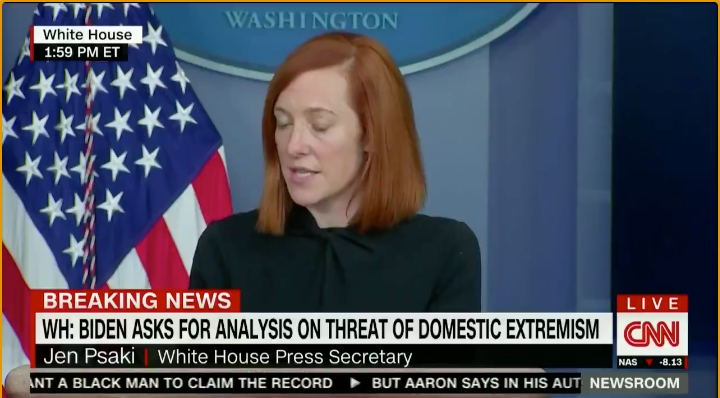 Press Secretary Jen Psaki failed to condemn Antifa demonstrators who marched through the streets in Portland and Seattle, committing many acts of vandalism and destruction this week.

"On domestic unrest: First of all, does the president have any comment on the ongoing violence in Oregon and Washington State?" A reporter asked.

"Well certainly we had our team on the ground, our national security team, even before 12:01, early in the morning on Inauguration Day because we wanted to be able to monitor events happening across the country and any unrest that was resulting from the last couple of weeks.

"I haven't spoke with him specifically about those events but it is something out national security team, Liz Sherwood-Randall, is closely monitoring of course, but if we have an additional update I'm happy to provide it to you."

The Biden administration appeared to have lots of plans for how to counter domestic terrorism when it came in the form of rioters on Capitol Hill on Jan. 6, but when faced with far-left militant activists with a penchant for mass destruction, those plans are unclear.

The failure to condemn Antifa militants comes after months of the Biden campaign virtually supporting their actions in committing arson and violence across American cities from May 2020 through the present.

Antifa appears to have taken Vice President Harris' words to heart, as they are not letting up thus far.