WATCH: Biden tells young girls he wants to see them 'dance when they're four years older' 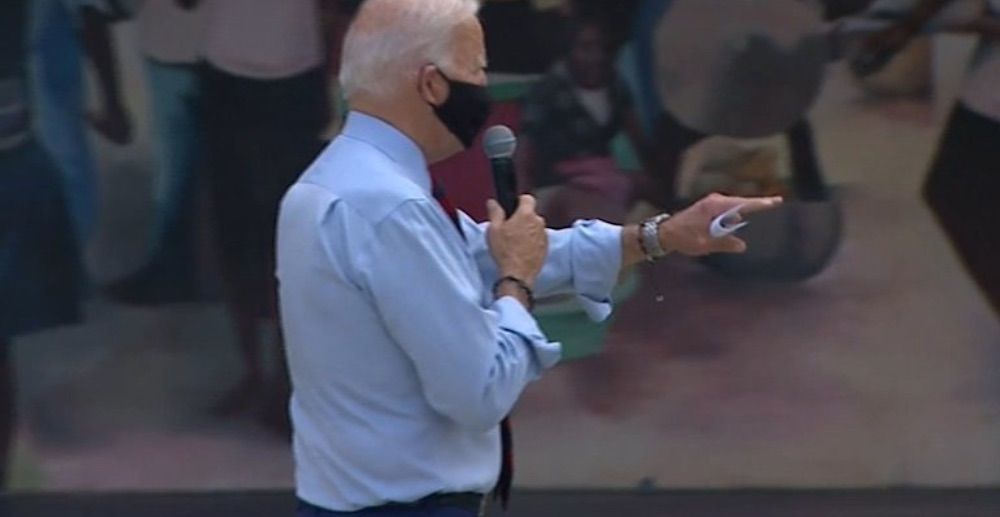 Democratic presidential nominee Joe Biden spoke at a town hall in Florida last night, where he cast his eyes upon a group of underage girls and suggested that he wanted to "see them dancing when they're four years older too."

Mythinformed posted another video of the same incident from a different angle, revealing the underage girls who Biden was referencing when he made the bizarre remarks.

Tara Reade—a woman who has claimed Biden sexually assaulted her while she worked in his office when he served as a senator in the early 1990s—also commented on the video of Biden giving off what many claim to be a sort of pedophile-like comment to the group of young girls.

Reade tweeted: "This is not aging well."

Reade's allegation that Biden sexually assaulted her while she was a staffer for his Senate team in 1993 has been dismissed by Biden, who said of the accusation: "No, it is not true. I am saying unequivocally, it never ever happened, and it didn't. It never happened."

It was reported in late-April that "Biden’s precarious interactions with women have long been documented. To date, eight women have accused him of sexual harassment and sexual assault. Many have said he made them uncomfortable, touched them for too long, or invaded their personal space in a way that was both inappropriate and unwanted."

A number of videos and photos exist that show Biden "touching, smelling and attempting to kiss women and girls who are clearly, visibly upset by the unwanted affection." This is why the 77-year-old politician has garnered himself the nickname "Creepy Uncle Joe"—a nickname that reflects the alleged interactions he has had with women over the years.