BREAKING: Biden urges unity, says the 'dark winter' is before us in inaugural speech

"We will be judged by how we resolve the cascading crises of our era," Biden said in his first speech as president, elucidating the mission of his administration. 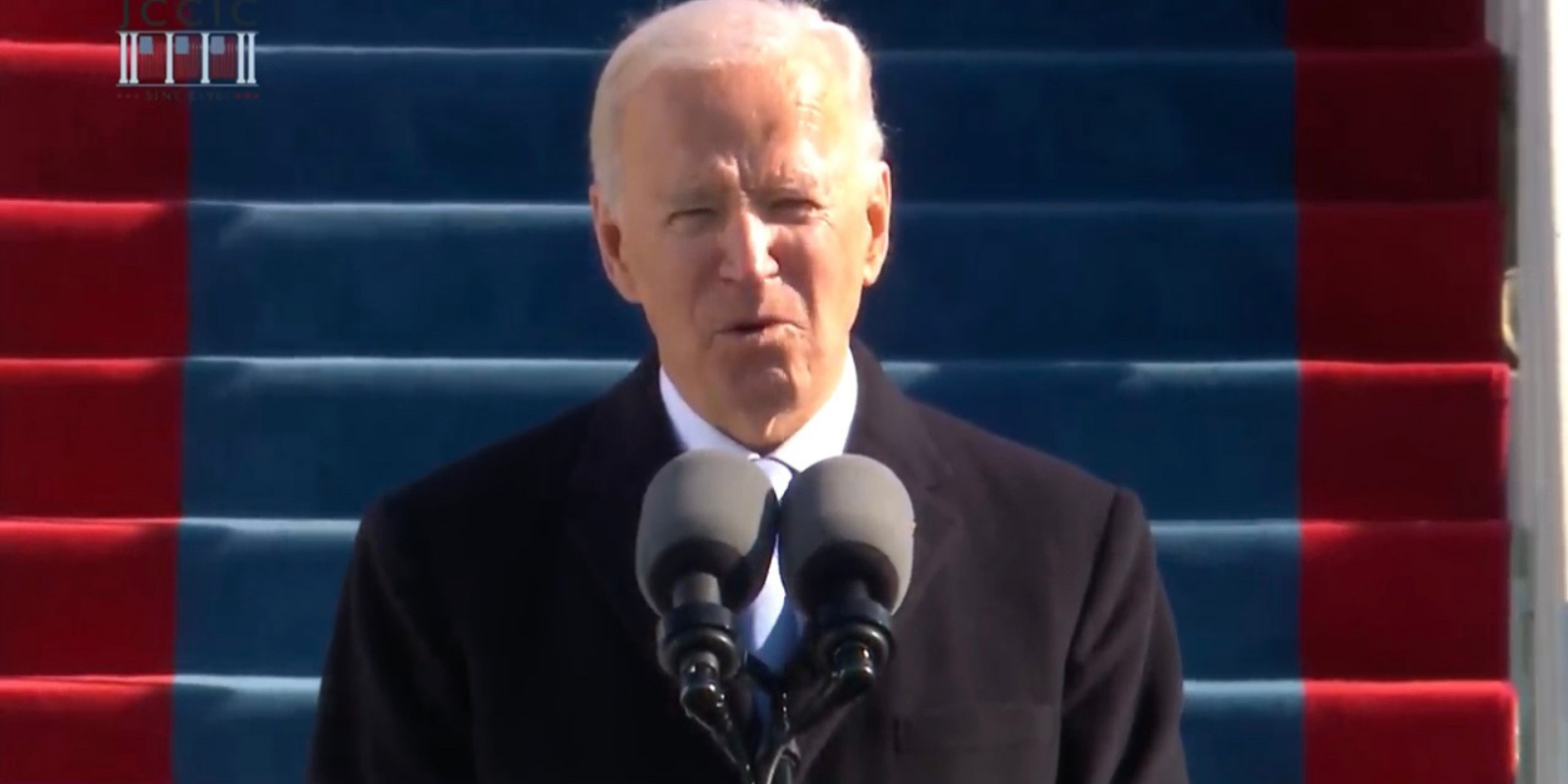 Joe Biden was sworn in as president on Wednesday, and shortly there after he gave a speech outlining his four major crises, adding "political extremism, white supremacy, and domestic terrorism" to the list.

These crises are added to the climate crisis, the economic crisis, the COVID crisis, and the racism crisis.

"Restoring the soul of America requires more than words, it requires that most elusive of things in a democracy, unity," Biden said.

He quoted President Lincoln, and said that his "whole soul" is in unifying the nation. He said "we can make America once again the leading force for good in the world."

"The forces that divide us are deep and they are real, but they are not new," he said. Biden said "The battle is perennial and victory is never assured, he said, but our better angels have always prevailed." He said that "enough of us have come together to carry us forward."

"Without unity there is no peace only bitterness and fury, no progress," he said. "This is our historic moment of crisis and challenge and unity is the path forward."

"I guarantee you that we will not fail," he said, "we have never failed when we have acted together."

"Let's begin to listen to one another again," he said.

"Politics doesn't have to be a raging fire destroying everything is its path," Biden said. "We must reject the culture where fact themselves are manipulated and even manufactured," Biden said.

He condemned the Capitol Hill rioters of Jan. 6, and thanked all those who supported his campaign. "The right to dissent peaceably," he said, is a cornerstone of our democracy, but noted that violence is not tolerable.

Biden addressed those Americans who view the future "with fear and trepidation" primarily as regards economic security, and said "I promise you, I get it."

"We must end this uncivil war that pits red against clue, rural versus urban," he said, "if we show a little tolerance, a little humility," and he quoted his mom's missive about how important it is to stand in another man's shoes.

"There's no accounting for what fate will deal you," he said, giving a lesson on life.

"We will get through this together, together, look folks, all my colleagues I've served with in the House and the Senate up here understand that the world is watching today," he said.

Speaking to the world, he said "we will engage with the world once again," and that we will reset our alliances.

"We've been through so much in this nation, and as my first act as president, I will ask you to join me in a moment of silent prayer," he said.

"We face an attack on our democracy and truth," Biden said, before launching into a list of his four big crises, "a raging virus," "systemic equity," "climate crisis," "we face them all at once."

Biden said that the country has been presented "with one of the gravest responsibilities we've had," and asked "are we going to step up, all of us?"

"We will be judged by how we resolve the cascading crises of our era," he said, elucidating the mission of his administration. He said "we will master this rare and difficult hour," and that "we will write the next great chapters in the history of the United States."

"Before God and all of you I give you my word I will always level with you," Biden promised.

He ended his speech with rhetorical flourishes about the need for "hope not fear, unity not division, hope not darkness," as well as "greatness and goodness."

"May this be the story that guides us," Biden proposed, saying that he hoped future generations would see that "we answered the call of history," that "democracy and hope, truth and justice did not die on our watch but thrived."

"With purpose and resolve we turn to those tasks of our time," Biden said, concluding "May God bless America and may God protect our troops."