WATCH: Black mother confronts Antifa after her children were assaulted at prayer gathering 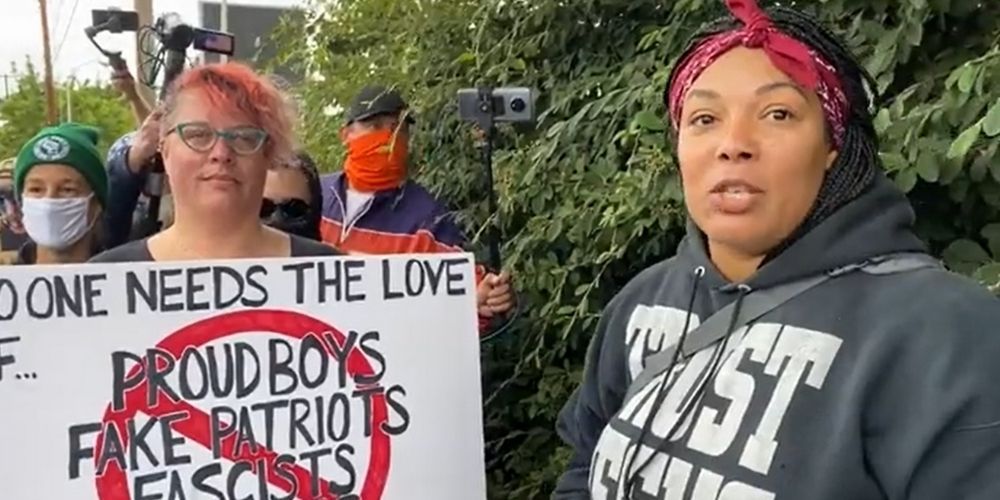 A black woman crashed a Portland protest media event held by Antifa supporters in Portland on Sunday during Antifa's riot in the city.

The video shows the woman standing behind the activists as she says, "Hi, my kids were the ones who had Antifa throw bombs and pepper gas at them on August 7th."

The female activist in front of her holding a sign supporting Antifa quips, "The black conservative preacher’s wife," and points behind her towards the black woman.

The preacher's wife replies, "Oh so because I am his wife, my kids don't matter?"

The unidentified Antifa supporter replies, "No, your kids absolutely mattered. I think it's crap that they got hurt but..."

The preacher's wife responds, "Can you please tell us why..." before she is cut off by the Antifa supporter who states, "Nope. I don't engage with him. I don’t engage with you or your husband."

The preachers wife smiles and addresses the cameras. "This is... classic guys. Please get this on camera. This is what white liberal women do. They're a thousand times worse than 'Karens' and I want you to pay close attention. The white liberal women will not engage in conversation with me. Why?"

The Antifa supporter answered, "Because of who your husband is."

At that moment the Antifa supporter walks away and the black woman says, "Oh! There she goes!"

The same woman crashed a Portland press conference by far-left group Don't Shoot PDX, an organization that supports leftist violence, on Friday ahead of Antifa's announced direct action planned for Sunday in Portland.

At the presser she also alleged that her children were assaulted with pepper spray and almost hit with fireworks launched by Antifa at a worship service in Portland when far-left militants appeared at the demonstration to attack the Christian event-goers.

"White supremacy is not the problem. Proud Boys were not the problem. Antifa black bloc were the ones who threw bombs, mortars, and pepper spray at me and my children," the black mother said in the video, interrupting the filmed presser.