Caitlyn Jenner said in an interview with TMZ on Saturday that she does not support biological males who identify as transgender playing on the same team as biological girls. 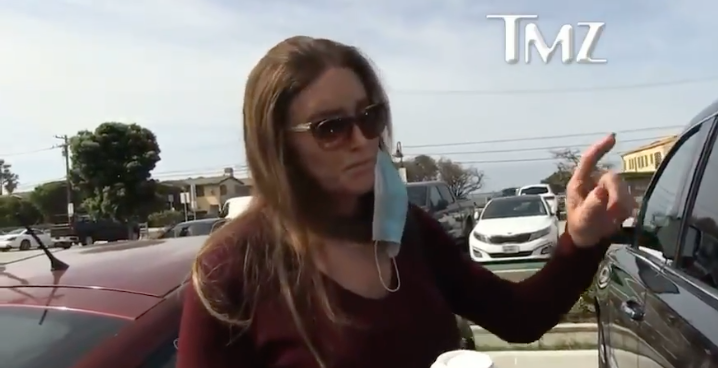 Caitlyn Jenner, former Olympian turned reality star and now California gubernatorial candidate, said in an interview with TMZ on Saturday that she does not support biological males who identify as transgender playing on the same team as biological girls.

Jenner was approached in a parking lot and asked about the legislation that has been brought forth "in some states to ban biological boys who are trans from playing girls' sports in schools. What your opinion on that?"

Jenner opens her car door, letting the dog into the back seat, and removes her mask, before saying "This is a question of fairness. That's why I oppose biological boys who are trans competing in girls' sports in school. It just isn't fair. And we have to protect girls' sports in our school."

Jenner is both transgender and a former athlete.

Upon taking office in 2020, President Joe Biden signed an executive order allowing "student athletes to participate in accordance with their gender identity." Activists suggest that gender identity, not biological sex, should determine which team one plays for.

Mississippi's Governor Tate Reeves signed an order banning the practice, and Alabama enacted its own legislation. Arkansas is one of the many states that has weighed in as well, seeking to ban both biological males from playing against biological girls in athletics and a ban on medical gender transition for minors. South Dakota has also penned a ban on this, in the form of an executive order from Governor Kristi Noem.