In what could easily pass as satire, the CIA has gone full-on woke with their recruitment ads as of late in an attempt to woo millennials. 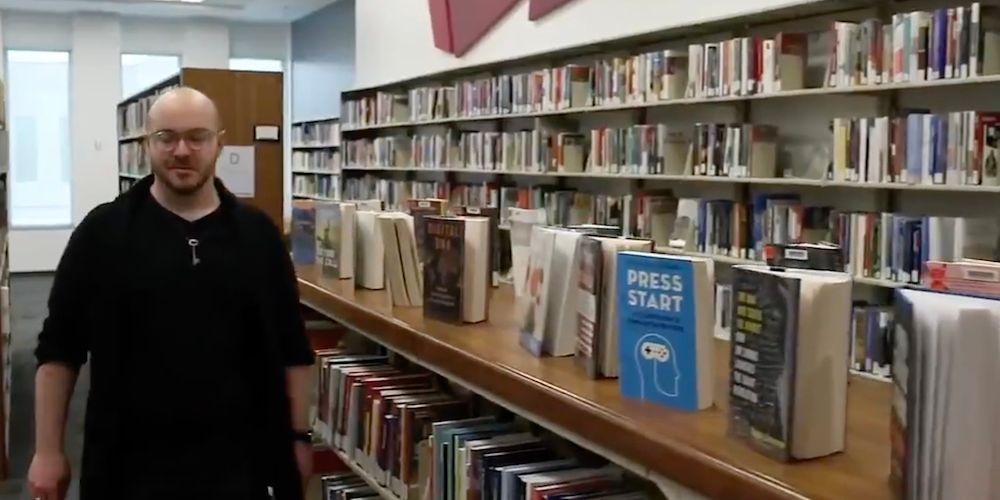 In what could easily pass as satire, the CIA has gone full-on woke with their recruitment ads as of late in an attempt to woo millennials.

"As an agency librarian", the man in the ad begins, "I work to ensure that our collection and services are matched up with what CIA needs. Not only am I involved in the acquisitions of journals, books, and countless electronic resources, I'm also encouraged to curate special collections that challenge expectation."

He then goes on to explain how he recently brought in an "intelligence gaming collection" with the goal of giving officers a "unique opportunities to practice skills they need in their various roles ... while simultaneously building on the myriad soft skills essential to intelligence work."

Nothing out of the ordinary, right?

With hardly anything resembling a segue, the ad then shifts to the man's personal life story.

"Growing up gay in a small southern town", he says as an image of a rusty water tower slides onto the screen, "I was lucky to have a wonderful and accepting family."

"I always struggled with the idea that I might not be able to discuss my personal life at work", he continued. "Imagine my surprise when I was taking my oath at CIA, and I noticed a rainbow on, then director, Brennan's lanyard."

"I remember being stunned. Since then, however, I've learned that far beyond the resource groups, inclusion is a core value here. Officers from the top down work hard to ensure that every single person, whatever their gender, gender identity, race, disability, or sexual orientation, can bring their entire self to work every day."

With that, the ad draws to a close and the CIA emblem flashes proudly on a black background, with the recruitment URL beneath.

While fostering a welcoming work environment is among any organization's top priority, the inclusion of such messages as the driving force for recruitment to the CIA is questionable.

After the first "woke" CIA ad, left-leaning website The Intercept referred to the content as "parody worthy of The Onion." They pointed out the irony of an organization that has tortured people, orchestrated coups, and took part in "global death-dealing" suddenly caring about the diversity of its employees. They say, jokingly, that "this is not the old CIA of suited grey men — it’s a diverse and feminist agency of neo-imperial violence!"

The Intercept compared the ad to "Nancy Pelosi in kente cloth or Amazon posting Black Lives Matter slogans"; nothing more than performative actions in hopes to trick the woke crowd into believing that they are on their side.