CNN chief White House correspondent Jim Acosta claimed, without providing any evidence, that he and his colleagues have been subjected to "death threats" from supporters of President Donald Trump. 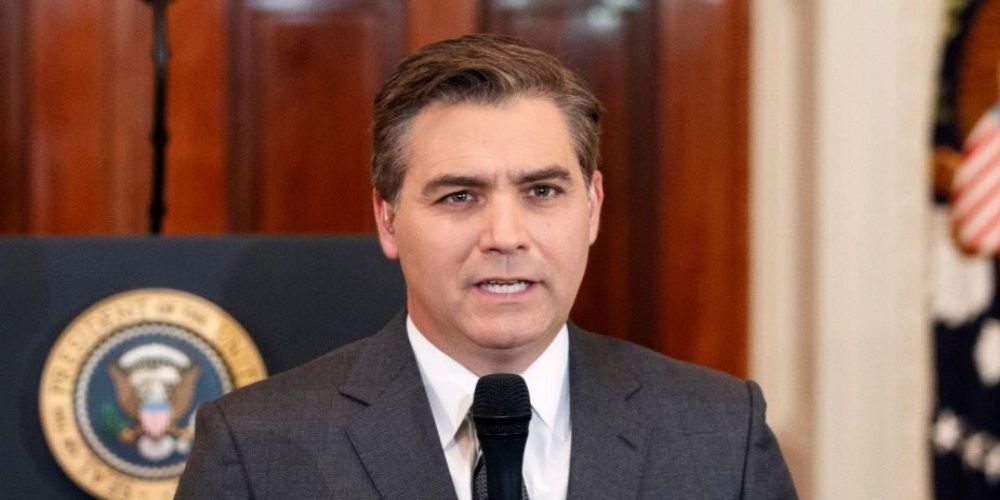 CNN chief White House correspondent Jim Acosta claimed, without providing any evidence, that he and his colleagues have been subjected to "death threats" from supporters of President Donald Trump.

When asked about Trump's hostility towards many media outlets critical of his policies, Acosta said "it certainly did damage."

"To the conservatives out there who were cheering him on as he was revoking press passes... A Democratic President could come in, a Democratic administration could come in, and do the very same thing to members of the press that they care about," Acosta suggested, comparing such actions to "an arms race."

"It's not just what was going on inside the White House, the President and his people, there were Trump supporters all over the country absorbing this hostility," Acosta argued, "in ways that made us feel in danger. I am not the only reporter who covered this White House who has had death threats."

"It is just a pervasive hostility and anti-democratic hostility towards the process that I just hope we never receive the likes of ever again," Acosta said. "It is just so damaging and destructive for our democracy.”

Acosta suggested that many of his colleagues had also received death threats from Trump supporters. During his time in office, Trump had revoked Acosta's press credentials. Acosta sued for the restoration of those credentials, and they were returned within 14 days. Acosta turned this experience, and his claims about Trump's hostility to the media, into a book.

In 2017, CNN tracked down and threatened to dox a Reddit user who made a GIF where Trump is depicted to be body slamming another person with the network's logo covering their head. The GIF was shared by the President over his Twitter account.

The outlet said that they would not be releasing the GIF creator's "name because he is a private citizen who has issued an extensive statement of apology, showed his remorse by saying he has taken down all his offending posts, and because he said he is not going to repeat this ugly behavior on social media again."

"CNN reserves the right to publish his identity should any of that change," the outlet further wrote.