CNN's political director David Chalian raised eyebrows on Tuesday night when he said that the lights on the National Mall's reflecting pool are like "extensions of Joe Biden's arms embracing America." 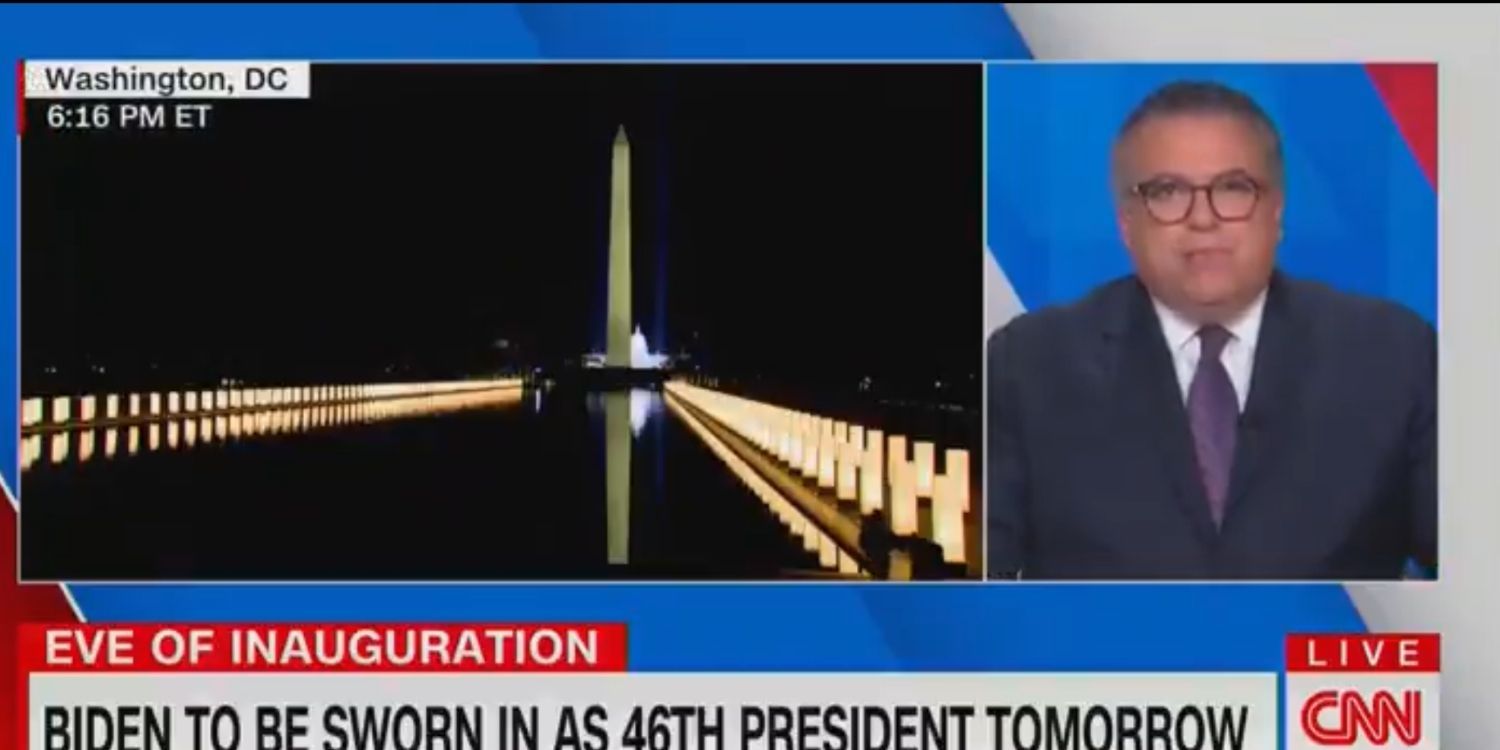 CNN's political director David Chalian raised eyebrows on Tuesday night when he said that the side lights on the National Mall's reflecting pool are like "extensions of Joe Biden's arms embracing America."

"I mean those lights that are just shooting out from the Lincoln Memorial along the reflecting pool, I look, it’s like almost extensions of Joe Biden’s arms embracing America."

This statement was made during the live broadcast of Joe Biden arriving in Washington, DC.

Biden and Harris were seen attending a memorial for the victims of COVID-19 and to establish the setting, rows of lights were placed across the National Mall's reflecting pool.

The analogy and obvious bias was widely mocked across social media. Journalist Glenn Greenwald said, "Not even North Korean TV would say this."

The inauguration of Joe Biden will occur on January 20, 2021.