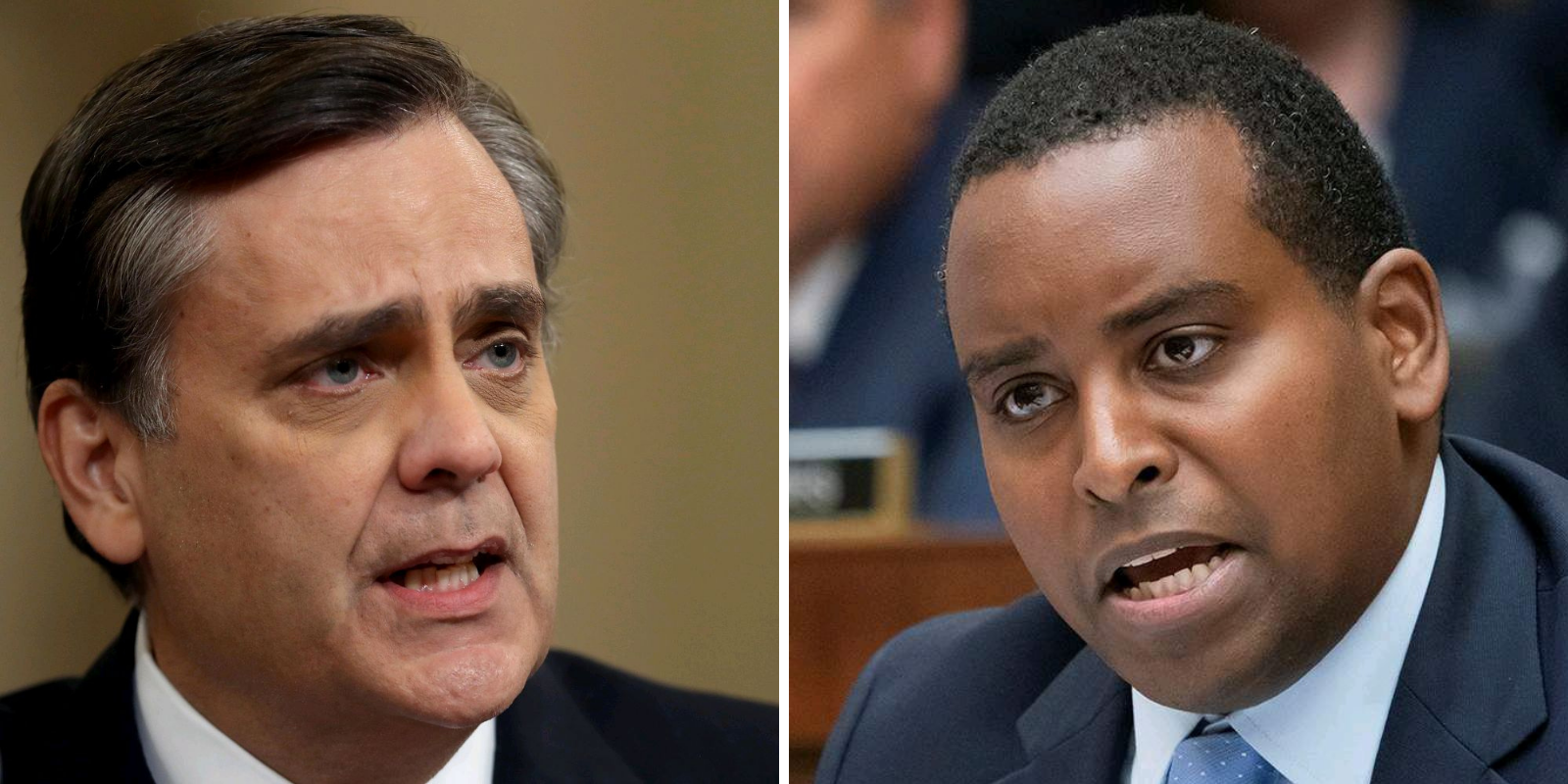 The discourse is focused on whether the ex-president incited the Capitol Hill riot on Jan. 6 and whether the relentless efforts of Democrat officials are unconstitutional now that Trump has left the Oval Office.

During remarks on the Senate floor, Neguse pointed to past analysis from Turley. The Colorado lawmaker stated at the trial that Turley once wrote in his prior study on the executive branch from years ago: "Resignation from office does not prevent trial on articles of impeachment."

He continued to quote Turley's writings on impeachment, referring to the George Washington University professor's quote of 18th century statesman Edmund Burke's declaration that "no man in no circumstance, can escape the account, which he owes to the laws of his country." In regards to the Blount case, Neguse also did not mention that the respective trial was dismissed for lack of jurisdiction.

"This is a distortion of Turley's actual view," commented Breitbart News senior editor-at-large Joel Pollak. "Anyone who follows Turley knows this. Neguse has just undone his own argument because Turley will speak out."

Sure enough, Turley objected on Twitter, responding to Neguse's public statements that invoked his work and viewpoints on the national stage.

Turley noted that Neguse cited his 1999 Duke Law Journal article from 21 years ago on the purpose of the Belknap trial and the value of such condemnations.

Neguse alleged that Turley was an advocate until just several weeks ago for retroactive trials, a "recognized champion" of the notion that the Constitution authorizes impeachment of former officials.

"I appreciate the citations but it is not true," Turley rebutted. "As noted, my views have evolved not on the value of such trials but on the text."

"However, I believe the better textual argument favors the narrower meaning," Turley interjected. The academic also emphasized that others, like fellow constitutional law expert Laurence Tribe, have matured their perspectives.

"The issue on such close questions remains your default on such questions," added Turley. "I have certainly become more textual in the last three decades, which I have written about over the years."

Turley emphasized that this change was not so recent as suggested by Neguse.

"The Democrats are getting fact-checked in realtime and it's not going well for them," remarked One America News Network's Jack Posobiec.

Turley linked to his January article about the topic, in which he addressed questions about his previous takes. He argued that while such trials had value in the past, the loose way in which the House had used its impeachment power meant that trying former officials caused more problems than the move solved.

"Again, I still hold the same views on the history and value of such retroactive trials. However, I believe that the language and implications of such trials outweigh those benefits," Turley wrote on Jan. 18. "Indeed, I have found over these decades that departures from the language of the Constitution have often produced greater dangers and costs."

Turley even emphasized that the opinion against retroactive impeachments is "strengthened" by what America has "witnessed in the two Trump impeachments."

He acknowledged that Neguse's reliance on the Duke piece is "not misplaced" as he still believes in what he stated before. It is only Neguse's characterization of his position that was "misleading," Turley penned in his new column dated Feb. 9.

If his views from long ago are going to be cited as "recent," Turley jested that he would at least appreciate the use of his thinner photos from the 1990s.

Turley appeared on Fox News soon after Neguse's display of political theatre. He conceded that his Duke publication can be cited to support retroactive trials under legitimate circumstances where removal is not one of the options available and other pathways exist like condemnation and disqualification.

"Those are all worthy and I still believe that," Turley reiterated on-air. Again, he has become more "textual" in his constitutional interpretation. "In the end, you have an interesting and unresolved issue," the legal pundit concluded.

Neguse, an experienced litigator and former head of Colorado's Department of Regulatory Agencies, was appointed to his high-profile position by House Speaker Nancy Pelosi. He was one of the Democrats leading the argument on the House floor against GOP attempts to reject Arizona's electoral votes when the pro-Trump mob stormed the Capitol building in early January. Neguse, also participated in Judiciary Committee work on the article of impeachment, The Gazette reported.

The first day of the trial was devoted to the constitutional question. Both sides will continue to argue their cases for 16 hours each over the next several days.