COVID Coordinator Dr. Ashish Jha was ushered off stage by Press Secretary Karine Jean-Pierre after a reporter asked him whether he thinks schools should remain open in the fall. 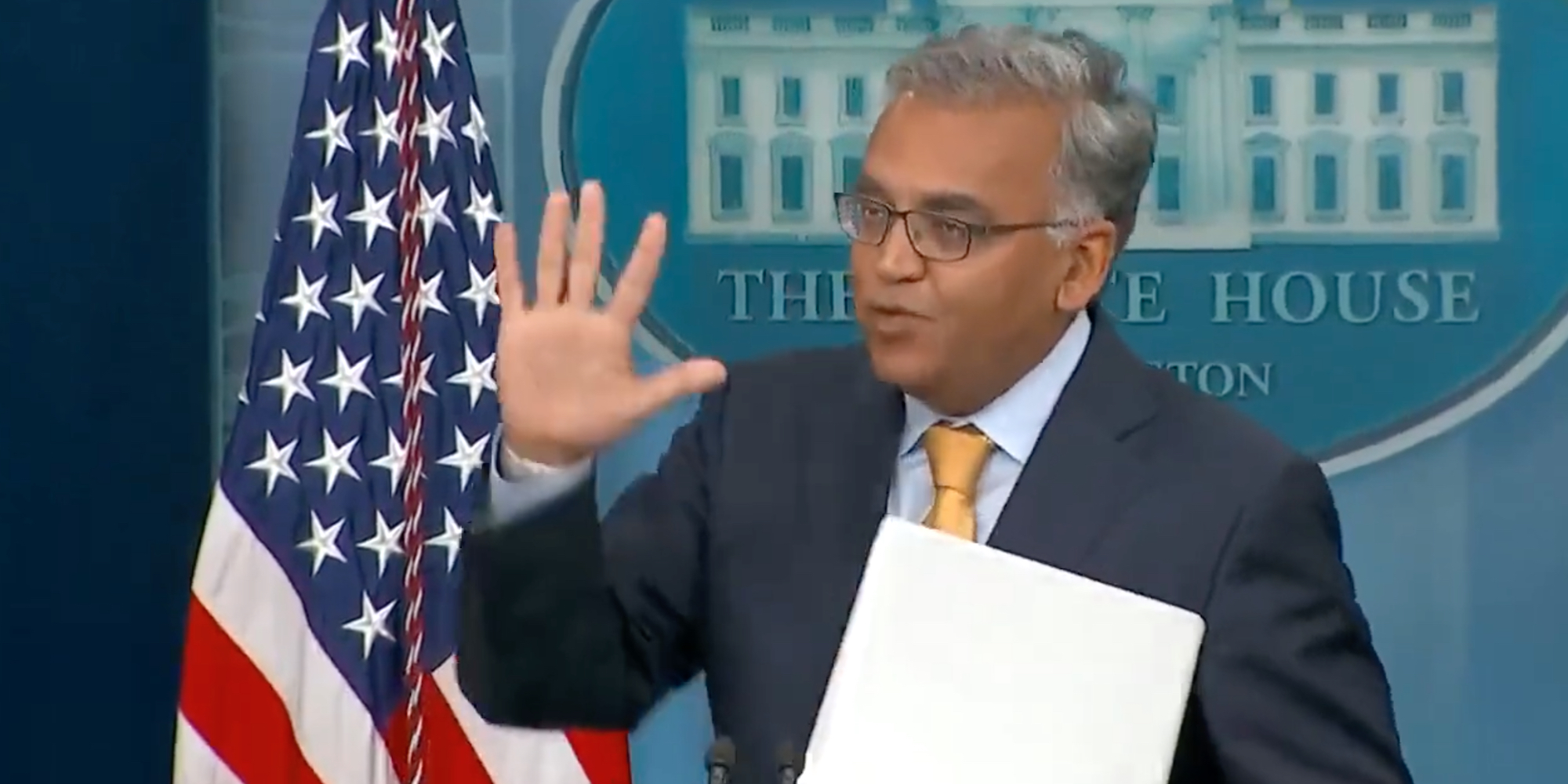 COVID Coordinator Dr. Ashish Jha was ushered off stage by Press Secretary Karine Jean-Pierre after a reporter asked him whether he thinks schools should remain open in the fall.

Dr. Jha took the stage first, answering questions related to COVID-19. At the end of his allotted time, a reporter asked him whether he thinks schools should remain open in the fall, but before he had a chance to answer, Jean-Pierre interrupted and ushered him off stage.

"Dr. do you believe schools will and must be open this coming fall?" a reporter asked.

"You have to go," Jean-Pierre told Dr. Jha as he attempted to provide a response, holding her arm out to direct him towards the door.

"Sorry," Dr. Jha said to the press gallery as he left.

During his time at the podium, Dr. Jha touched on a number of issues, including vaccinations for kids under five. He stated that the FDA is expected to release their recommendations in the coming weeks, however the CDC must also give their go-ahead before anything is confirmed.

He added that "many, many parents are eager to vaccinate their youngest kids."

He explained that the data is being analyzed, and that based on the data, the CDC "will decide who should get it, who should not."

"We need to plan for a variety of different scenarios," he added, "including planning for a next generation of vaccines for the fall and winter, which we want to make sure we have plenty of for every American; we will not have enough for every American without additional funding from Congress."