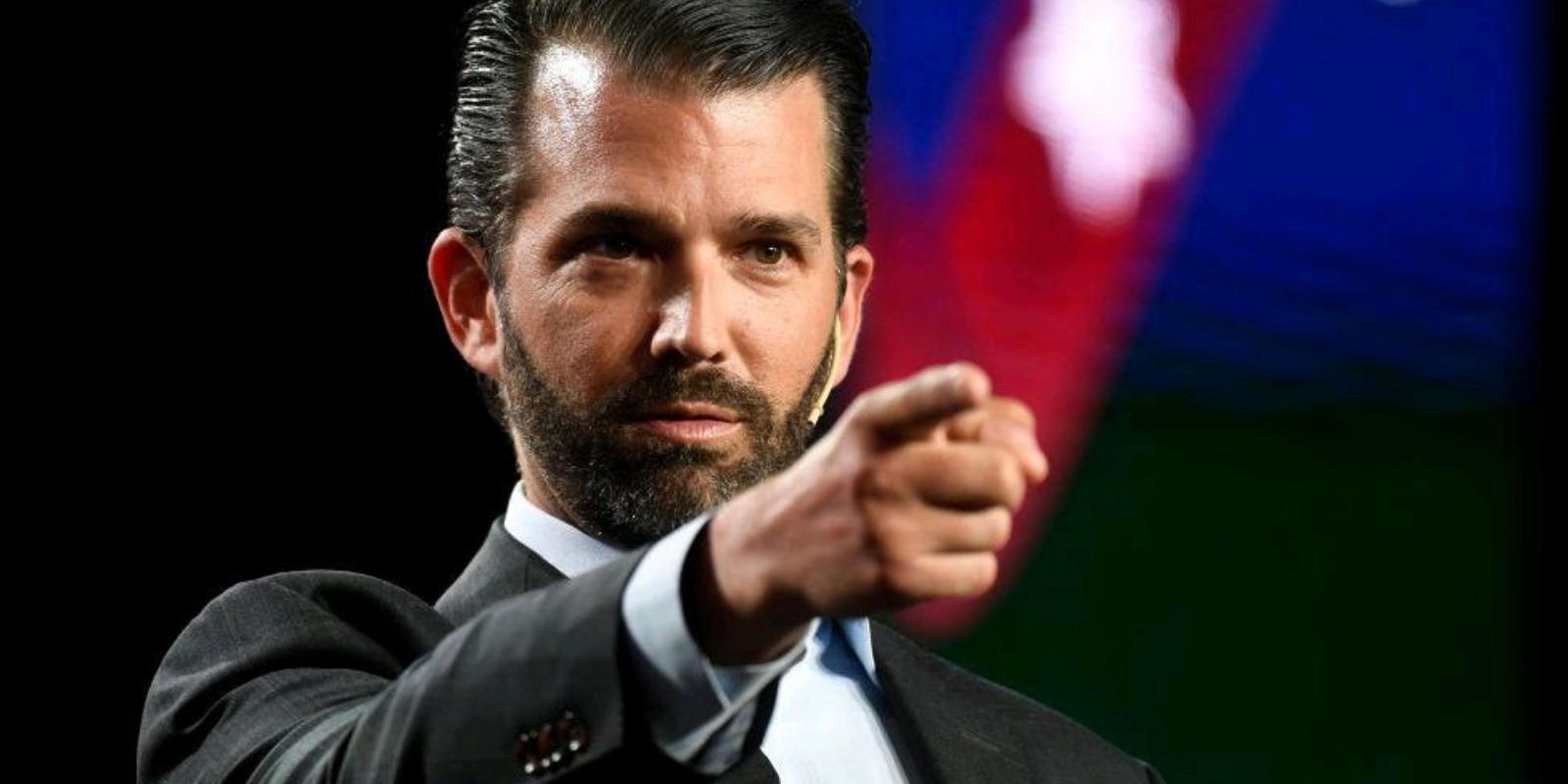 Trump tweeted out that the move to suppress right-wing news has been "started by congressional Democrats," linking his latest Rumble upload on the matter.

"This is the modern-day book burning," Trump captioned the almost four-minute video shared to the alternative platform on Tuesday evening. "The left wants to silence conservatives in any way possible." He has been producing fireside chat-esque vlogs since he paid tribute to conservative icon Rush Limbaugh last week.

"What time does the Democrat book burning party start?" Trump paraphrased the quote by Federal Communications Commission (FCC)'s Brendan Carr who tweeted the question Monday and attached his written response to the left's "attempt to stifle political speech and independent news judgement."

The Republican commissioner reacted via press release to that day's letter from House Democrats that was sent to Comcast, Amazon, Google, AT&T, among others, demanding to know what the companies plan to do to combat the "spread of dangerous misinformation" from Fox News, One America News Network (OANN), and Newsmax—including whether the cable providers will continue to carry the right-wing news channels.

Before the hearing set for Wednesday, titled "Fanning the Flames: Disinformation and Extremism in the Media," two senior members of the House Energy and Commerce Committee asked the tech heads about their role of televised falsehoods related to the 2020 presidential election and the COVID-19 pandemic, The New York Times reported.

Such content "undergird[s] the radicalization" of far-right radicals who stormed the Capitol building on Jan. 6 and contributes to the "growing distrust of public health measures necessary" to crush the coronavirus crisis, the letter reads.

In the memo, Rep. Anna Eshoo (D-CA) and Rep. Jerry McNerney (D-CA) called the networks "misinformation rumor mills and conspiracy theory hotbeds that produce content that leads to real harm." Such disinformation on television has "led to our current polluted information environment that radicalizes individuals to commit seditious acts and rejects public health best practices," the lawmakers alleged. Carr, in his press statement, castigated the "chilling transgression of the free speech rights that every media outlet in this country enjoys."

"There is no talk about the misinformation that CNN and MSDNC and these liberal activist places spread for years, peddling the Russia hoax—saying [former President] Donald Trump was an agent of Russia," Trump commented.

Trump lambasted the slew of hit pieces published by the mainstream media against his father that Democrats have "justified" as "newsworthy" journalism.

"They're trying to go after any conservative outlet," Trump warned, pointing to what he claims is the 21st century version of book burning.

The burning of books under the Nazi regime in 1933 is perhaps the most famous ritual destruction of written material by fire. Nazi-dominated student groups carried out public burnings of books claimed to be "un-German" in dozens of university towns. Works of prominent Jewish writers in addition to anti-national and reactionary literature were cast into the bonfires.

"They want to censor and blacklist conservative outlets," Trump said, lambasting CNN's "potato head" Brian Stelter for floating the crackdown idea and lambasting congressional Democrats for capitalizing on the soundbite.

The CNN anchor proposed on-air to limit the ability of conservative news programs to reach viewers, framing the partisan censorship as "a harm-reduction model" during his "Reliable Sources" monologue on Jan. 31.

"We should all be for free speech, by the way, even if we disagree with it," pivoted Trump. "Because once it goes, you may be on the other side of this thing some other time in the future." The president's eldest son pointed out that "no conservative is calling for the cancelling" of CNN, MSNBC, and "all of these other liberal propaganda networks" that dominate the media space.

This despite the "track record in years of lies," Trump fired back, noting that he has faced the flames himself lit by sensationalist "bombshell" reports.

"Think of how insane this is. This is going too far," Trump stated. "If the government isn't doing the censorship, it's not censorship, right?" he mocked the establishment's rationale. "That's what they always say. 'Well if it's not government, it's not protected free speech.' You have congressional Democrats petitioning public companies to get rid of this," Trump explained.

He revealed the roundabout relationship, since Democratic officials are now encouraging others to censor. "Seems like sort of one and the same," Trump argued, wondering if he's the only one who will expose the hypocrisy.

"The book burnings were bad when they happened 70 years ago and this is the modern-day equivalent," Trump concluded.