Fox News's Peter Doocy was once again asking tough questions on Thursday, over the Biden administrations refusal to do anything about the Russian Nord Stream 2 pipeline after having killed a similar project in the US. 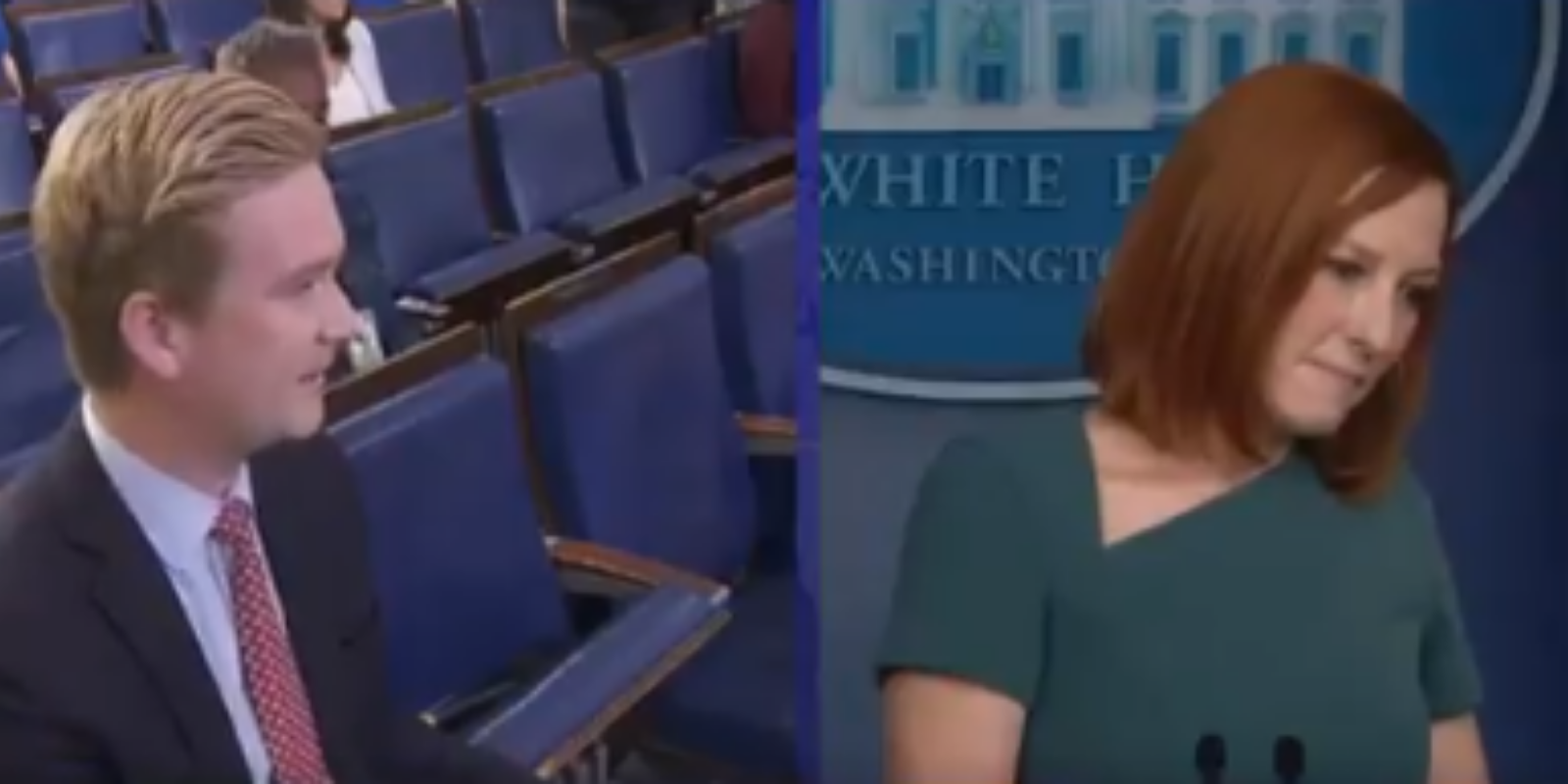 Fox News's Peter Doocy was once again asking tough questions on Thursday, over the Biden administrations refusal to do anything about the Russian Nord Stream 2 pipeline after having killed a similar project in the US.

"Peter Doocy battles Jen Psaki over the Biden administration refusing to sanction Russians over Nord Stream 2 and having done nothing to stop the pipeline's completion (even though he killed Keystone XL). As Doocy pointed out, it doesn't exactly show 'climate leadership,'" reads the caption to the below tweet:

"First, we're hardly letting other countries build Nord Stream 2. When the president took office, 95 percent of this pipeline was built. We've continued to convey that we believe it's a bad idea, a bad plan, and we have also put in place and taken actions over the last several days to make that clear."

"In large part, because our view is that it's a Russian geopolitical project that threatens European energy security, and that of Ukraine and eastern-flank NATO allies and partners. Hence there's a geopolitical concern about this pipeline, and we've taken steps over the last several days to make that clear."

The pipeline is indeed 95 percent complete, but construction was halted in 2019 amid Trump-era sanctions, and hasn't been set to resume until just recently.

Doocy went on to ask why further measures weren't taken to try and stop or at least "make it more difficult" for the project to be completed by Russia.

Psaki replied by re-iterating that they have "publicly announced our opposition to this plan," and further mentioned that "nine Russian vessels" have been sanctioned, without referring to the fact that the sanctions enacted by the Trump administration were lifted, and remain lifted to date.

Psaki herself has previously admitted that the Russian pipeline is a "bad deal", but couldn't give a solid reason why previous president Trump's sanction of the project needed to be revoked:

"W.H.’s Psaki admits the Russian pipeline 'is a bad deal,' but defends waiving the Trump-era sanctions; 'we make a range of decisions through a range of global factors.'"

When asked "What's the reason for waiving the sanctions?" Paski referred vaguely to "an important and vital relationship with leaders in Germany," in addition to the above-mentioned "range of global factors."