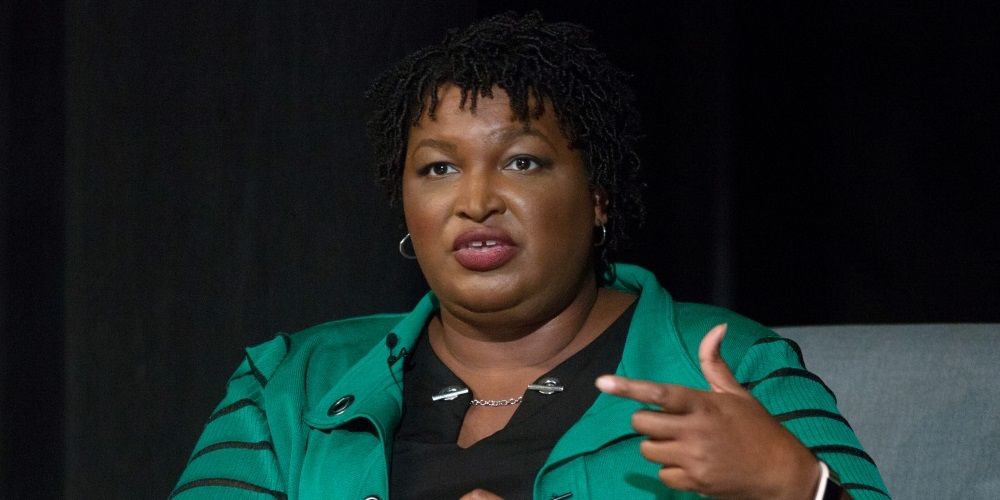 "We are going to work to mitigate voter suppression," Abrams claimed. "You are absolutely right that when voter suppression was put on its heals in the 2020 election through the work for Fair Fight 2020 and other organizations around the country, we saw voters turn out in record numbers and in record composition."

Abrams lost the 2018 Georgia gubernatorial election to Brian Kemp by a margin of 55,000 votes. While acknowledging that she could not surpass Kemp's lead Abrams refused to concede the election. She still refuses, claiming that she lost due to voter suppression.

The Atlanta Journal-Constitution investigated claims of electoral irregularities in 2018 and found "no evidence... of systematic malfeasance—or of enough tainted votes to force a runoff election between Republican Brian Kemp and Democrat Stacey Abrams." Abrams has still refused to concede the election.

Nevertheless, Abrams has remained active in politics and became a key organizer for the Democratic campaign in Georgia during the 2020 election.

Biden carried the state by less than 12,000 votes in November, with the Trump campaign alleging voter fraud delivered the state to Biden. Courts, meanwhile, have rejected such claims.

Abrams has teamed with Hollywood celebrities and producers to bring their influence to bear in the Peach State. With phone banking and appearances, Abrams has coordinated with the out-of-towners to advance the campaigns of Jon Ossoff and Rev. Raphael Warnock, both of whom are seeking to defeat the GOP senators who currently represent the state at the federal level.

The election for these seats was held as part of the general election on Nov. 3, but the races were both too close to call. That resulted in a runoff election, which will be held on Jan. 5.

Abrams has been vocal in her support of Ossoff and Warnock, and is putting the full weight of her unelected leadership behind their campaigns. The voting groups that she works with have been alleged to have sent absentee ballots to people who don't live or vote in Georgia.

Under the auspices of Georgia Secretary of State Brad Raffensperger, investigations have been launched into voting groups helmed by Abrams, including America Votes, Vote Forward and The New Georgia Project.

Raffensperger said "I have issued clear warnings several times to groups and individuals working to undermine the integrity of elections in Georgia through false and fraudulent registrations. The security of Georgia's elections is of the utmost importance."

Raffensperger said that he had "received specific evidence that these groups have solicited voter registrations from ineligible individuals who have passed away or live out of state."