WATCH: Fauci discredits CNN story which claimed Biden administration received 'no plan' on vaccine rollout and were 'starting from scratch'

During a White House press conference on Thursday, Dr. Anthony Fauci refuted an earlier CNN report that the Biden administration was "starting from scratch" with the COVID-19 vaccine rollout. 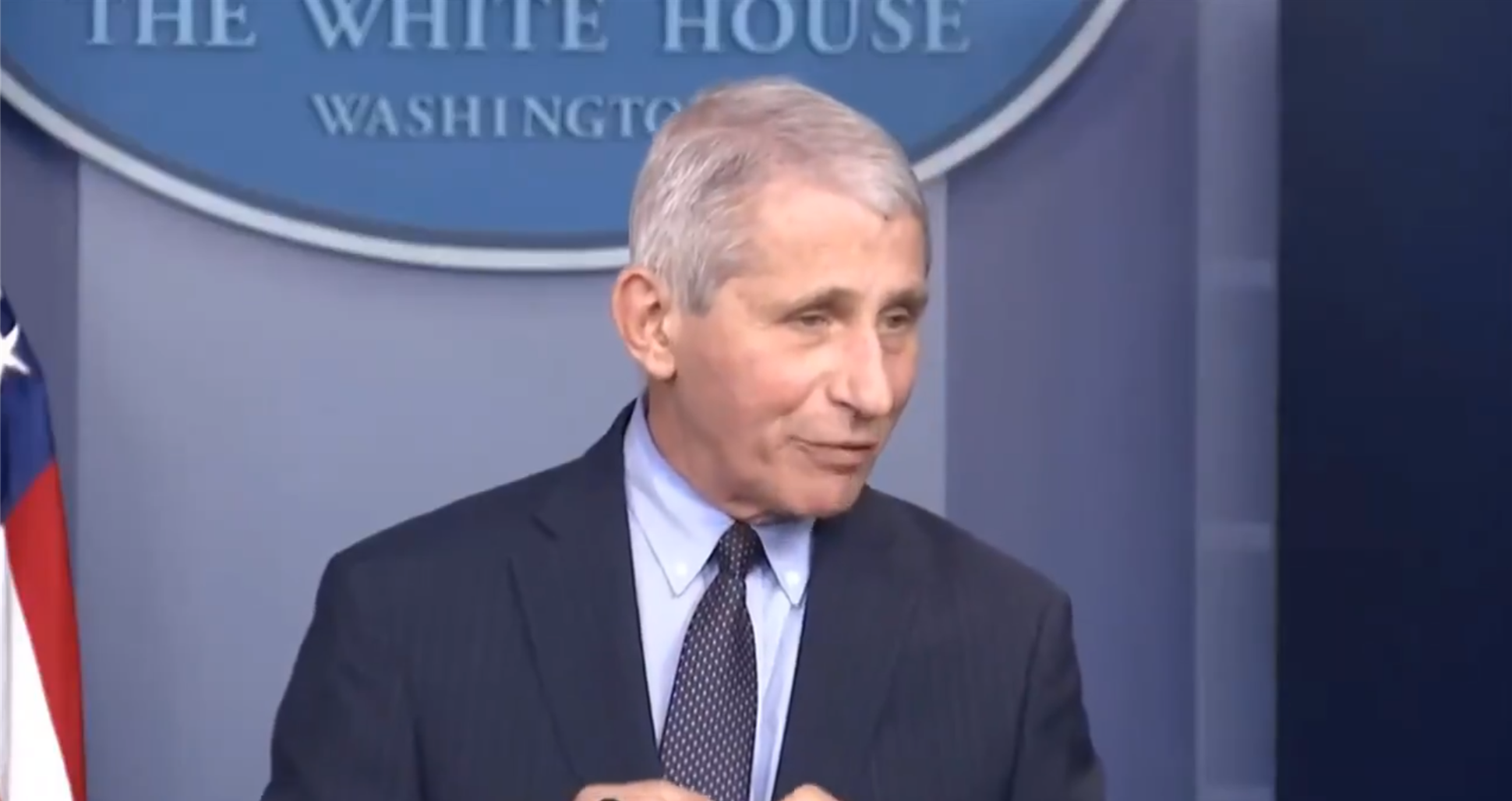 During a White House press conference on Thursday, Dr. Anthony Fauci refuted an earlier CNN report that the Biden administration was "starting from scratch" with the COVID-19 vaccine rollout.

CNN quoted unnamed officials in the Biden Administration that they received "no plan" from the outgoing Trump administration. According to CNN, the anonymous sources alleged that "There is nothing for us to rework. We are going to have to build everything from scratch."

Fauci was asked by NBC News correspondent Kristen Welker during the presser if the new administration was actually "starting from scratch."

Fauci answered, "We certainly are not starting from scratch because there is activity going on in the distribution," and then began describing the Biden administration's plan.

CNN White House correspondent MJ Lee, attempted to defend her reporting on social media and called Fauci "a holdover from the Trump administration."

Lee’s comments which attempted to paint Fauci as a Trump loyalist are contrary to a different story CNN ran earlier in the day entitled, "Fauci talks 'liberating feeling' serving under Biden versus Trump."

The article quoted Faucci from a briefing where he said, "The idea that you can get up here and talk about what you know, what the evidence, what the science is -- let the science speak. "It is somewhat of a liberating feeling."

Even Speaker of the House Nancy Pelosi (D-CA) repeated CNN's false narrative. "We learned this morning that the Trump Administration had no real plan for the production and distribution of the vaccine."

CNN has now updated the original story to add Faucci’s refutation of Lee’s narrative but buried it under the original disputed reporting. Later CNN added a live update as part of their chronicle of Biden’s first day in office entitled, "Fauci disputes reports vaccine distribution efforts have to start 'from scratch.'"