College football country hasn't been kind to Biden since the season kicked off. 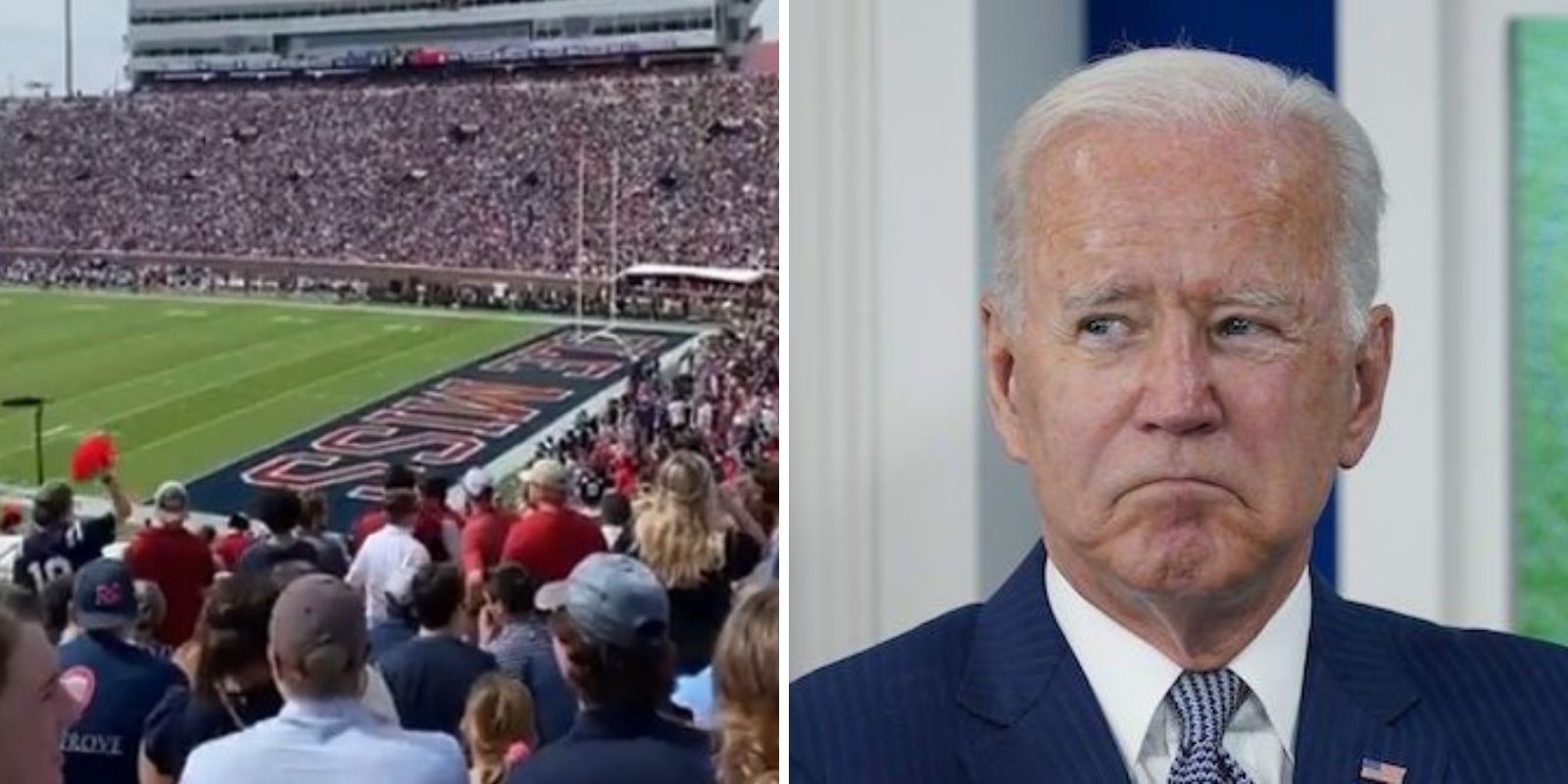 College football country hasn't been kind to President Joe Biden since the season kicked off. The trend of anti-Biden chants from fans continued amid an offensive slugfest between the Ole Miss Rebels and Arkansas Razorbacks. Despite the dismissiveness of the establishment press, who tried to play off chants at a NASCAR XFinity event as "Let's Go Brandon!", it has taken root in true American fashion in student sections and stadium bowls up and down the country.

While the thunderous chants originated in southern states where the president is deeply unpopular, from Auburn to Indiana to Texas A&M, and now at Ole Miss, it's spreading to sports arenas across the nation; anti-Biden chants were heard at the most recent iteration of the "Subway Series" between the New York Mets and the New York Yankees.

With playoff baseball kicking off, plenty of exciting college football still on the schedule and the start of the NHL and NBA seasons just around the corner, it remains to be seen whether this is just a blip of discontent, or a titantic, grassroots rejection of Biden's presidency.