According to new police footage, the girl threatened by Ma'Khia Bryant at knifepoint tells authorities, "She came after me." That's why the officer shot the teen, the victim says, expressing gratitude. 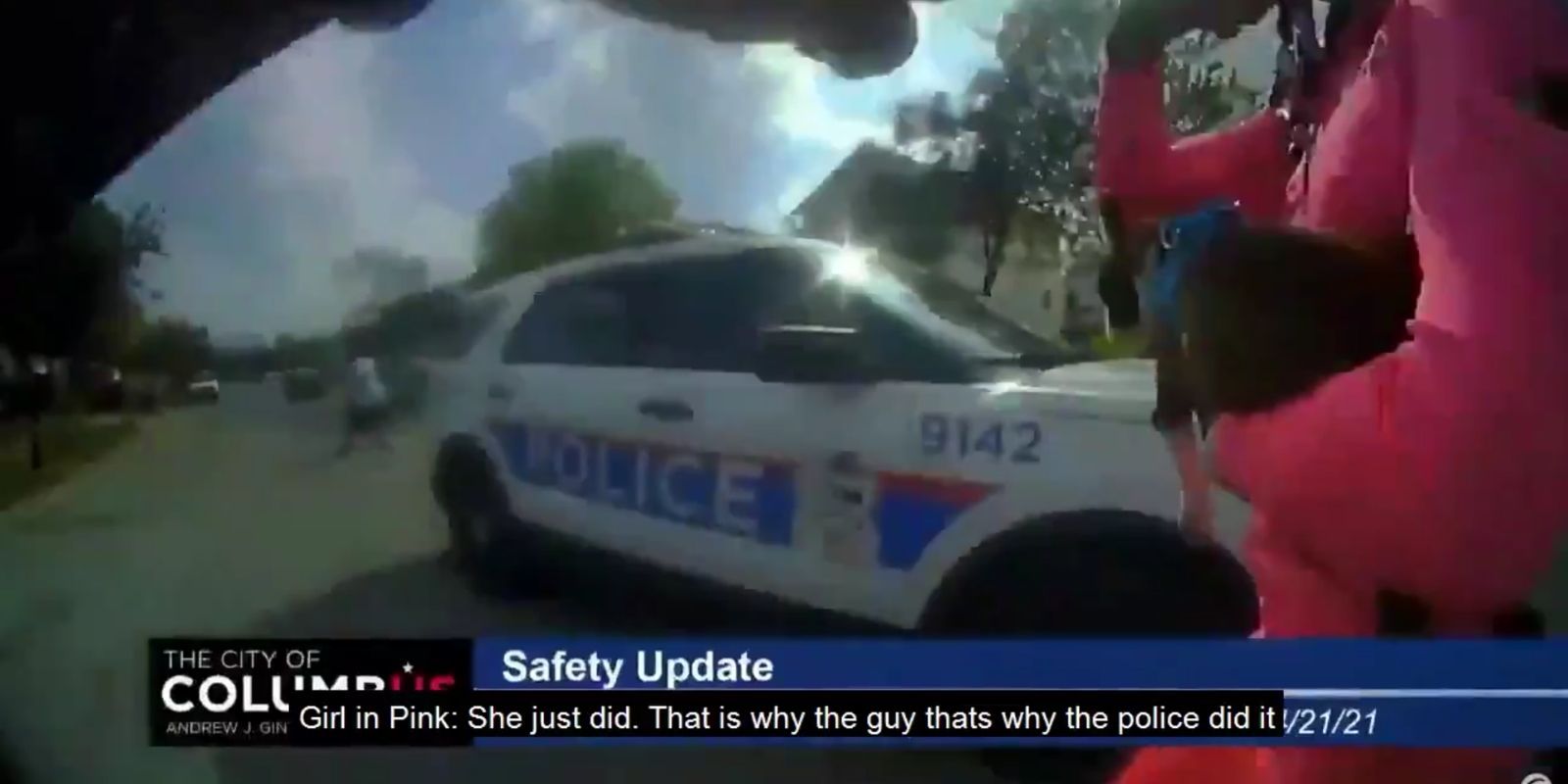 According to new police footage, the girl threatened by Ma'Khia Bryant at knifepoint tells authorities, "She came after me." That's why the officer shot the teen, the victim says, expressing gratitude.

Before the girl dressed in the bright pink sweatsuit is seated in the police car, the victim of the attempted stabbing recounts the terrifying situation. "She came out here with a knife earlier?" one of the cops questions, referring to Bryant. "She just did. That's why the police did it," she answers, walking towards the vehicle.

"She came after me," the female in pink can be heard telling an officer on the footage. The officer asks, "With a knife?" She responds, "Yeah, so he got her."

Officers were called to the scene after an unidentified female reported the disturbance. The body-worn video shows Bryant swing at two others with the steak knife. Woods would not say who made the initial 911 call, Fox 8 reported.

The initial truncated clip begins at the moment the officer encounters the teen, who appears to be armed with the black-handled blade, chasing one of the girls outside the residence. The first girl who was being chased falls on the lawn in front of the cop. The officer shouts at the alleged suspect to "get down," before the teen targets another female on the hood of an adjacent parked car.

As the teen swings the apparent weapon towards the girl in pink attire, the officer fires several shots at the alleged suspect, striking Bryant.

In another clip, an officer can be heard asking bystanders for the teen's name, then stating on repeated instances: "C'mon, Ma'Khia. Stay with us, Ma'Khia."

Despite circumstantial evidence, the liberal media is still trying to smear the responding officer, who defended the victim, as some trigger-happy "racist" cop.