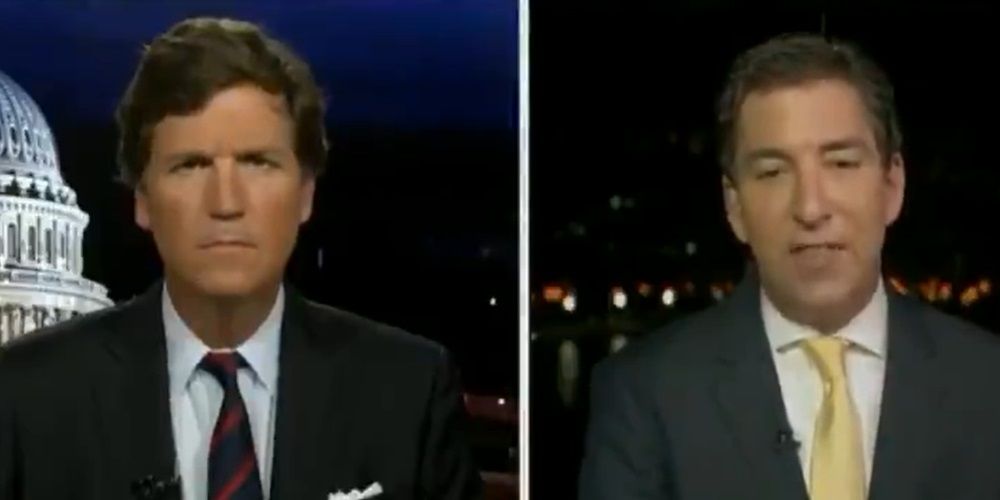 Parler has faced heavy criticism in the wake of the pro-Trump Capitol Hill riot which left five people dead, with opponents alleging that the platform's lax moderation allowed extremists to organize the riot. The platform was subsequently removed from the Google play store and the Apple app store on the same day, with Amazon following shortly after by kicking Parler off of its web servers entirely, sending the website offline. Parler has since taken up an anti-trust suit against Amazon.

The censoring and removal of Parler at the hands of the three tech giants has caused the three big tech companies, Apple, Google, and Amazon, to face accusations of abusing monopolistic market power. No evidence has arisen thus far showing that any of the rioters organized the raid on the Capitol over Parler.

Greenwald's penned an article on Substack, where he has been publishing since he left The Intercept, which he founded, where he lambasted big tech companies for their preferential treatment of Facebook, Twitter, and YouTube over Parler.

Greenwald noted in his article that "liberals celebrated this use of Silicon Valley monopoly power to shut down Parler, just as they overwhelmingly cheered the prior two extraordinary assertions of tech power to control US political discourse: censorship of The New York Post’s reporting on the contents of Hunter Biden's laptop, and the banning of the US President from major platforms."

"Not only did leading left-wing politicians not object but some of them were the ones who pleaded with Silicon Valley to use their power this way," Greenwald wrote, pointing specifically to Democratic Congresswoman Alexandria Ocasio-Cortez. He also pointed to journalist Michelle Goldberg, who expressed concern over the power of big tech companies but lauded their actions anyway.

"That is because the dominant strain of American liberalism is not economic socialism but political authoritarianism," Greenwald said, and "they are now calling for the use of the most repressive War on Terror measures against their domestic opponents."

Greenwald also criticized Twitter's actions during the 2020 election, calling their suppression of the bombshell New York Post's Hunter Biden story "one of the most alarming events to ever take place in American politics in the last decade."

He further slammed Twitter for posting a tweet criticizing the Ugandan government's censorship of social media in the lead-up to an election, asserting that Twitter is at the forefront of censorship and lacks the moral authority to complain about it.