Her rationale is that GOP lawmakers voted against the $1.9 trillion American Rescue Plan, which had $300 million set aside for the COPS community policing program. 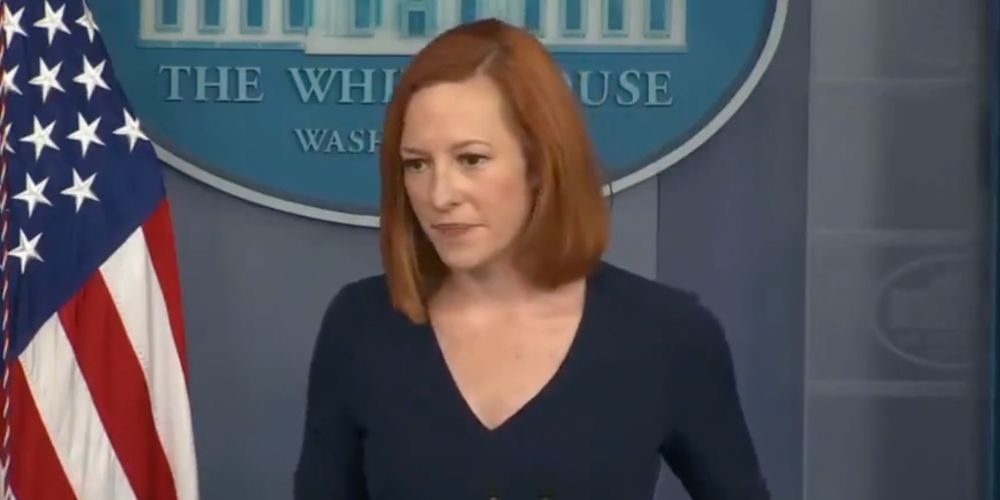 During a White House press conference Friday, Press Secretary Jen Psaki once again defended the administration's bizarre claim that Republican lawmakers are the ones in favor of defunding the police. Her rationale is that they voted against the American Rescue Plan, a massive, $1.9 trillion spending bill passed earlier this year, which had $300 million set aside for the COPS community policing program.

"You say the president does not want to defund the police," Fox News' Peter Doocy asked Psaki. "Is the president concerned, then, that last year,  the now associate Attorney General Vanita Gupta said it was 'critical for state and local leaders to heed calls from Black Lives Matter and movement for Black Lives activists to decrease police budgets.'"

Psaki responded by citing a February Fox News report that stated "current and former police chiefs in more than 53 cities across the country as well as the Fraternal Order of Police" voiced their support for Gupta's nomination, as well as "praising her leadership, and record."

Doocy stated that in Senate testimony, Gupta told lawmakers that "she wanted to decrease police budgets."

Psaki continued by stating that the American people were more interested in the public voting record of American lawmakers, adding that "Republicans have spent decades trying to cut the COPS program," while Biden won his campaign on promises to increase police budgets.

This questioning from Doocy builds on previous questionings of the same nature, in which Psaki has repeatedly claimed that Republicans support defunding the police, solely because the declined to vote for the massive spending bill.