Speaking to the United States on Monday night, Biden urged Americans to not give election fraud or voter irregularities one further thought. 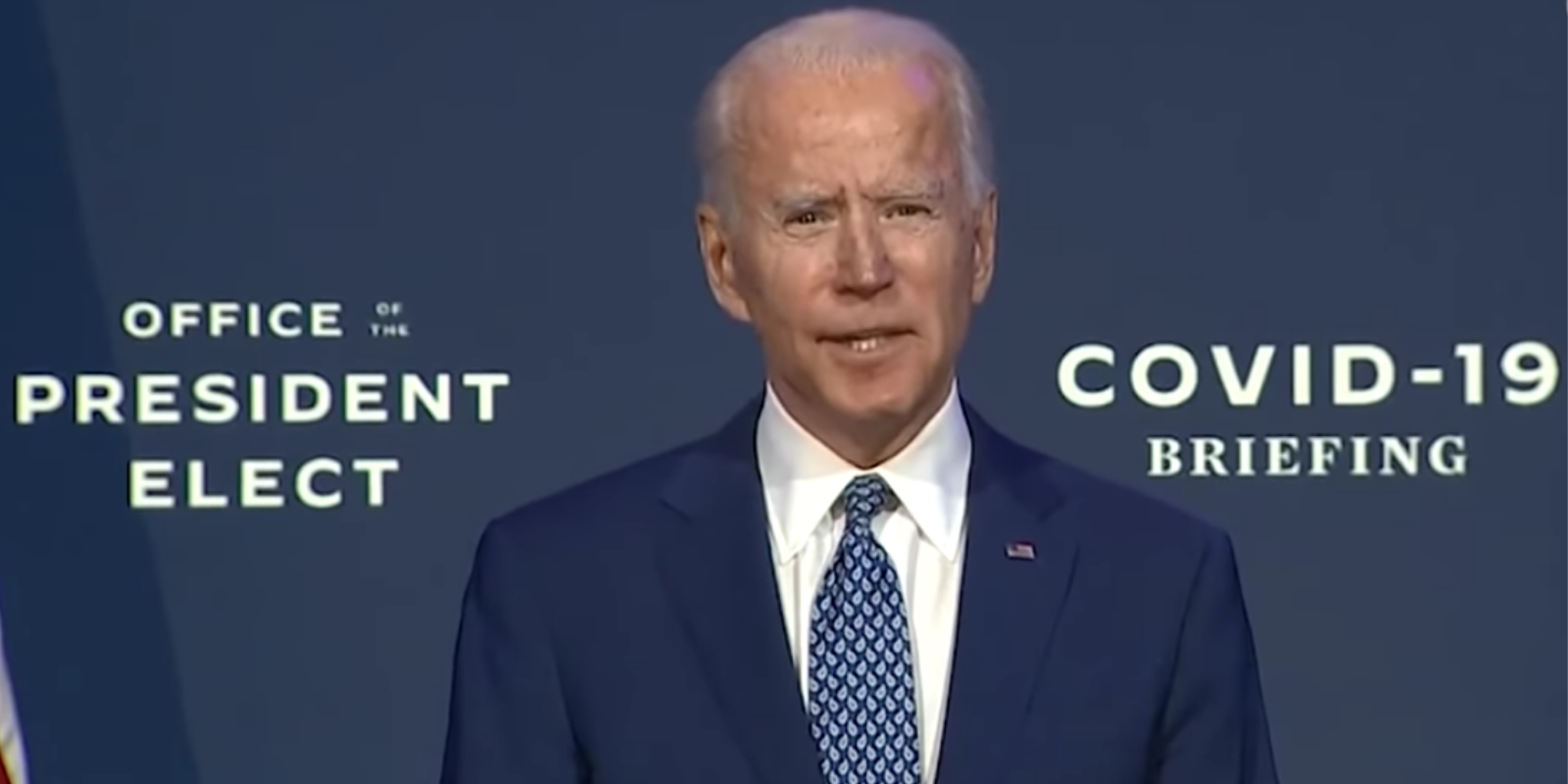 Speaking to the United States on Monday night after attaining the 270 electoral votes needed to become president, Biden urged Americans to not give election fraud or voter irregularities one further thought.

Biden said that the questions that were raised about election issues were "resolved through the legal processes." He gave a civics lesson to America as to the nature of democracy, and criticized Trump's efforts to secure a free and fair election.

Biden claimed that the concerns that the Trump campaign and many GOP legislators had with regard to voter irregularities and election fraud were unwarranted. He endeavored to unify Americans, while discounting their concerns over voter fraud.

"More than 81 million of those votes were casts for me and Vice President-elect Harris. That too is a record. More than any ticket has received in the history of America," Biden said.

"It represents a winning margin of more than 7 million votes over the number of votes cast for my opponent. Together, the Vice President-elect Harris and I earned 306 electoral votes, well exceeding the 270 electoral votes needed to secure victory.

"Three hundred six electoral votes is the same number of electoral votes that Donald Trump and Vice President Pence received when they won in 2016. At the time, President Trump calls the Electoral College tally a 'landslide.' By his own standards, these numbers represented a clear victory then, and I respectfully suggest they do so now."

He said: "Even more stunning, 17 Republican Attorneys General, and 126 Republican members of the Congress, actually, they actually signed onto a lawsuit filed by the state of Texas," Biden continued.

"That lawsuit asked the United States Supreme Court to reject the certified vote counts in Georgia, Michigan, Pennsylvania, and Wisconsin. This legal maneuver was an effort by elected officials and one group of states to try to get the Supreme Court to wipe out the votes of more than 20 million Americans in other states. And to hand the presidency to a candidate who lost the Electoral College, lost the popular vote, and lost each and every one of the states whose votes they were trying to reverse. It's a position so extreme, we've never seen it before."

Clearing his throat multiple times, Biden said "Today our nation passed a grim milestone," noting the over 300,000 death toll, and intoning personal grief, as he so often did on the campaign trail.

"My heart goes out to each of you in this dark winter of the pandemic, about to spend the holidays and the new year with a black hole in your heart."

"There's nearly 10 million COVID cases in the United States. Last week we topped a hundred and twenty thousand new cases on multiple consecutive days. Infection rates are going up. Hospitalizations are going up."

Biden has said that upon taking office, he would ask all states to implement a mask mandate, forcing citizens to wear face coverings in public places and anyplace he has the authority to implement it.

Biden's tone is a direct contrast to outgoing President Trump's tone, who typically errs on the side of positivity and optimism to grim facts and asks for further sacrifice.