WATCH: Joe Biden's ambassador to the UN says 'white supremacy is weaved into' the founding principles of America

"The original sin of slavery weaved white supremacy into our founding documents and principles." 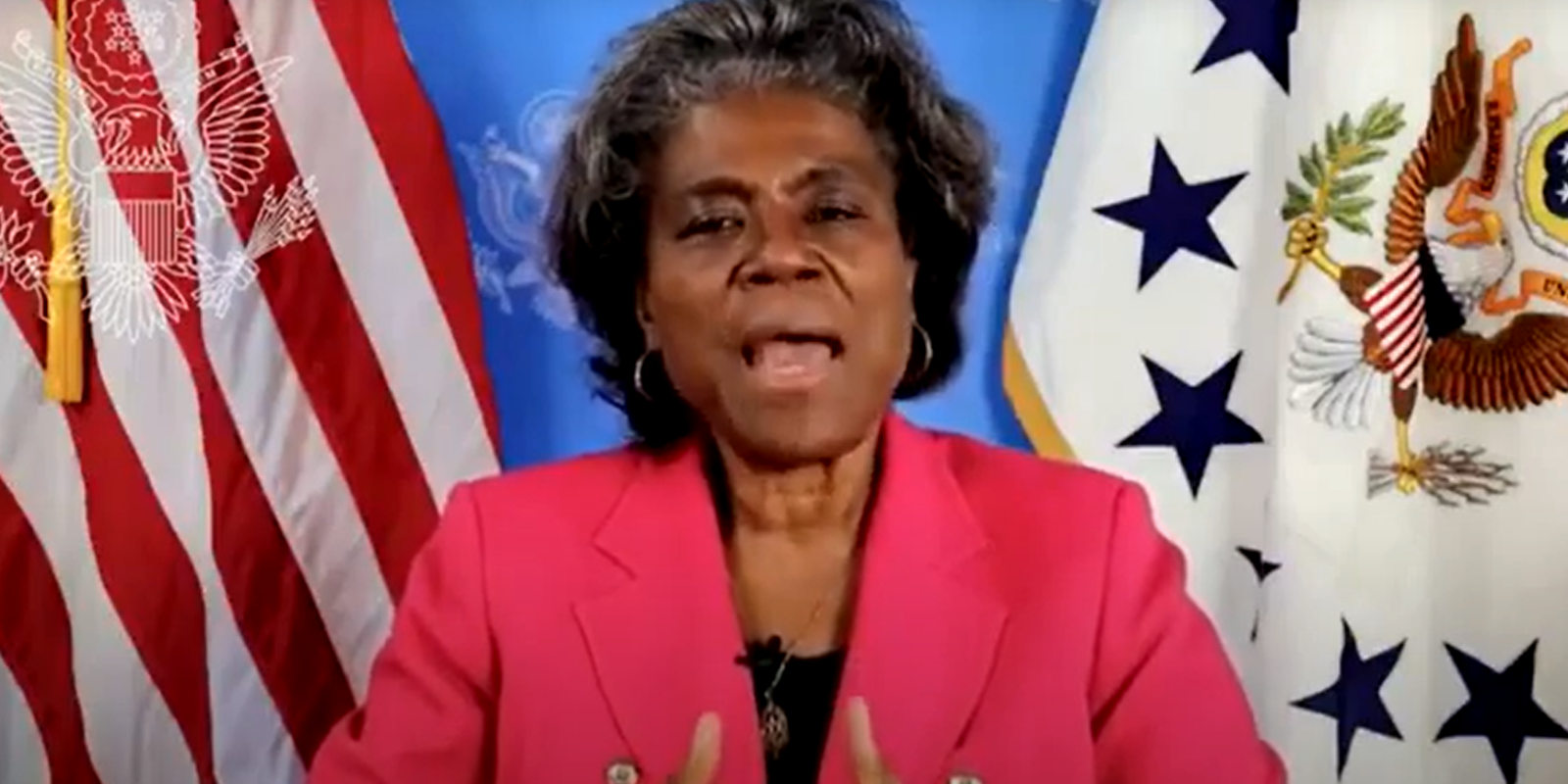 The US ambassador to the United Nations said that white supremacy "is weaved into [the United States'] founding documents and principles" on Wednesday.

“When we raise issues of equity and justice at the global scale we have to approach them with humility... We have to acknowledge that we are an imperfect union and have been since the beginning and every day we strive to make ourselves more perfect," she said.

Thomas-Greenfield recounted of how the Ku Klux Klan would burn crosses on her neighbours' lawns, and she has for herself seen "how the original sin of slavery weaved white supremacy into our founding documents and principles."

She also said racism is a problem "of the racist and it is the problem of the society that produces the racist."

She said that it was "every society" in today's world that dealt with those issues, and that those types of behaviors lead to the death of George Floyd, and other black Americans.

“That’s why the Biden administration has made racial equity a top priority across the entire government and I’m making it a real focus on my tenure at the U.S. mission to the United Nations,” she continued.

Thomas-Greenfield formerly worked in the Foreign Service for over 30 years, and held an ambassadorship in Liberia from 2008 to 2012 "as well as other roles in Gambia, Nigeria, Switzerland, Pakistan, Jamaica and Kenya," according to Fox News.