"What President Biden wants to do is make sure those folks have better choices, that they have alternatives. That they could be the people who go to work to make solar panels." 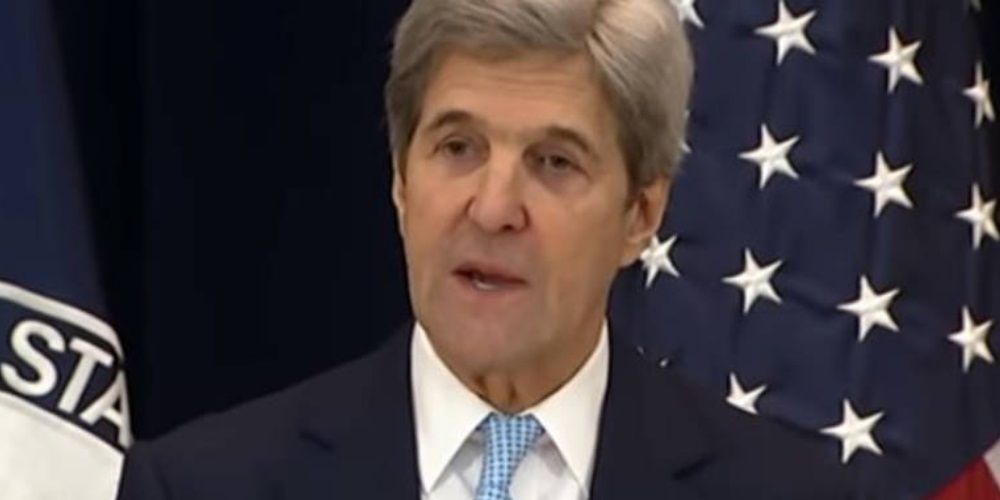 John Kerry, the Special Presidential Envoy for Climate, said at a White House press conference on Wednesday that oil and gas workers who lose their jobs due to the Biden administration's climate agenda can find new jobs building solar panels.

"The takeaway to [oil and gas workers] is that they're seeing an end to their livelihoods. What do you say to them, particularly to those people who President Trump struck a chord with on the campaign trail when he promised to save their jobs. What is your message to them right now?" Kerry was asked by a reporter.

Kerry began by referring to climate change as a "crisis."

"With respect to those workers, no two people in this room are more concerned about it, and the President of the United States has expressed in every comment he has made about climate the need to grow the new jobs that pay better, that are cleaner," Kerry responded.

"The fastest growing job in the United States before COVID was solar power technician. The same people can do those jobs, but the choice of doing the solar panel one now is a better choice. Similarly, you have the second-fastest growing job pre-COVID was wind turbine technician," Kerry continued.

Kerry was not far off from the truth, the fastest growing job in the United States before the coronavirus pandemic was wind turbine technician. Solar panel technician was third on the list with nurses placing between the two.

"This is happening. 75 percent, 70 percent of all the electricity that's come online in the past few years came from renewables. Coal plants have been closing for the past 20 years. What President Biden wants to do is make sure those folks have better choices, that they have alternatives. That they could be the people who go to work to make solar panels," he further argued.

It is unclear how such retraining would work, or whether it is possible to retrain older members of the workforce who have spent the entirety of their lives in the fossil fuel industry.

"I think that unfortunately workers have been fed a false narrative–quelle surprise right?–over the last few years. They've been fed the notion that somehow dealing with climate is coming at their expense. No it's not. What's happening to them is happening because of other market forces already taking place."

Kerry pointed to banks and venture capitalists investing large amounts of money in green energy. He did not point out that governments, like that of California, are intent on closing nuclear power plants, that effort is being put into the closures of hydro-electric energy, and that government has been consistently putting their thumb on the scale of the free market, encouraging and funding renewables to the exclusion of other energy sources.

The Biden administration has used executive power to shut down the energy pipeline that would have secured tens of thousands of jobs and been a means for Canada to get its oil to refineries in the US.

"Those are jobs. The same worker who works in South Carolina today putting together a BMW which happens to be made there and is currently an internal combustion engine can put together a car, but it's electric," Kerry said.

Auto industry workers in much of the country, however, often found themselves displaced by destructive market forces pushing auto manufacturing out of the country. Many of those workers found it difficult if not impossible to find similarly high-paying jobs. It is unclear how the Biden plan will resolve this issue.