According to recently proposed congressional rules, House Speaker Nancy Pelosi should have said "I stand before you as a spouse, a parent, a grandparent, and a child." 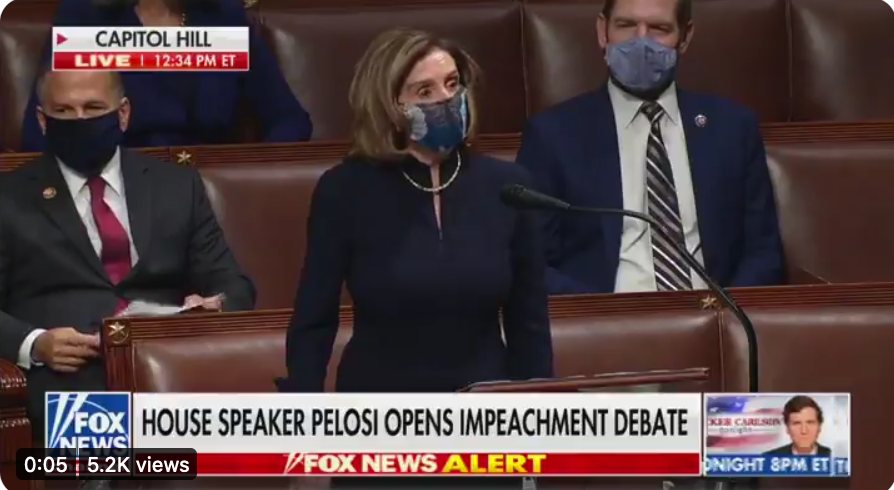 "I stand before you as a wife, a mother, a grandmother, a daughter," House Speaker Nancy Pelosi said to the House on Wednesday as the latest impeachment resolution was debated on the floor.

But according to recently proposed congressional rules, she should have said "I stand before you as a spouse, a parent, a grandparent, and a child." She approved these rules, voted in favor of them, and cannot actually abide by them.

Changes to the rules for the 117th Congress resulted in the removal of language that attributes relationships defined by biological sex.

It goes on to say that in given clauses, "strike 'father, mother, son, daughter, brother, sister, husband, wife, father-in-law, or mother-in-law' and insert 'parent, child, sibling, spouse, or parent-in-law'. In clause 4 of rule XXVII, strike 'himself or herself' and insert 'themself'."

Pelosi said of the rules that "These future-focused proposals reflect our priorities as a Caucus and as a Country—including crushing the coronavirus, addressing economic disparity, combating the climate crisis, advancing inclusion, and promoting integrity in government."

Pelosi does not appear to see a reason to abide by these rules outside of Congress, as she's stated her maternal affiliations in her Twitter bio.

Pelosi's inability to follow the congressional rules that in essence erase the concept of male, female, men, and women, shows in part how deep the distinctions between the sexes runs, and how futile it is to try to remove them in language.