Speaker of the House Nancy Pelosi was so in touch with the mission of the police reform bill and the man who inspired its name that she called George Floyd, George Kirby. 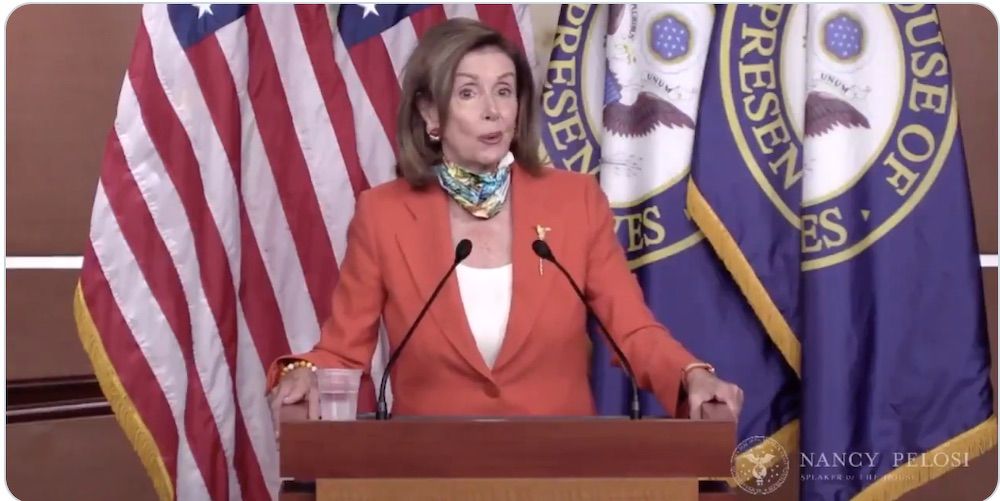 After the Democrats in Congress brushed off the GOP led police reform bill, they launched their own. Speaker of the House Nancy Pelosi was so in touch with the mission of the police reform bill and the man who inspired its name that she called  George Floyd, George Kirby.

Speaking before the House, Pelosi said: "I'm very proud, for the judiciary committee, that before [George Floyd's brother] testified, he said to me 'Madame Speaker do you think that I can tell George's daughter that his name will be always remembered because you will name the bill for him.'

"And I said 'well I will recommend that to the judiciary committee and to the Congressional Black Caucus who has shaped the bill, but I only will do that if you tell me that this legislation is worthy of George Kirby's name,' and he said 'it is.'"

It was only a few days ago that the Democrats in Congress, who have in the wake of Floyd's death been pushing for a police reform bill, struck down a GOP led version of the bill. Republicans brought the bill, but were unable to get enough votes from representatives across the aisle.

Democrats refused to vote for that bill supposedly because they did not think it went far enough in addressing necessary reform issues. Democrats instead decided to bring their own bill. This kerfuffle over whose police reform bill should pass could lead to complete Federal inaction on this issue.

This new bill, named for George Floyd, or perhaps George Kirby, Pelosi doesn't seem entirely sure, is meant to enact police reforms. This despite there having been one languishing on the House floor since 2015 when New York representative Hakeem Jeffries proposing legislation outlawing law enforcement's use of chokeholds. Pelosi did not indicate why Jeffries' bill never made it out of committee five years ago.

George Floyd was killed by Minneapolis police officer Derek Chauvin on May 25, and his death has sparked massive civil unrest and social upheaval. This in the wake of the COVID-19 coronavirus, which shuttered businesses, put tens of millions of people out of work, and exacerbated existing mental health and addition problems both across North America and the world.

Perhaps Pelosi should ask him to be sure of what his brother's name is before she attempts to push the bill through committee.