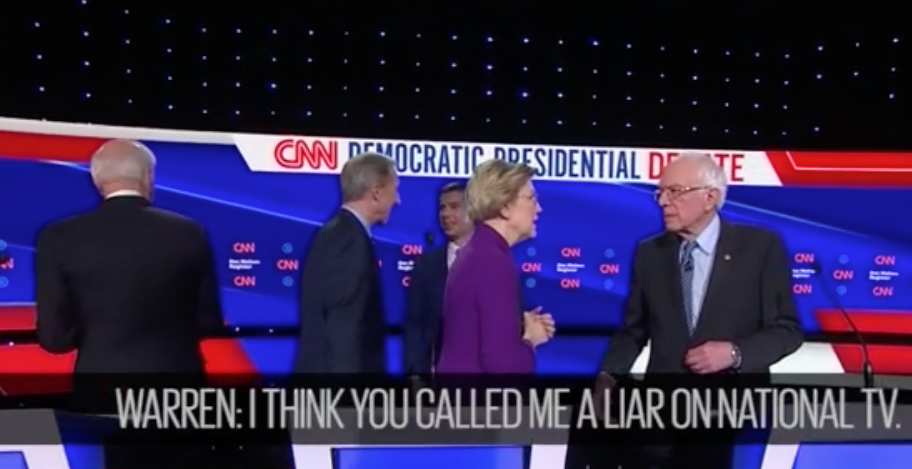 “I think you called me a liar on national TV,” Warren says in the clip.

Warren then walked away without shaking Sanders’ hand. They are then interrupted by Tom Steyer, who says, “I don’t want to get in the middle. I just want to say hi, Bernie.”

One America News’ Jack Posobiec quipped, “How is Bernie going to stand up to China and Russia when he can’t even stand up to Lyin’ Liz?”

#CNNisTrash trended for most of the day today on social media as the public reacted to what many perceive to be an anti-Sanders bias from the network.

The heated exchange comes after CNN recently reported that sources said that Sanders expressed doubt to Elizabeth Warren on whether a woman can win the presidency.

Bernie Sanders called the allegations “ludicrous,” saying “it’s sad that, three weeks before the Iowa caucus and a year after that private conversation, staff who weren’t in the room are lying about what happened.”