The reporter, unsatisfied with the answer, objected to Calandra's insistence that the pandemic was being handled well. 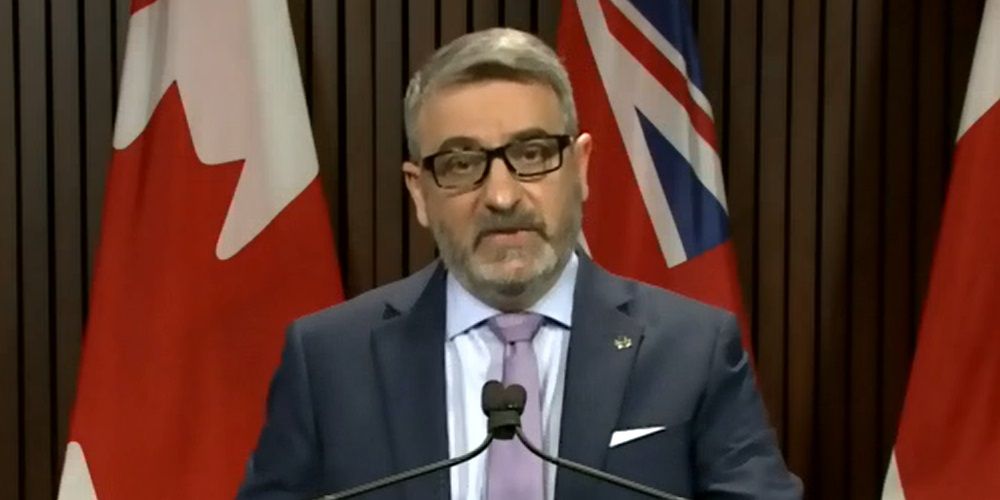 Ontario Progressive Conservative House Leader Paul Calandra said on Wednesday that Premier Doug Ford is doing a "spectacular job" managing the third wave of the coronavirus pandemic, according to CP24.

When asked by a reporter if he still has "confidence in Doug Ford to remain as Premier," Calandra said that "the Premier has done a spectacular job throughout this.

"This is a challenging time," Calandra continued. "I can't imagine that anybody would have been able to right how we would handle this. If you look across the country, governments whether it is in British Columbia all the way through to Newfoundland have had challenges and different challenges that we've had to face throughout this pandemic."

Newfoundland and Labrador has recorded a little over 1,000 cases of coronavirus since the beginning of the pandemic and only six deaths, while British Columbia has recorded 121,000 cases and 1,539 deaths.

Ontario, meanwhile, has recorded 429,000 cases and 7,789 deaths from the virus, numbers which vastly outpace both provinces even after taking into account differences in population.

"We had historical deficiencies in Ontario that had to be addressed and we were starting to address those before the pandemic. I talked in the House about our ICU capacity. That was something that we were addressing ahead of the pandemic, and the lack of the capacity in the province of Ontario, the lack of health and human resources capacity made it more difficult in the pandemic.

"So the Premier is doing a great job, we've been working very closely with our counterparts across the country."

Calandra argued that other countries such as Italy and Germany are also facing a difficult third wave of the virus.

These are very challenging times that require governments to move quickly, and there is no playbook for this, but we are doing the that best we can to address the needs of the people of the province of Ontario and Canadians as a whole."

The reporter, unsatisfied with the answer, objected to Calandra's insistence that the pandemic was being handled well.

"We're talking about at least hundreds of avoidable deaths in the third wave, the hospital system is on the verge of collapse," the reporter said. "How much worse do things need to get before Paul Calandra no longer has confidence in this Premier?"

Calandra placed blame on the previous government while touting the accomplishments of Premier Ford, but did not directly address the reporter's question.