WATCH: Peter Doocy asks Psaki if Fauci should be censored and removed from social media for his 'misinformation'

"There are videos of Dr. Fauci from 2020, before anybody had a vaccine, and he is out there saying there's no reason to be walking around with a mask. So is the administration going to contact Facebook and ask them to take that down?" 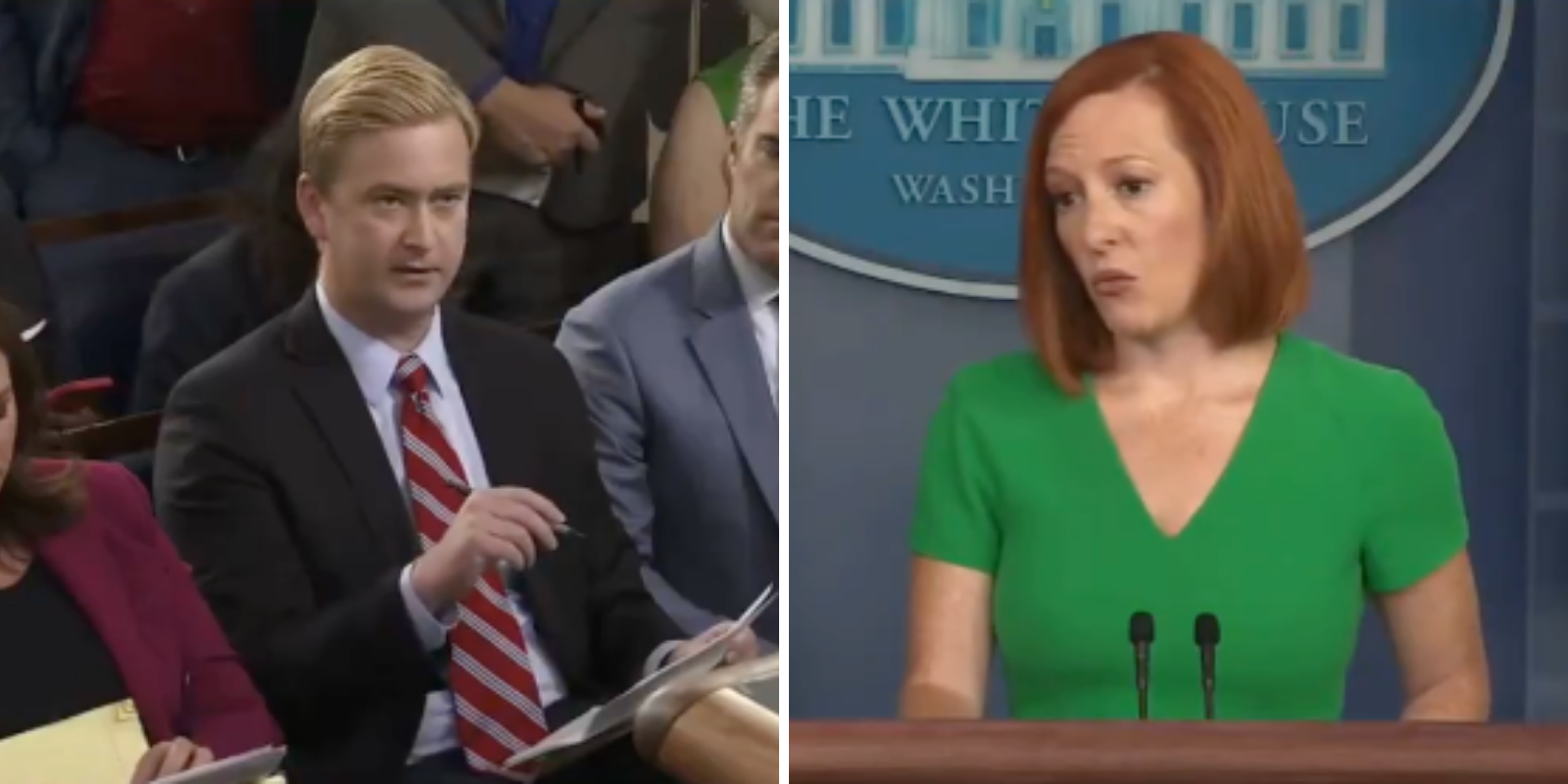 After the shocking announcement from the White House on Thursday that the administration is working with social media companies, specifically Facebook, to ban and censor "misinformation," reporters in the briefing room wanted to know what the process was. Psaki doubled-down on assertions of necessary government interference in social media, and in the press.

"So these 12 people who you have on a list, 12 individuals, do they know that somebody at the Surgeon General's office is going through their profile?" Doocy asked, referring to the 12 people that Psaki on Thursday said were responsible for "producing 65 percent of anti-vaccination misinformation on social media platforms."

"I'm happy to get you the citation of where that comes from, there's no secret list," Psaki said with a smirk. "I will tell you that these are people who are sharing information on public platforms on Facebook, information that is traveling, in inaccurate. Our biggest concern here," she said, noting "I frankly think it should be your biggest concern, is the number of people who are dying around the country because they are getting misinformation that is leading them to not take a vaccine."

"But—" Doocy tried to interrupt.

"Young people, old people, kids, children," Psaki said. "Alot of them are being impacted by misinformation."

"The big concern though, I think for alot of people on Facebook, is that now this is big brother watching you," Doocy said.

Psaki was incredulous. "They're more concerned about that than people dying across the country because of a pandemic where misinformation is traveling on social media platforms? That feels unlikely to me," she said. "If you have the data to back that up I'm happy to discuss it."

Doocy chimed in, saying "About things that are on Facebook: I looked this morning. There are videos of Dr. Fauci from 2020, before anybody had a vaccine, and he is out there saying there's no reason to be walking around with a mask. So is the administration going to contact Facebook and ask them to take that down?"

Psaki defended Fauci, saying "Well first I think what Dr. Fauci would say himself, which I think he's been quite public, out there, is that science evolves, information evolves, and we make that available in a public way to the American people."

Before Doocy could respond, she said "I have never seen any data to suggest that the vaccines cause infertility. That is information that is irresponsibly traveling."

The room erupted with chatter before Doocy was able to ask a follow up. "About the science evolving," he asked, "Facebook used to block people from posting that COVID may have originated in a lab. That is something this president admits now is a possibility. So is there any concern that things you're trying to block or have taken down might someday turn out to be—"

"We don't take anything down," Psaki said. "Facebook and any private sector makes decisions about what information should be on their platform. Our point is that there is information that is leading to people not taking the vaccine and people are dying as a result. And we have a responsibility, as a public health matter, to raise that issue. It's a responsibility we all have. The government, media, platforms, public messengers, to give accurate information," she said.

Concerns are mounting among free speech and free speech advocates who see this far reaching government interference into social media, the press, and private users to be a dangerous manipulation of federal power.

While the administration has expressed their concerns specifically as regards vaccine misinformation, the levers of power that are being flexed could easily be used to cover other areas of discourse and information that the administration and social media companies deem problematic.

During the past year, the US has seen social media companies flag, suppress, and censor, information concerning the integrity of the 2020 election, information about the president's son and allegations of influence peddling and shady business dealings, as well as seeing people banned from social media platforms who participated in a rally and at the Capitol on January 6, and an ensuing riot.

Speaking to Tim Pool this week, Human Events' Senior Editor Jack Posobiec expressed his concern that the social media accounts of those targeted by law enforcement for having participated in the Capitol riot on January 6 are being mined. Posobiec said essentially that the federal government is making lists of who the supposed Capitol rioters follow on social media in order to triangulate who the ringleaders are.

Just as the White House found those 12 people who they have spread misinformation, any individuals could be targeted for pretty much any reason.